8-Year-Old Calls Out NPR For Lack Of Dinosaur Stories

8-Year-Old Calls Out NPR For Lack Of Dinosaur Stories​ 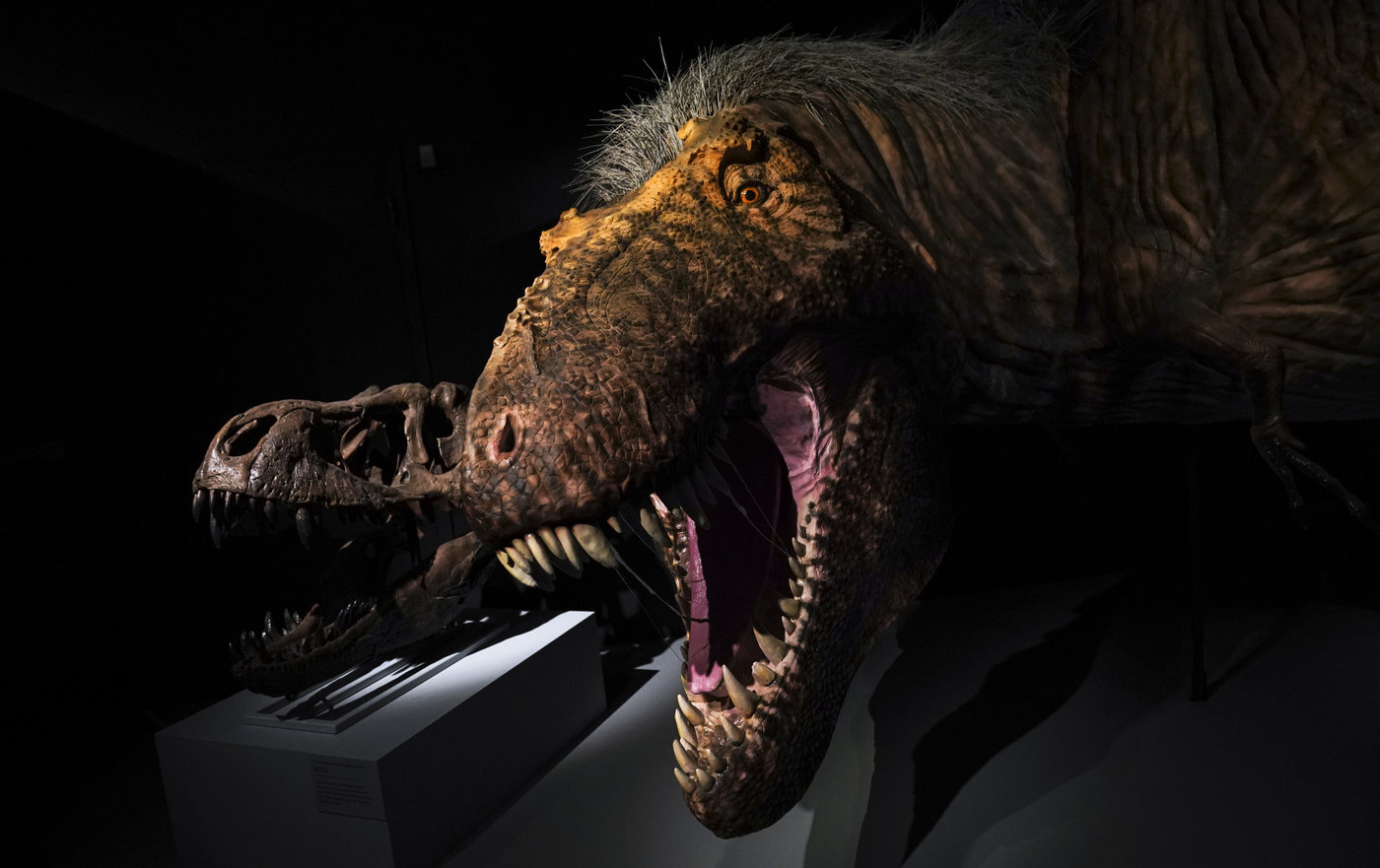 A model of a feathered Tyrannosaurus rex at the American Museum of Natural History in 2019 in New York City. All Things Considered is making amends for its lack of dinosaur coverage. (Drew Angerer/Getty Images)


An 8-year-old from Minneapolis recently pointed out a big problem with NPR's oldest news show, All Things Considered. Leo Shidla wrote to his local NPR station:

My name is Leo and I am 8 years old. I listen to All Things Considered in the car with mom. I listen a lot.

I never hear much about nature or dinosaurs or things like that. Maybe you should call your show Newsy things Considered, since I don't get to hear about all the things. Or please talk more about dinosaurs and cool things.


Leo has a point. All Things Considered is about to turn 50 years old. NPR's archivists found the word "dinosaur" appearing in stories 294 times in the show's history. By comparison, "senator" has appeared 20,447 times.

To remedy the situation, All Things Considered invited Leo to ask some questions about dinosaurs to Ashley Poust, a research associate at the San Diego Natural History Museum. Leo wants to be a paleontologist when he grows up.

What's your favorite part of the job?

"The thing that's the coolest for me is discovery," Poust says. "There's nothing better than being out in the field, figuring out where to go and then looking down and finally finding a bit of a dinosaur sticking out of a hill."

Being a paleontologist also means he gets to work "with a lot of really different, really interesting people," Poust adds. "But also that exchange of thoughts and ideas like we're doing right now leads you to come up with really neat ideas about the history of the world and about these amazing animals." 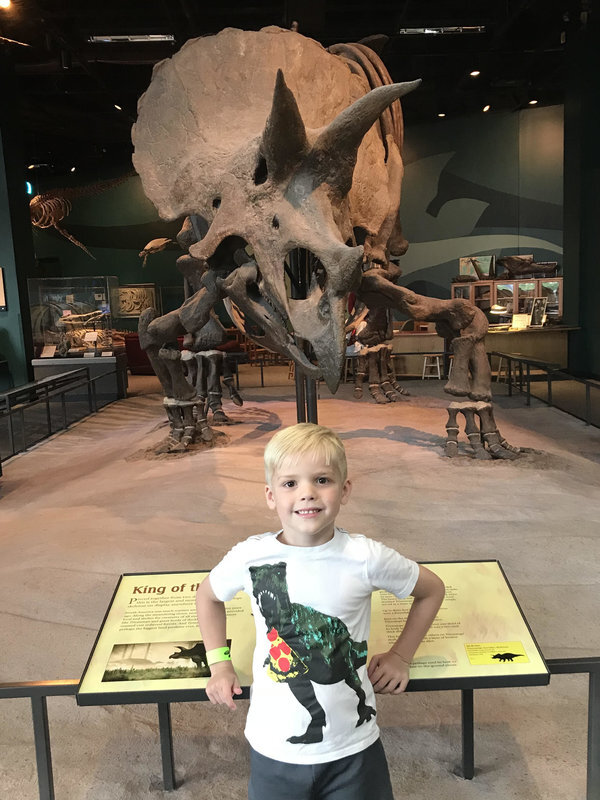 Leo wants to be a paleontologist when he grows up. (Carrie Shidla)


Have you discovered a dinosaur?

"I have," Poust says. "I would say that I hope to find many more in the future, but I've been able to name a few really cool fossil animals. Some of those were discovered by other people in the process of doing fieldwork or even construction. I recently named a dinosaur Wulong, from China. And that was discovered by farmers. I myself have gotten to do some really cool fieldwork in places like Montana and back in China, and I found things ranging from Tyrannosaurus teeth to dinosaur eggs."

Leo's favorite dinosaur is Concavenator. How big was it?

Poust describes Concavenator as a "really interesting animal with huge bones sticking out right up in front of its hips that give it this really sharp sail."

"It's a little smaller than, say, your T. rex or your Spinosaurus," Poust says. "A really tall person might have been able to look it in the eye, but if it reared up, it could easily shadow you. And it would be really scary."

How did dinosaurs grow to be so big and why aren't humans and mammals the size of dinosaurs today?

"These are the types of questions that keep paleontologists up at night," Poust says. "One thing is that dinosaurs are built different. They have weird bones compared to mammals. Giant long-neck dinosaurs, sauropods, actually have huge holes that are filled with potentially air-like sacs. And so that lightens their bodies and maybe gives them structural strength. They also grow different.

"They also grew really quickly. And so maybe they're able to grow to these enormous sizes by being pretty active. And that's one of my favorite areas of research.

"So they were built different. They grow different, but maybe they're not that different. Mammals get pretty big. Whales that are alive today are as big as anything the dinosaurs ever produced. And so don't sleep on whales."

NPR One made a playlist of stories specifically for Leo and any other NPR listeners needing more consideration of "dinosaurs and cool things." Listen here.