More than 40 animals are currently waiting for foster homes at the Ottawa Humane Society. 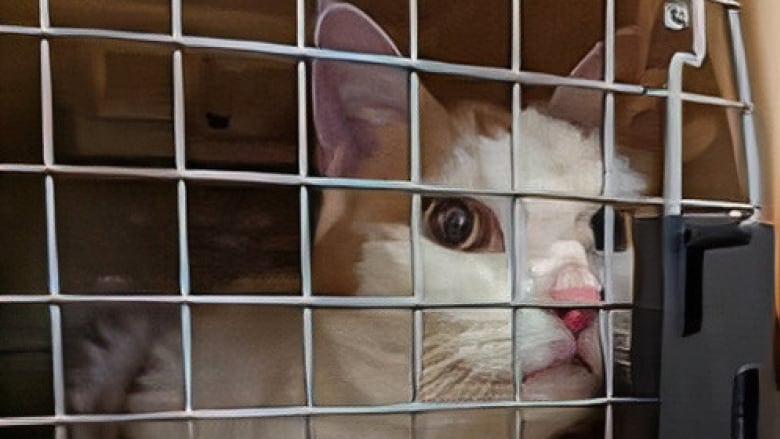 Mishka, a three-year-old tabby, was dropped off at the Ottawa Humane Society earlier this summer. The 'shy and fearful' cat has been waiting for a foster home ever since. (Submitted by Stephen Smith)

One hot July afternoon, a kind stranger in Plantagenet, Ont., found three-year old stray cat Mishka and dropped her off at the Ottawa Humane Society.

Since then, Mishka has spent most of her time "cowering" in the back of her crate, said OHS communications manager Stephen Smith.

Mishka is one of more than 40 animals at the shelter waiting for a foster home, said Smith — a situation OHS has described as "historic," and one that's affecting other animal rescue agencies, too.

"We are slowly entering the new normal of leaving COVID," said Smith. "And perhaps people are saying they don't want to be home as often, they can't imagine having a foster animal at their house."

It's critical to place animals into foster homes, Smith said, as the shelter environment is stressful for many animals and can worsen their behavioural issues.

Other animals need devoted care in a home environment to recover from trauma, injuries or life-saving surgeries, he said. Getting animals into foster homes also frees up space at the shelter to care for animals in urgent situations, Smith added.

Normally, it takes no longer than three to five days to find a foster home, even during the summer "lull," Smith said.
But this summer, things are different — with some animals like Mishka waiting for a human companion for more than a month, with no takers.

The new normal has also meant an unusually high number of pets being surrendered by their owners, according to David Harding, founder of Freedom Dog Rescue.

With people returning to work and travelling again, many owners feel unable to care for their pets, Harding said.
Harding said Freedom Dog Rescue is receiving approximately 10 requests a day from owners looking to surrender their dogs, significantly more than their 25 volunteer foster homes can handle.

The shortage of foster homes means the organization can only help about 10 per cent of the dogs they receive surrender requests for, Harding said. Freedom Dog Rescue is now in "desperate need" of foster homes, according to one of their recent social media callouts for volunteers.

At the Rocky Road Rescue, manager Jennifer Shearer said they've received many requests for help finding foster homes from animal shelters across Ontario that are "over full."

Since no foster care volunteers had stepped up, a Rocky Road Rescue worker took him in, Shearer said.

"We didn't think he deserved to die alone in a shelter," she said. 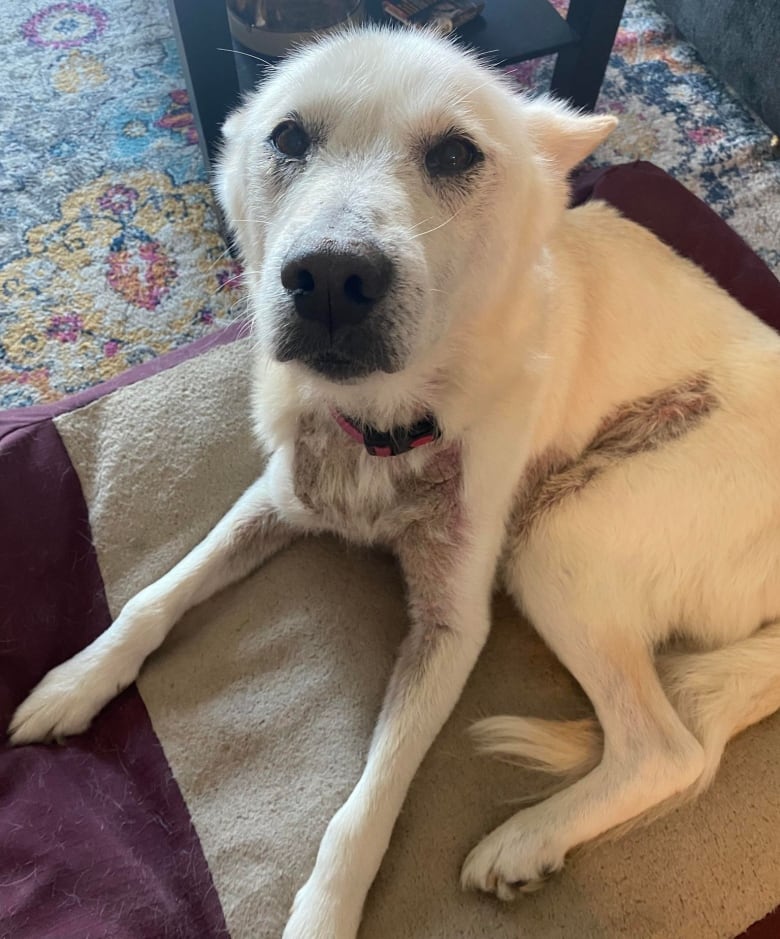 No one volunteered to take eight-year-old Stanley into foster care, so a Rocky Road Rescue worker took him in. (Submitted by Jennifer Shearer)

Since then, Stanley has been "taking treats, being chatty and his tail is up and wagging," according to Shearer.

"A foster home is essentially like the wall that stands between a dog living and dying," she said. "If we don't have fosters, we can't save animals."

At least the well-funded shelters and rescues provide everything for the foster dog or cat, including the pet bed, toys, treats, and food -- as well the vet care.

With adopting an older kitten from a rescue this year, I didn't have any issues except adjustment issues with the kitten being scared of the dogs. Baby gates helped a lot, and the cat still loves to play with the other male cat.

The problem I have had in the past with shelter animals is large dogs. In one case of adopting from a shelter, I rehomed the large dog (part pit bull) to a friend without any pets, and the dog is still doing well. In another other case, even more years ago, I returned the German Shepherd to the shelter because there were too many issues, even for re-homing on my own. (Peeing on my bed twice, scaring the cats, not getting along well with the small dogs, chewing up the furniture, etc.)

With adopting small dogs, I have always been able to adjust, and having hard floors makes it easier when dealing with house training issues. The large dog I have now (a Black Mouth Cur) was adopted from a friend-of-a-friend, and he is relatively perfect. He is harmless to the chickens and the cats.


David Baxter said:
The shortage of foster homes means the organization can only help about 10 per cent of the dogs they receive surrender requests for, Harding said.
Click to expand...

That is another reason shelters should be a last resort.

Unless the pet owner has passed away with no family to help or has become homeless, it is usually much better for dogs and cats to be privately re-homed.

Almost all shelter dogs seem to experience anxiety, such as separation anxiety. On the positive side, it is better than being on the street.
Last edited: Aug 8, 2022
You must log in or register to reply here.
Share:
Facebook Twitter Email Link