Little information is available on avian pain and analgesia, and species differences make choosing appropriate analgesics difficult. This article reviews the current literature on avian analgesia, citing both experimental studies and clinical observations. Information on preemptive analgesia and balanced anesthesia is given. Each category of analgesics is discussed, and specific references to birds are provided when possible. Doses for potential analgesics are also provided as reported in the literature...

Although avian pain management is in its infancy, research and clinical studies demonstrate the benefit of using opioids, steroidal antiinflammatories, and NSAIDs as well as other analgesics such as α2-adrenergic agonists, ketamine, and local anesthetics. Regardless of preventative measures, there may come a day when treatment is needed, and the best course of action is to work closely with a livestock vet. Treatment options are often the same for both mites and lice regardless of species, so if using a powder, or spray, check the label to determine if it covers all pests present to avoid over application. Look for products that contain Spinosad as the active ingredient. Often recommended by vets, it usually only requires one application to deal with all stages of parasite growth.

After a few days of rain, my scissor-beak hen (who never dust bathes) became infested with lice. I normally use "natural products" like non-toxic insecticide sprays for prevention and minor parasite issues, but for this horror show I applied the best thing I had in my shed -- Sevin 5% Dust (carbaryl) -- to her skin and feathers. In any case, it killed all the chicken lice within minutes.
Last edited: Aug 2, 2022

Cross Beak / scissor beak can be severe, but many times, this beak malformation is not hazardous to your chicken's health.
blog.mypetchicken.com

Cross beak is one of the first signs to look for in poor genetics, along with twisted toe and stiff leg in your chicks. The main cause for this type of poor gentics is usually line breeding (father to daughter and mother to son or brother/sister consectutively). To prevent these types of defects from croping up you should observe good animal husbandry practices.
Click to expand...

On the positive side, my favorite hen (named "Scissor") is a senior chicken with a lifelong scissor beak. She is six years old and has outlived most of her "normal beaked" sisters. She is also the most friendly chicken I have ever had (since she is more dependent and is used to being handled often). She will eat out of my hands and will often follow me around like a dog.

I assume she outlived her senior sisters because it would be very difficult for her to be overweight, as she cannot eat anything that is flat on the ground.
Last edited: Aug 3, 2022

An Update on the Sense of Taste in Chickens: A Better Developed System than Previously Appreciated

Taste is important in guiding nutritive choices and motivating food intake. The sensory organs for taste are the taste buds, that transduce gustatory stimuli into neural signals. It has been reported that chickens have a low taste bud number and thus ...

In chickens, taste sensitivity is different for specific taste stimuli. For instance, chickens are more tolerant to ‘sour’ taste compared to mammals, but they are highly sensitive to ‘bitter’ taste, despite having a lower sub-type number of bitter taste receptors [74], and only two of the three sub-types responsible for bitter taste [75]. Chickens also respond strongly to umami taste stimuli that are composed of inosine-5′monophospahte and monopotassium L-glutamate, suggesting that the ‘umami’ taste is highly conserved from birds to mammals [69]. However, they are only responsive to sweet and salty taste stimuli at very high concentrations (i.e., sucrose, 0-5N) [23,57].

Cannibalism in fowl is a costly and vicious habit that poultry producers cannot afford to ignore.

Mixing different ages and sizes of fowl or fowl with different traits promote pecking by disrupting the flock's normal pecking order. Never brood different species of fowl together in the same pen. Don't brood feathered leg fowl, crested fowl or bearded fowl with fowl without these traits. Curiosity can also start pecking. Toe pecking in the first few weeks is often started due to curiosity of the different colors or traits.

I made my chickens a beverage today by taking gravy for cats and mixing it with water. They loved it. I don't know if they liked the texture, color, or taste the most.

One good thing about having chickens is you learn something new everyday about the endless varieties of chicken logic: What food, living space, and social changes do elderly chickens need for their health and well-being? What health challenges do they commonly face?
opensanctuary.org
Last edited: Aug 20, 2022

Online gallery of day-old chicks to identify the breed.

Whoever said diamonds are a girl’s best friend…never owned a chicken. (Facebook) 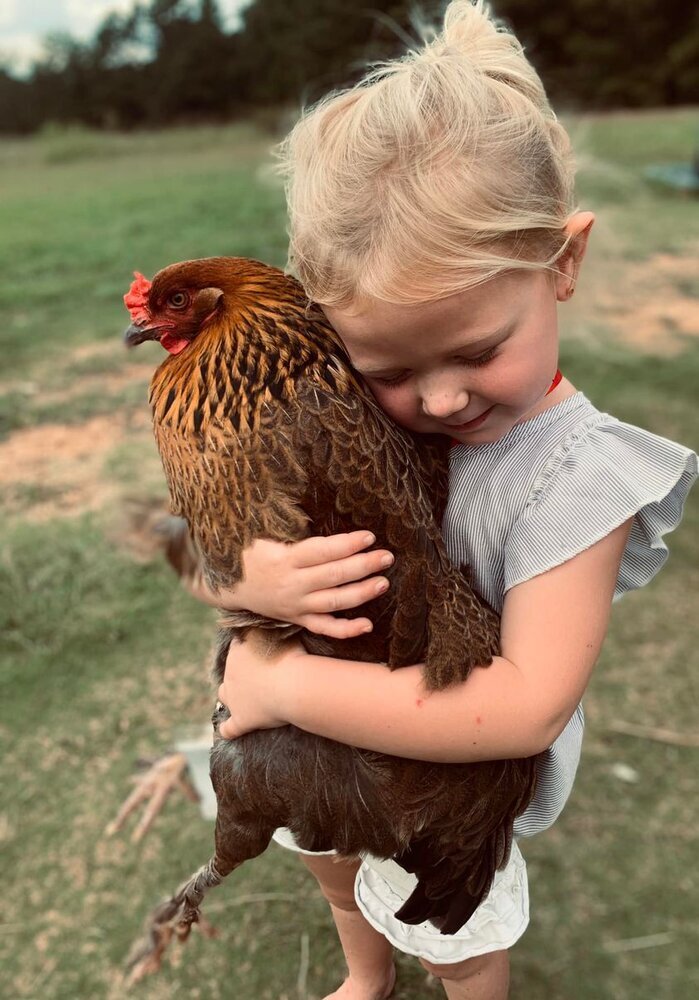 Hens are angels on earth. Roosters not so much

My 1-year-old guineafowl are now free range and they are doing great so far, coming back to their roost at night. Unlike chickens, they can fly high and far and roost in trees. So I plan to use high-value treats like dried mealworms or grubs to help keep them in the fenced areas (as opposed to my neighbors' land).

The new, urgent motivation for free ranging (despite the high risk of escape/elopement with guineafowl) is because various members of the 16-bird flock were being increasingly bullied -- in their large but closed aviary/coop.

The smallest bird -- who was at the bottom of the pecking order -- is pictured below (second from right) with feathers missing (plucked out by her larger, white-feathered stepsiblings): 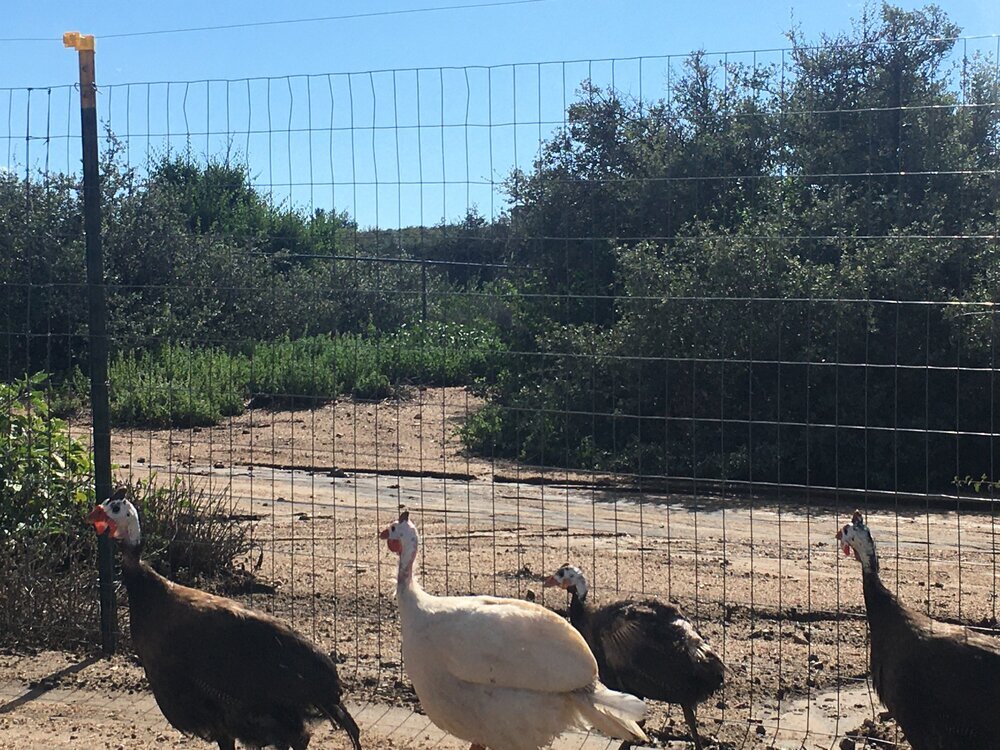 They look like quite large birds, like the size of turkey or geese in that photo. Is that co9rrect?

The guineafowl are about the size of a chicken, smaller than larger chicken breeds like Brahma chickens.

I guess they just look bigger in the picture. My younger brother used to raise backyard chickens when they lived in Banbury Cross, England, or it might have been after they moved up north to Newcastle, just below the Scottish border on the North Sea.

My neighbors may soon be raising birds in their backyard too

The good thing for the free-range situation is guineafowl talk a lot and talk loudly. Even people who don't live near me have heard them before (when the wind is in their direction). So they are easy to find if they don't go too far. I do have a nice, large net from Amazon since they are hard to catch.
Last edited: Saturday at 4:07 PM

David Baxter said:
My younger brother used to raise backyard chickens when they lived in Banbury Cross, England, or it might have been after they moved up north to Newcastle, just below the Scottish border on the North Sea.
Click to expand...

A lot of the English breeds are very docile and show-bird quality. I like to look in the chicken catalogs during the off-season when I am less tempted to add to cart. But I don't plan on getting any more chickens, partly because I would rather just buy my own free range eggs at this point.

My favorite chickens that I have are the Silkies since they are more active / younger and are already naturally smaller/cuter. Silkies are also cheaper to feed given their small size, with less poop to step on. I also like the Ameraucana chickens since one of them will eat snacks from my hand.


David Baxter said:
I guess they just look bigger in the picture.
Click to expand...

Yeah, and guineafowl are lighter than chickens, partly because they are less prone to being overweight. They can run faster and fly further than any chicken.

Though they are a handful at times, I have come to like the guineafowl more than chickens in general since the guineas are wild and therefore (normally) lower maintenance. And they are more resistant to disease and parasites, compared to chickens who are prone to a variety of diseases, including respiratory diseases from wild birds. Guineas also love to eat most weeds, and in large amounts compared to chickens.

Guineafowl are usually free ranged by most people, but I had problems finding anyone online who didn't lose at least a few. I had to buy them online from a hatchery since no one in the state or neighboring states was breeding them at the time -- given how unpopular/loud they are. I am hoping their captivity for over the last fourteen months has domesticated them somewhat -- along with their addiction to treats Their egg shells are very hard, and I cook the eggs for the dogs.

Guineafowl are known as the guard dogs of the poultry world. The one time a large snake was in their coop, they surrounded it and went in alarm mode until I scared the snake away with a water hose. So they may save one of my dogs one day from a snake bite.
Last edited: Saturday at 6:33 PM

My favorite feed in general for poultry is Nutrena's Feather Fixer, which is available at every feed store including Tractor Supply. Though developed to lessen the effects of molting, it can be given year round. The cost is similar to most higher-protein feeds. It smells great too, possibly from the inclusion of oregano oil (which may have antibiotic properties): 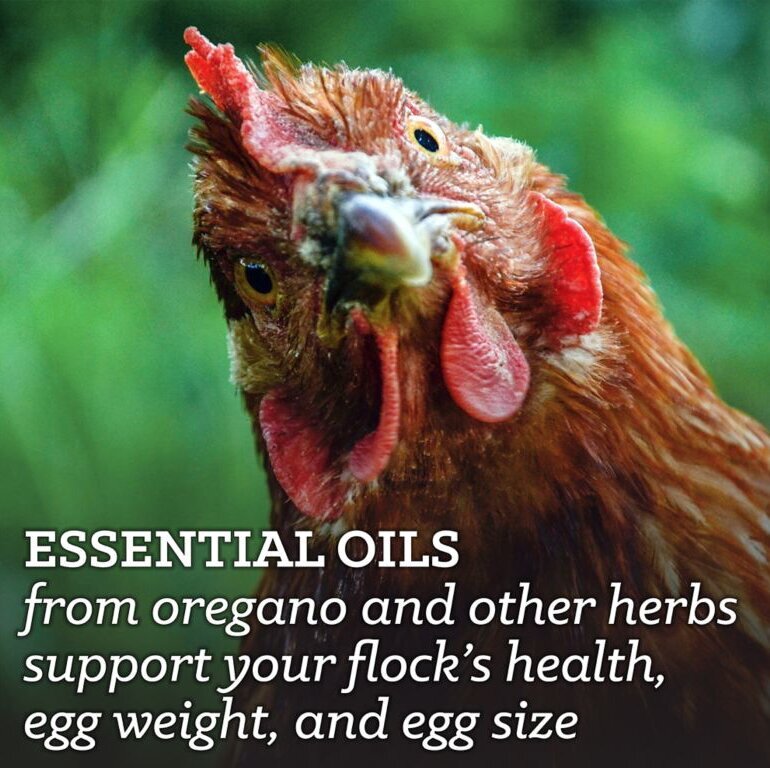 Since Feather Fixer is not a layer feed, laying hens would need access to supplemental calcium, normally from oyster shell. (Otherwise, there is concern hens may become egg-bound or lose calcium from their bones. Roosters and old, non-laying hens have no need for extra calcium.)
Last edited: Saturday at 7:05 PM

I was also surprised by how big they looked in the photo. Glad that's been cleared up

And they are even smaller by Aussie standards

Video of guineafowl "free roaming on a ranch in Texas:"