Concerning Findings About Cannabis Use

Concerning Findings About Cannabis Use
by Suzanne Kane, World of Psychology
November 17, 2019 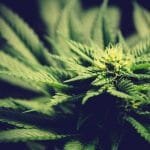 While recreational marijuana is legal in 11 states as of November 2019, more states gravitating toward legalizing the recreational use of the substance, and 33 states allowing medical marijuana, there’s apparently no stopping this trend. Cannabis, in the form of marijuana, hemp, and cannabidiol (CBD) is being used for pain relief, to alleviate stress, cope with anxiety, and a number of other mental health disorders and addictions.

Yet, there’s a dearth of clinical studies that have been conducted on the overall effects on a user’s health. Clearly, as Crain’s Detroit Business points out, more research on marijuana and marijuana-based products is warranted.

Although the ECS controls inflammation, pain, and glucose and fatty metabolism, and its effects include regulation of homeostasis, and prevention of aging and disease, scientific research of cannabis and the ECS is thwarted by the Schedule I classification of cannabis by the federal government. The catch-22 is that there are no studies proving the safety of cannabis, so it should remain a Schedule I drug that prohibits its use in scientific studies.

However, as reported in Hartford Business, Yale University School of Medicine, teaming up with a Portland-based medical marijuana grower (CT Pharmaceutical Solutions Inc.), will embark on the first state-approved study of marijuana’s impact on mental health and stress. The groundbreaking clinical study aims to investigate various medical marijuana strains commonly used in alleviating stress and pain. Yale said the study may also look at the conditions of post-traumatic stress disorder (PTSD) and opioid replacement. Researchers said they hope the study will result in new findings on how medical marijuana may work to alleviate symptoms of pain and stress, as well as contribute to the development of cannabinoid-based treatments.

Researchers’ findings already have influenced how some of the Colorado study’s doctors screen patients. They now utilize a pre-procedure question regarding cannabis use that was added to patient intake forms. Researchers said they do not know the effect of regular cannabis use on the patients’ needs for opioids and other types of pain medication, such as whether they’d require higher doses of such medication for pain. They plan to research this during phase 2 of their study.

Since marijuana was legalized prior to meaningful evaluation of its medical effects, drug interactions and other issues, researchers said they’re frustrated that appropriate research wasn’t conducted prior to consumers being able to access and use cannabis recreationally. Still, such use is now a reality, and must be dealt with.

Cannabis May Not Work for Anxiety
A meta-analysis study published in The Lancet Psychiatry found no clear therapeutic value for various kinds of medical cannabis in a range of disorders, including anxiety, as reported in Forbes. It found that the risks may outweigh the benefits. While researchers noted there’s possibly some advantage for using cannabis with anxiety, the evidence quality is low, making those findings less promising. The medical cannabis used included THC alone, and THC in combination with CBD. There was increased risk of adverse side effects with THC, and the effectiveness of pharmaceutical CBD or THC was limited.

On the other hand, Western University researchers, in a study published in Journal of Neuroscience, found what they say may be the reason why cannabis strains high in THC and low in cannabidiol may be more likely to cause psychiatric side-effects. Researchers investigated how the molecule known as extracellular-signal regulated kinase (ERK) triggers THC’s neuropsychiatric effects. In their study with rats, animals given THC had higher levels of activated ERK, displayed greater anxiety behaviors, and were also more sensitive to fear-based learning. Yet, rats given both THC and CBD had normal activated ERK levels, were less anxious and less sensitive to fear-based learning.

As a result of their findings, researchers proposed that CBD stops THC from overstimulation of the ERK pathway in the brain’s hippocampus, thus preventing negative side-effects. CBD, they found, reversed animals’ anxious and addictive-like behavior caused by THC.

Using CBD & THC in Early Pregnancy May Disrupt Embryo Development
A study of mice published in Scientific Reports shows that one-time exposure to both synthetic and natural cannabinoids (cannabis and cannabidiol) in early pregnancy (on day eight) may result in disruption of the embryo development. Researchers said they’re seeing birth defects that are similar to those seen in fetal alcohol syndrome (FAS). When cannabinoids and alcohol are used at the same time, there’s a more than double likelihood of such birth defects.

The significance of day eight of pregnancy in mice is that it’s comparable to the third and fourth week of human pregnancy. Often, women don’t even know they’re pregnant at this early stage of pregnancy. The cannabidiols administered were within what is considered therapeutic range, while the concentration of cannabis had levels similar to those experienced during marijuana smoking.

Researchers noted that it’s concerning how little is known about marijuana and cannabinoid use during pregnancy, remarking that there’s no safe amount of alcohol to consume during pregnancy and, likely, a similar caution regarding marijuana use. The work was supported by grants from the National Institute on Alcohol Abuse and Alcoholism (NIAAA).
You must log in or register to reply here.
Share:
Facebook Twitter Email Link