Dietary Supplements: Are You Throwing Money Away?

Dietary Supplements: Are You Throwing Money Away?​

Most Americans swear by dietary supplements, with nearly 3 of 4 people taking some type of supplement on a daily basis, a new HealthDay/Harris Poll has revealed.

But many have a mistaken belief in the effectiveness of these supplements, which for the most part don't help folks live longer or healthier lives, said Thunder Jalili, director of graduate and undergraduate studies in nutrition at the University of Utah.

"There's a lot of effective marketing around supplements, and people want to believe and want to find a product that's helpful, so the marketing is there for a receptive audience," Jalili noted.

What's worse, people also have the notion that the U.S. federal government has tight oversight of the supplements industry, and that's simply not so, Jalili said during a HealthDay Now interview.

About half of U.S. adults (49%) mistakenly believe that most dietary supplements available for purchase have been declared safe and effective by the U.S. Food and Drug Administration, the HealthDay/Harris Poll found.

Only about a quarter know that these supplements hit the market without any prior review by the FDA, poll results show.

"There is no FDA requirement to actually study if any of these are efficacious," Jalili said. "Because of that, there is a really mixed bag about what may actually be possibly working or what may not."

Further, 1 in 3 people mistakenly believe that a potentially dangerous supplement would not be allowed to be sold in the United States, the poll found.

In fact, "it's pretty unregulated," Jalili said. The FDA doesn't "necessarily have the legal mandate or the staff or the resources to really keep tabs on absolutely everything, and they don't have a great enforcement mechanism either.

"They may find ingredients or supplements that that are not safe, and they can send letters and they can contact the manufacturers to say, 'We want you to pull these ingredients or we want you to recall these supplements,'" Jalili told HealthDay Now. "But at the end of the day, a lot of these companies don't do that, and there's no real specific enforcement to get them to do that."

Despite this, the poll found that about 9 in 10 people who take supplements are confident the supplements they take are safe for them, including about half who strongly agree.

In fact, a majority of folks (56%) believe that supplements are safer than prescription drugs, poll results show.

"Even though the FDA has been in the public eye more so than ever these past few years, given the COVID-19 pandemic, it appears consumers have misconceptions about the role of the agency in how supplements are vetted for safety," said Kathy Steinberg, vice president for The Harris Poll.

The top three types of supplements taken regularly by adults are multivitamins (35%), vitamin D (31%) and vitamin C (26%), the poll found.

But the science supporting their use simply isn't there, Jalili said.

"There have been over the last 20 to 25 years or so a number of large-scale multivitamin trials, and they've been done with the idea that if we supplement, say, vitamin E, vitamin A, vitamin C alone or in combination, we can reduce the risk of heart disease, reduce risk of mortality, reduce the risk of certain cancers," Jalili said.

"And these studies that have at this point probably enrolled millions of people, they've basically found it doesn't really work," Jalili continued. "Not only that, but in some populations, it actually increases the risk for harm and increases mortality."

Other studies touting the benefits of multivitamins have been done in a controlled lab setting that doesn't reflect real life, Jalili added.

"Let's say half the supplements out there have some data saying that they do something," Jalili said. "The problem is the vast majority of this data is in a cell culture model or an animal model. They're going to act differently than in a complex human. So, that muddies the waters as to what may work and what may not work."

Vitamin A (taken by 4% as beta carotene) and vitamin E (taken by 15%) specifically have been identified as being harmful to people, Jalili said, and the U.S. Preventive Services Task Force has recommended against their use.

And even more recently, a study published last week in the New England Journal of Medicine found that vitamin D supplements did nothing to improve bone health and ward off fractures.

The trial found that middle-aged folks and seniors randomly assigned to take heavy daily doses of vitamin D suffered bone fractures at about the same rate as those taking a placebo.

Food the best source of vitamins

"In some cases it could be bad, but in the vast majority of cases, they really just don't do any good," Jalili said. "If you have close to the recommended amount of these nutrients from what you eat, there's no extra benefit from taking a supplement."

Jalili said it's much better for people to get their nutrients from food.

He gave the example of turmeric, a nutrient that has anti-inflammatory properties and is available as a supplement.

When turmeric is taken as a pill, the body struggles to process it, Jalili said.

"We may take 500 milligrams or 1,000 milligrams of turmeric and will absorb virtually none of it," Jalili said. "But when we take that turmeric root and we use it in Indian curry, where it's cooked and simmered, it has a chance to become more bioavailable. Then we eat that curry and there's other things in that curry, other nutrients, many things together that actually are a better combination."

Despite this overall belief in supplements, the public is also aware of their potential hazards and shortcomings, the poll found.

Nearly 2 in 3 adults know that supplements can negatively interact with prescription medications, the poll showed. Three-fourths say taking too much of certain vitamins can be harmful to health, and 61% agreed that taking more supplements will not necessarily improve their health.

More than 4 in 5 adults agree it's important to talk to their doctor about their supplement use, the poll found.

But your doctor might not be the best source of information about supplements, Jalili said.

"I would say the best source would be to go take a nutrition class at a university or talk to some sort of nutrition professional," Jalili said. "A registered dietitian is always a good source."

The Academy of Nutrition and Dietetics has more about dietary supplements. 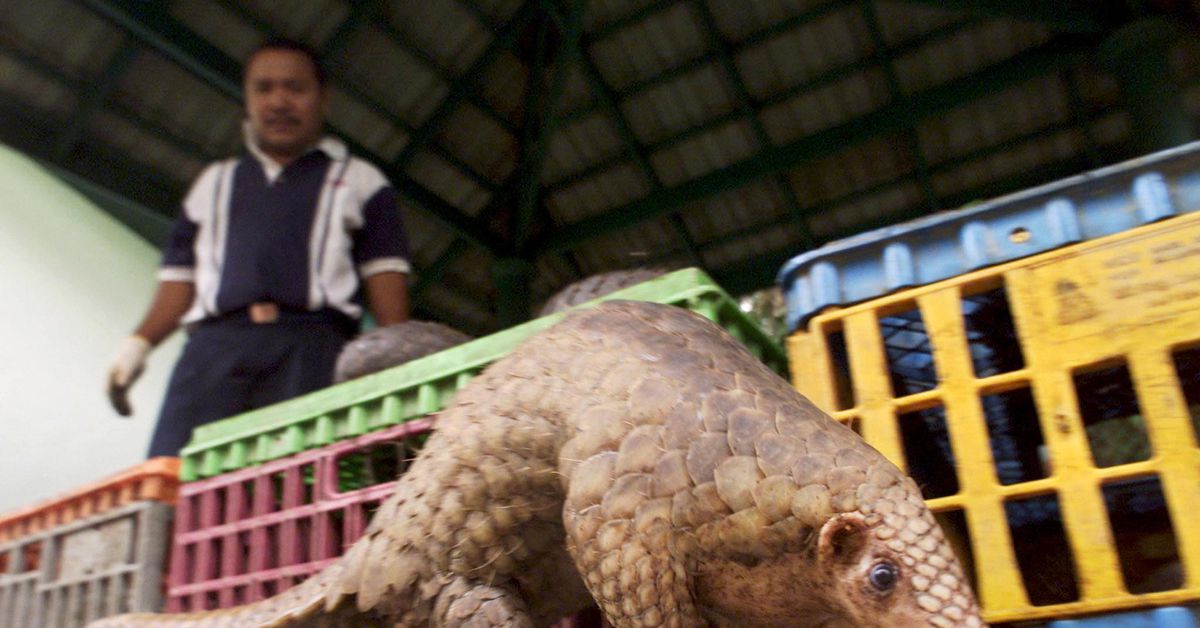 Norway's $1.4 trillion sovereign wealth fund has dumped a tiny stake in $19 billion Yunnan Baiyao , one of China’s top pharmaceutical companies specializing in so-called traditional Chinese medicine, or TCM, on grounds that the company uses pangolins, a species devastated by Chinese demand for...

Norway's $1.4 trillion sovereign wealth fund has dumped a tiny stake in $19 billion Yunnan Baiyao (000538.SZ), one of China’s top pharmaceutical companies specializing in so-called traditional Chinese medicine, or TCM, on grounds that the company uses pangolins, a species devastated by Chinese demand for its scales read more . Norway’s Council on Ethics, which makes investment recommendations to the pension fund, said it found Yunnan Baiyao’s use of pangolin unacceptable.

Are nutritional supplements (like Boost® and Ensure®) good for you?
HealthCentral

...Nutritional supplements can be extremely beneficial for someone who is unable to consume enough calories, protein, vitamins, and minerals on a daily basis. Some indications for daily supplement use include loss of appetite (due to a chronic medical condition), difficulty chewing and swallowing, illness or post-surgical recovery, or when caloric needs are dramatically increased, such as during cancer treatment.

Nutritional supplements in the form of shakes can be purchased in your local grocery store, pharmacy, or wholesale club. They contain a balance of calories, protein, and fat and are fortified with vitamins and minerals. They are intended to serve as a meal replacement or as a supplement to meals if a person cannot eat enough to maintain their caloric needs (or if rapid weight gain is desired due to malnutrition).

But for the average person with no medical conditions that put a person at risk for malnutrition, these drinks can have harmful side effects if consumed in excess. Most of these commercial shakes are high in sugar, which can lead to excessive weight gain if consumed daily. More importantly, the vitamins and minerals in these supplements can quickly exceed recommended daily amounts if ingested in conjunction with regular food. Some vitamins and minerals can also cause side effects when taken with prescription medications, so it’s important to check with your healthcare provider to make sure that there are no potential harmful interactions.

If your goal is simply to add more calories into your diet, think about creating your own nutritional supplement through whole foods. Juicing your favorite fruits or making a smoothie with fruit and yogurt can add extra calories to your diet without adding excessive amounts of vitamins, minerals, or added sugar. If you suffer from a condition such as chronic obstructive pulmonary disease (COPD) or chronic kidney disease, there are specialized formulas that your healthcare provider can recommend that will help you meet your unique nutritional needs...
Last edited: Friday at 1:18 AM

Got anemia? A serving of Cheerios cereal is supplemented with a 70% daily value of iron -- much higher than most food products, including meal replacement bars and shakes. Milk provides very little iron. 8 Foods With More Iron Than Beef

Whether you’re a vegetarian or a meat-eater, most of us could use more iron in our diets.

Dark chocolate is an excellent source of iron, and 3 oz. of dark chocolate containing 45-69 percent cacao packs in almost 40 percent of your daily iron needs. Besides impacting your iron levels, dark chocolate has also been shown to improve heart health, reduce risk of diabetes, and even reduce stress. However, Harvard researchers suggest purchasing dark chocolate made of 70 percent cacao or more to obtain the full benefits.
Last edited: Friday at 4:07 AM
You must log in or register to reply here.
Share:
Facebook Twitter Email Link