How Much Would You Spend on a Sick Pet?

From an article David posted:

Now one might legitimately ask, “Why don’t the US veterinary authorities and organizations take some action such as this?” Well, in my opinion, veterinary authorities are more interested in getting animals to be treated by veterinarians than they are in the particular remedies that are being used. So far, in the US, it’s been a triumph of economics over science. How long that stance holds up, particularly in light of the legitimate strides at curbing non-scientific practices in other countries, remains to be seen. 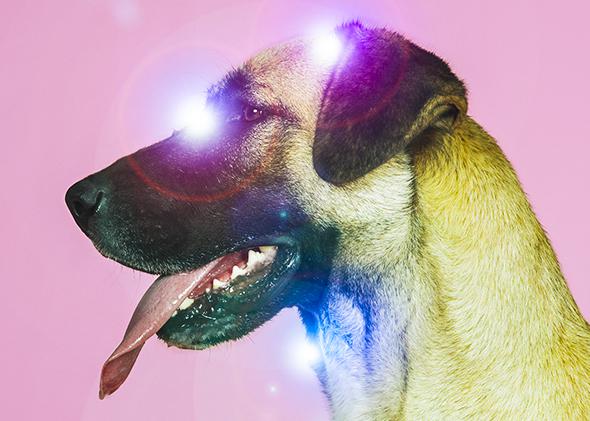 If Your Veterinarian Offers Acupuncture, Find a Different Vet

You know what happens to dogs in China, right? No, not that. I mean acupuncture. Eastern-influenced veterinarians claim that Chinese acupuncturists...

Cherry-picking studies to support traditional Chinese medicine is a tradition in itself. The majority of reviews published on the topic in China contain schoolchild errors. Even systematic reviews, the gold standard of unbiased study aggregation, are flawed. The authors rarely explain their criteria for choosing which studies to include, they may omit conflict-of-interest statements, and they combine the results of many studies without accounting for differences in demographics and methodology. Americans who favor “alternative” medicine seem to think they are rejecting the narrow-minded bias of the Western medical establishment, but they’re just adopting someone else’s narrow-minded bias.

Who cares if someone wants to stick needles in their German shepherd? Fair question.

“Animal acupuncture perpetuates a fraud,” says Ramey. “It also dumbs down the practice of veterinary medicine and allows people to promote their nonsense at the expense of others.”

Acupuncture gives people the false impression that they’re helping their pets, which causes them to forego proven treatments. McKenzie once saw a Rottweiler that had been undergoing non-Western treatment for bone cancer, which is an excruciatingly painful disease. When he recommended medication to control the animal’s pain, the owner’s reaction surprised him.

“She first gave me a puzzled look and eventually became offended,” McKenzie says. “She was completely convinced that acupuncture was controlling the dog’s pain. But the animal wouldn’t put any weight on his leg, and when I touched it, he screamed. Acupuncture makes us think we’re helping animals, when in fact we are not.”

There is a debate to be had about the ethics of placebo treatments in human medicine, especially when it comes to pain. If a treatment makes you feel better, in some cases that’s just as good as actual improvement. Animals, however, don’t experience the placebo effect. They don’t know why we’re sticking them with needles or stuffing ground-up herbs down their throats. Those things only make you feel better. That’s not why you go to the vet.
Last edited: May 20, 2022 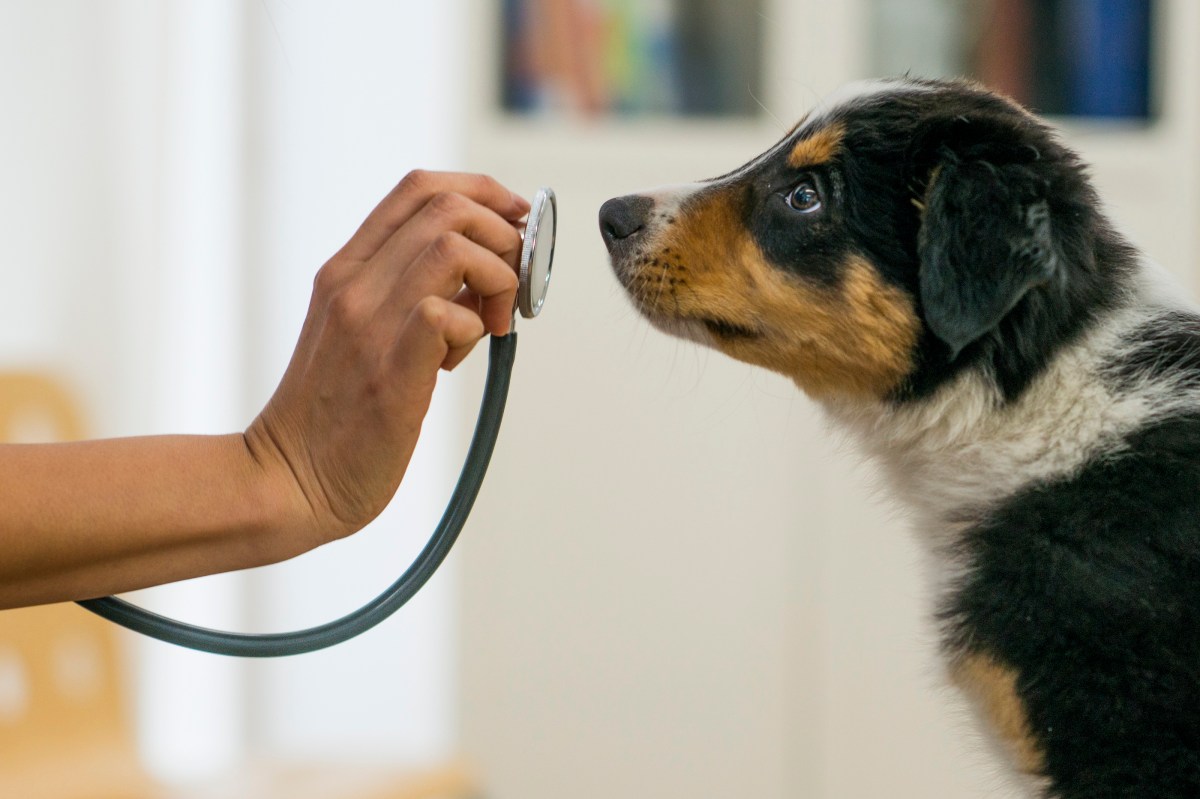 Why is veterinary care so expensive?

U.S. pet owners spend billions of dollars each year keeping their animals healthy. Here's why that amount has been steadily rising.

About 2% to 3% of pet-owning households in the U.S. have pet insurance, versus 25% in Europe, according to Neill.

Neill said that insurance may have failed to gain traction in the U.S. because the products here weren’t particularly good when they first launched.

72% of people in the U.S. said they feel like they can’t afford veterinary care at least some of the time. 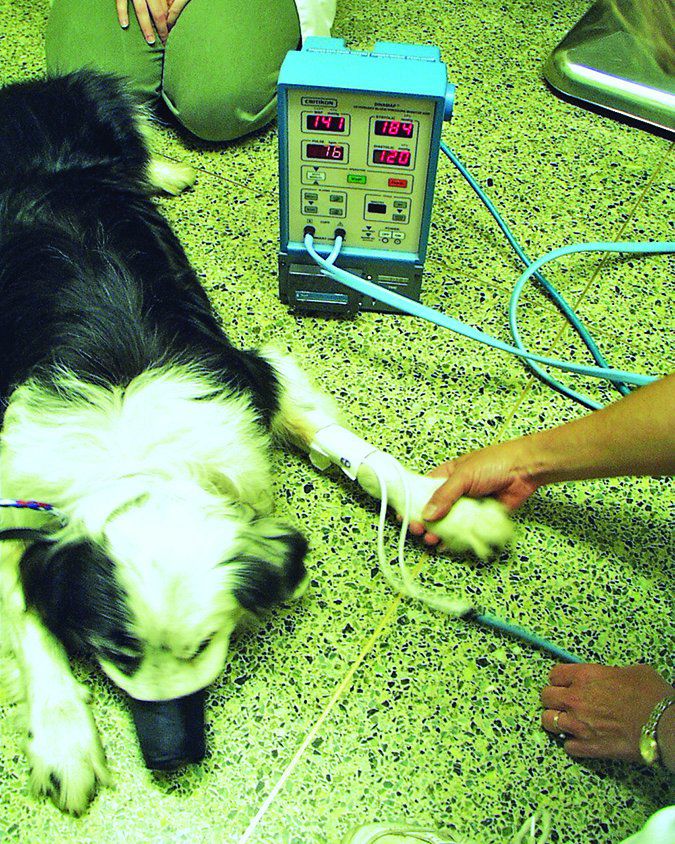 Blood Pressure Tests for Dogs: Worth It? - Whole Dog Journal

A health exam for adults includes a blood-pressure reading. So why not for our dogs? Here's what to know about blood pressure tests for dogs.

“In my senior pets, if money was an issue, I would choose physical exam first, then blood work, then urinalysis for my general health screening,” Dr. Fatcheric says. “If kidney, heart, thyroid, or adrenal disease was detected, I would strongly recommend blood-pressure monitoring. However, the earliest indicator of kidney disease is actually protein in the urine (microalbuminuria).”

On the very positive side, the way tech is going, people won't need to go to the vet for bloodwork. You could do a basic bloodwork with a couple drops with a home analyzer.
Last edited: May 22, 2022

"This is only made 1000x worse by all the veterinarians that were never trained in proper communication. It's been a fairly recent development in the field for vet students to be taught proper client communication; many of the vets that have been in the field for decades still utilize paternalistic approaches that infantilize the client and keep them in the dark."

In the US, university-based treatment centers and other resources for free/subsidized cancer care: Need help covering the costs of veterinary treatments? Browse our list of organizations that might be able to help with some of the costs of your pet's care.

More resources in the U.S: 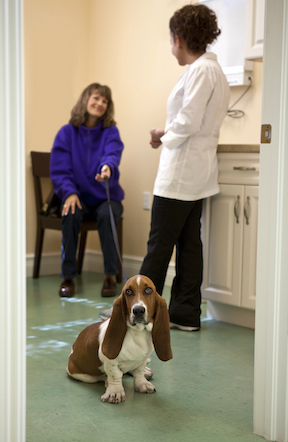 In addition to providing more information about VetBilling for pet owners, you will find links to respected organizations that offer assistance.

The Best Veterinary Telemedicine Services for Your Pet

These days, your pet can get medical help without leaving home. These are our favorite televet services.

Blood Pressure Tests for Dogs: Worth It? - Whole Dog Journal

A health exam for adults includes a blood-pressure reading. So why not for our dogs? Here's what to know about blood pressure tests for dogs.

“In my senior pets, if money was an issue, I would choose physical exam first, then blood work, then urinalysis for my general health screening,” Dr. Fatcheric says. “If kidney, heart, thyroid, or adrenal disease was detected, I would strongly recommend blood-pressure monitoring. However, the earliest indicator of kidney disease is actually protein in the urine (microalbuminuria).”
Click to expand...

Even pets with large, metastatic tumors can have normal bloodwork, which is why abdominal x-rays -- which are usually cheaper than comprehensive bloodwork -- may be more helpful for some senior pets, at least if they have already had bloodwork done not too long ago. This was the case in an elderly cat I had, who had normal bloodwork despite having undiagnosed lung cancer. This was also the case in my current dog with kidney cancer.

After spending thousands of dollars on bloodwork over the years, the only helpful abnormal results I have had in pet bloodwork showed hyperthyroidism and kidney disease in an old, symptomatic cat. So I am personally biased to worry more about bloodwork in old cats than old dogs.
Last edited: Jun 4, 2022

Of course, some pet conditions require frequent bloodwork, such as a CBC and chemistry panel during cancer treatment (such as chemotherapy or Palladia).

Affordable home-based testing for pet bloodwork in the US (similar to convenient, cash-based human health services where someone goes to your home to take your blood sample):

Welcome to Affordable Pet Labs. Vet-Grade Lab Work, Without the Visit. We provide easy and affordable lab work for pets in the comfort of your home. Visit for more!

Daniel said:
This is awesome. I bought my first bag today: 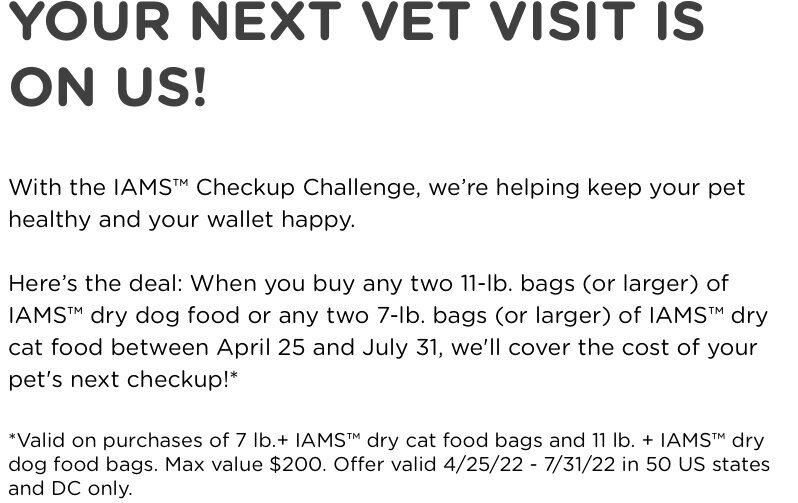 "Offer valid while supplies last. Must be 18 or older & a U.S. resident. Limit one (1) dog and one (1) cat reward per household. Reward is refund of qualifying routine and/or preventative well-check veterinary visit costs (US $200 maximum)."

The cost of vaccines may also be included, but I am not sure.

In Canada, the offer starts May 31:

I already got the refund check today for my 9-month-old kitten's wellness visit. Iams/Mars paid the full amount of the invoice ($189 USD), including feline leukemia testing and initial vaccine, a nail trim, and even the gabapentin medication (for situational anxiety like vet visits):

I think one reason this offer is so generous is because the parent company of Iams, Mars, owns a lot of vet practices in the US and Canada. Also, pet owners tend to stick to the same food brands.
Last edited: Jun 7, 2022

I'm not a dog person but most of my family is obsessed with dogs. I posted this on Facebook to let them know about it.

Most people I know are not motivated by any deal, unless it's a deal at the marijuana dispensary On the opposite spectrum are people who go online to deal-listing sites like Slickdeals (the Canadian equivalent of RedFlagDeals) every day, which I used to do years ago.

I have noticed the same thing at the drive thru. Very few people use the app for mobile ordering, even though it is almost always cheaper that way at BK, Taco Bell, McDonalds, etc.
Last edited: Jun 11, 2022

That's interesting. I didn't realize using the app gave you some lower prices. Thanks!

Yeah, they all have both deals and rewards. Taco Bell's rewards program is the most generous.

Important fine print for Pawp.com emergency insurance (only available in the US):

"The Emergency Fund only pays for the initial emergency care. All other follow up care is at the expense of the pet owner."

"Clients can not access any funds if the pet has been admitted prior to contacting one of our veterinary team for funds."

"You have up to a maximum of 8 hours to take your pet to an emergency clinic or any vet clinic of your choice after being referred by our veterinary professionals. If you exceed the 8 hour period to use your emergency funds, the funds will not be released for your pet's care."

"The emergency fund will not cover additional costs associated with euthanasia, such as cremation or memorabilia."

"We do not cover emergencies associated with breeding or pregnancy issues." 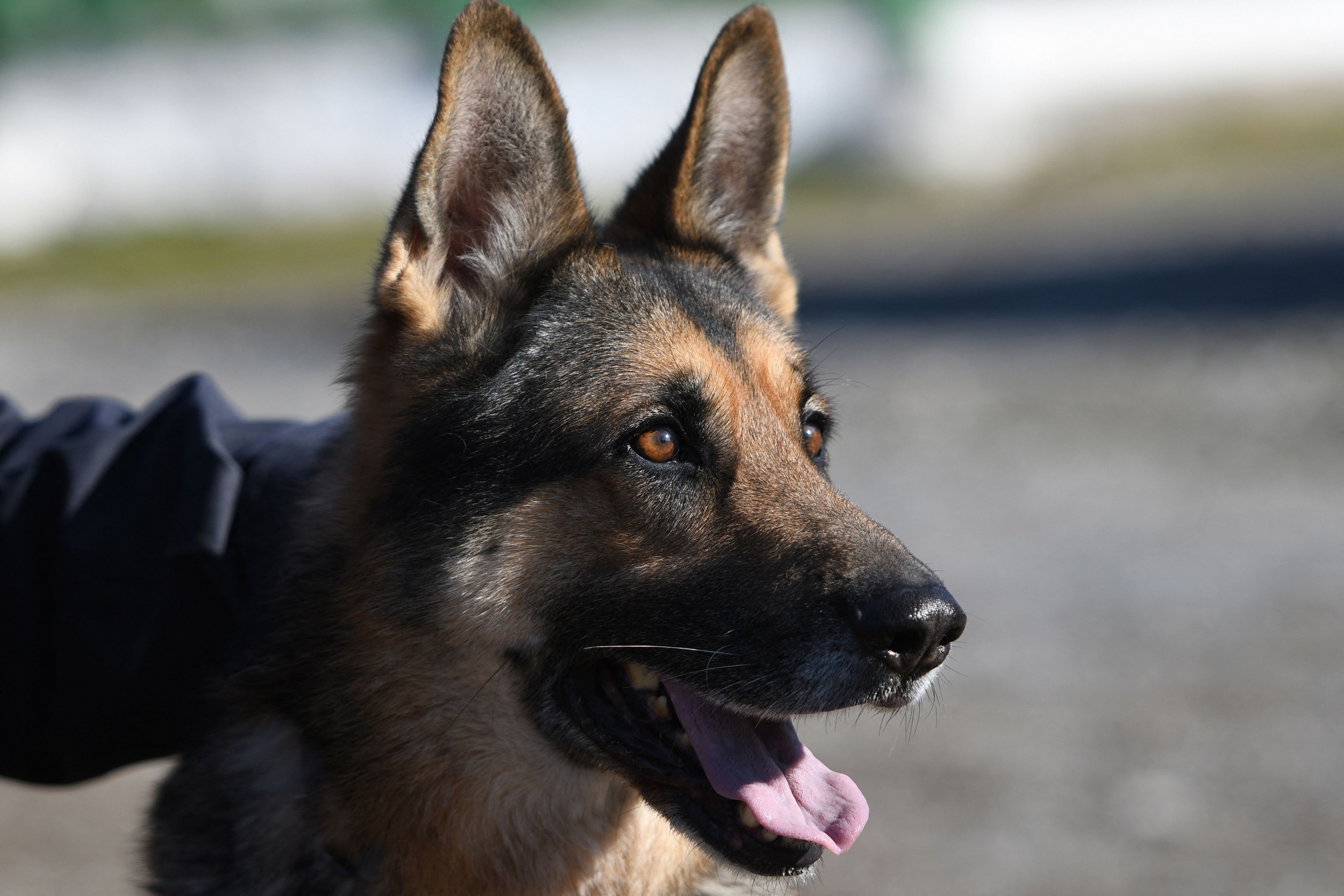 "My kids cry and ask about him every day," Rachel Mullen from Maine, told a local news outlet while speaking about her puppy.

from one of the comments:

"We went to that same veterinary emergency clinic in Maine last July, 2021 with our beautiful 10 year old White German Shepherd suffering from bloat. Told that the surgery would be at least $8,000 and were given literally minutes to decide what to do. Who can come up with $8,000 in a few minutes?"
Last edited: Jun 24, 2022 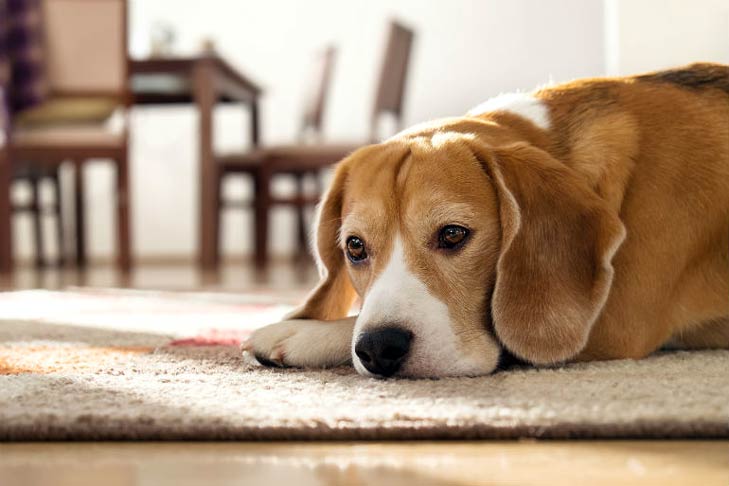 I hate this disease. When I first started as a vet, we gave a dog with bloat a 50-50 chance if he could walk into the hospital. Many were too weak and had

Dogs fed one meal a day are twice as likely to bloat as those fed two meals a day. Rate of eating is also a contributor. Fast eaters have five times the risk than dogs that are slow eaters. Using slow feeder bowls with fingers (or center posts) or putting large rocks in the bowl slows dogs down physically, but it’s also important to address the anxiety that comes with feeding around other dogs, because that can be a risk factor.

Only $15 a month for unlimited telehealth for pets -- up to 5 pets per subscription.