How to Train the Aging Brain

How to Train the Aging Brain
By BARBARA STRAUCH, New York Times
January 3, 2010

I love reading history, and the shelves in my living room are lined with fat, fact-filled books. There?s The Hemingses of Monticello, about the family of Thomas Jefferson?s slave mistress; there?s House of Cards, about the fall of Bear Stearns; there?s Titan, about John D. Rockefeller Sr.

The problem is, as much as I?ve enjoyed these books, I don?t really remember reading any of them. Certainly I know the main points. But didn?t I, after underlining all those interesting parts, retain anything else? It?s maddening and, sorry to say, not all that unusual for a brain at middle age: I don?t just forget whole books, but movies I just saw, breakfasts I just ate, and the names, oh, the names are awful. Who are you?

Brains in middle age, which, with increased life spans, now stretches from the 40s to late 60s, also get more easily distracted. Start boiling water for pasta, go answer the doorbell and ? whoosh ? all thoughts of boiling water disappear. Indeed, aging brains, even in the middle years, fall into what?s called the default mode, during which the mind wanders off and begin daydreaming.

Given all this, the question arises, can an old brain learn, and then remember what it learns? Put another way, is this a brain that should be in school?

As it happens, yes. While it?s tempting to focus on the flaws in older brains, that inducement overlooks how capable they?ve become. Over the past several years, scientists have looked deeper into how brains age and confirmed that they continue to develop through and beyond middle age.

Many longheld views, including the one that 40 percent of brain cells are lost, have been overturned. What is stuffed into your head may not have vanished but has simply been squirreled away in the folds of your neurons.

One explanation for how this occurs comes from Deborah M. Burke, a professor of psychology at Pomona College in California. Dr. Burke has done research on ?tots,? those tip-of-the-tongue times when you know something but can?t quite call it to mind. Dr. Burke?s research shows that such incidents increase in part because neural connections, which receive, process and transmit information, can weaken with disuse or age.

But she also finds that if you are primed with sounds that are close to those you?re trying to remember ? say someone talks about cherry pits as you try to recall Brad Pitt?s name ? suddenly the lost name will pop into mind. The similarity in sounds can jump-start a limp brain connection. (It also sometimes works to silently run through the alphabet until landing on the first letter of the wayward word.)

This association often happens automatically, and goes unnoticed. Not long ago I started reading The Prize, a history of the oil business. When I got to the part about Rockefeller?s early days as an oil refinery owner, I realized, hey, I already know this from having read Titan. The material was still in my head; it just needed a little prodding to emerge.

Recently, researchers have found even more positive news. The brain, as it traverses middle age, gets better at recognizing the central idea, the big picture. If kept in good shape, the brain can continue to build pathways that help its owner recognize patterns and, as a consequence, see significance and even solutions much faster than a young person can.

The trick is finding ways to keep brain connections in good condition and to grow more of them.

?The brain is plastic and continues to change, not in getting bigger but allowing for greater complexity and deeper understanding,? says Kathleen Taylor, a professor at St. Mary?s College of California, who has studied ways to teach adults effectively. ?As adults we may not always learn quite as fast, but we are set up for this next developmental step.?

Educators say that, for adults, one way to nudge neurons in the right direction is to challenge the very assumptions they have worked so hard to accumulate while young. With a brain already full of well-connected pathways, adult learners should ?jiggle their synapses a bit? by confronting thoughts that are contrary to their own, says Dr. Taylor, who is 66.

Teaching new facts should not be the focus of adult education, she says. Instead, continued brain development and a richer form of learning may require that you ?bump up against people and ideas? that are different. In a history class, that might mean reading multiple viewpoints, and then prying open brain networks by reflecting on how what was learned has changed your view of the world.

?There?s a place for information,? Dr. Taylor says. ?We need to know stuff. But we need to move beyond that and challenge our perception of the world. If you always hang around with those you agree with and read things that agree with what you already know, you?re not going to wrestle with your established brain connections.?

Such stretching is exactly what scientists say best keeps a brain in tune: get out of the comfort zone to push and nourish your brain. Do anything from learning a foreign language to taking a different route to work.

?As adults we have these well-trodden paths in our synapses,? Dr. Taylor says. ?We have to crack the cognitive egg and scramble it up. And if you learn something this way, when you think of it again you?ll have an overlay of complexity you didn?t have before ? and help your brain keep developing as well.?

Jack Mezirow, a professor emeritus at Columbia Teachers College, has proposed that adults learn best if presented with what he calls a ?disorienting dilemma,? or something that ?helps you critically reflect on the assumptions you?ve acquired.?

Dr. Mezirow developed this concept 30 years ago after he studied women who had gone back to school. The women took this bold step only after having many conversations that helped them ?challenge their own ingrained perceptions of that time when women could not do what men could do.?

Such new discovery, Dr. Mezirow says, is the ?essential thing in adult learning.?

?As adults we have all those brain pathways built up, and we need to look at our insights critically,? he says. ?This is the best way for adults to learn. And if we do it, we can remain sharp.?

And so I wonder, was my cognitive egg scrambled by reading that book on Thomas Jefferson? Did I, by exploring the flaws in a man I admire, create a suitably disorienting dilemma? Have I, as a result, shaken up and fed a brain cell or two?

And perhaps it doesn?t matter that I can?t, at times, recall the given name of the slave with whom Jefferson had all those children. After all, I can Google a simple name.

Barbara Strauch is The Times?s health editor; her book The Secret Life of the Grown-Up Brain will be published in April.

I have been concerned about aging, the memory not being up to snuff, etc so talked to my doc. I told her I get upset at myself because I am getting so forgetful. I would put my keys down, 2 seconds later, could not for the life of me remember where I had just put them. She said the time to worry was when I couldn't remember what keys were for. Guess I am okay then. Good article, makes me think there is hope for me yet:2thumbs:
SoSo

It's because we have so much information in our brains at this point that there's no room anymore for the trivial stuff...

You know... like our kids' names, what street we live on, do we have a dog or was that just a movie, that sort of thing.
A

Yeah, that and also You know... like our kids' names, what street we live on, do we have a dog or was that just a movie, that sort of thing...
Oh, did you already say that?
R

When I told my doctor I was concerned about always forgetting where I left my glasses, he told me to only become concerned when I forget that I wear glasses.

The author's book, The Secret Life of the Grown-Up Brain, has been released.

What was the most surprising thing you learned about the middle-aged brain?

The hope I saw from real scientists was surprising. A lot of the myths we think of in terms of middle age, myths that I grew up with, turn out to be based on almost nothing. Things like the midlife crisis or the empty nest syndrome. We’re brought up to think we’ll enter middle age and it will be kind of gloomy. But as scientists look at real people, they find out the contrary. One study of men found that well-being peaked at age 65. Over and over they find that middle age, instead of being a time of depression and decline, is actually a time of being more optimistic overall.

The Talents of a Middle-Aged Brain - Well Blog - NYTimes.com
Click to expand... 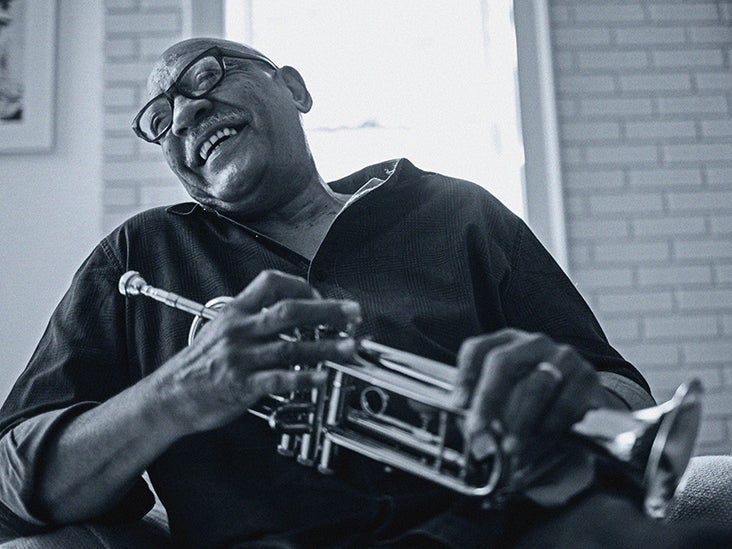 What happens to the brain as we age?

The brain begins to decline with age. Here, we examine what happens to the brain over time and whether or not it is possible to slow the rate of decline.

Although some studies show that one-third of older adults struggle with declarative memory — that is, memories of facts or events that the brain has stored and can retrieve — other studies indicate that one-fifth of 70-year-olds perform cognitive tests just as well as people aged 20.

^^^ Except for conditions like "chemo brain" — more intense when actively taking chemotherapy but persists beyond the treatment period. I don't know of a lot of valid and verified data on this question but there have been claims or suggestions for years that chemo brain memory disruption may be permanent... not to the degree the patient experiences it during treatment but to a degree below pre-chemotherapy levels.

I have always believed (not scientific I know ) that continuing adequate levels of cognitive activity and especially continuing to learn new things as you age goes a long way in reducing memory loss in older patients.
You must log in or register to reply here.
Share:
Facebook Twitter Email Link