Artist thrilled her sculpture is attracting attention from divers and wildlife​ 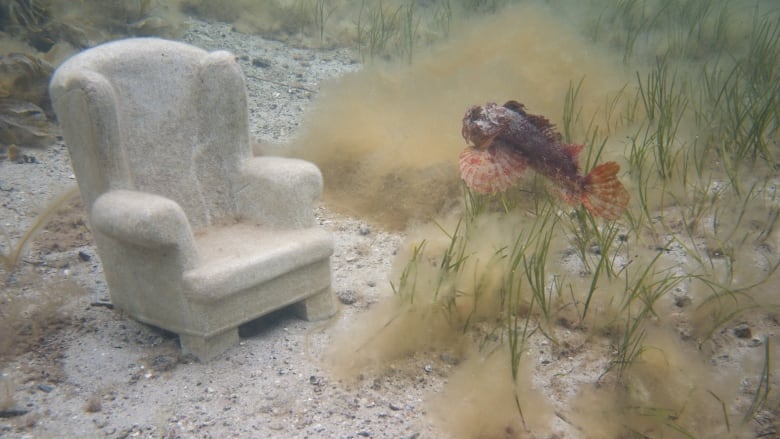 There are many places where you might expect to see an armchair: six metres underwater in Nova Scotia's St. Margarets Bay is not one of them.

And yet there it was: a miniature stone chair casually placed like an aquatic throne on the sandy ocean floor.

I was not alone in my confusion: a passing fish, a red sea raven, also paused to inspect the strange sight. I took a picture and shared it with friends. Everyone in the diving community wanted to know where the chair was and who had put it there.

I was one of the first scuba divers to find the chair, which turned out to be the work of artist Barbara Anne MacKintosh.

She created the sculpture as part of her coursework at NSCAD University in Halifax. It was carved from a single block of limestone, a project that took about 150 hours of labour. She modelled it on a doll's chair she found at Value Village. It weighs about 36 kilograms and stands about a metre high.

"I like the idea of making something that has such a specific purpose but was unable to fulfil that purpose because of its size," she said. "So just a redundant little item, but I thought it was quite comical." 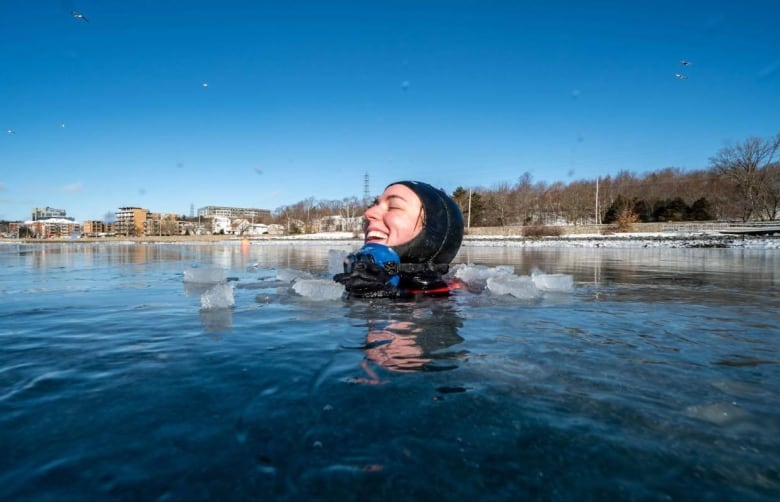 Artist Barbara Anne MacKintosh spent about 150 hours carving the armchair sculpture out of limestone as part of her coursework at NSCAD University. The finished piece weighs about 36 kilograms and stands one metre tall. (Nicolas Winkler)

MacKintosh didn't create the chair with the intention of sinking it. That idea came after she graduated in 2019. MacKintosh was moving back to Alberta, and taking the chair didn't seem practical.

"Because of the weight, I knew it was going to be very expensive," she said. "It was over 80 pounds for sure. I could barely carry it."

That's when MacKintosh thought about her friends in the Halifax Freediving Club. She was one of the original freedivers in Nova Scotia.

It's a sport that involves diving on a single breath. Experienced divers can stay underwater for several minutes.

The freedivers were thrilled at MacKintosh's suggestion they sink the chair as an underwater sculpture. 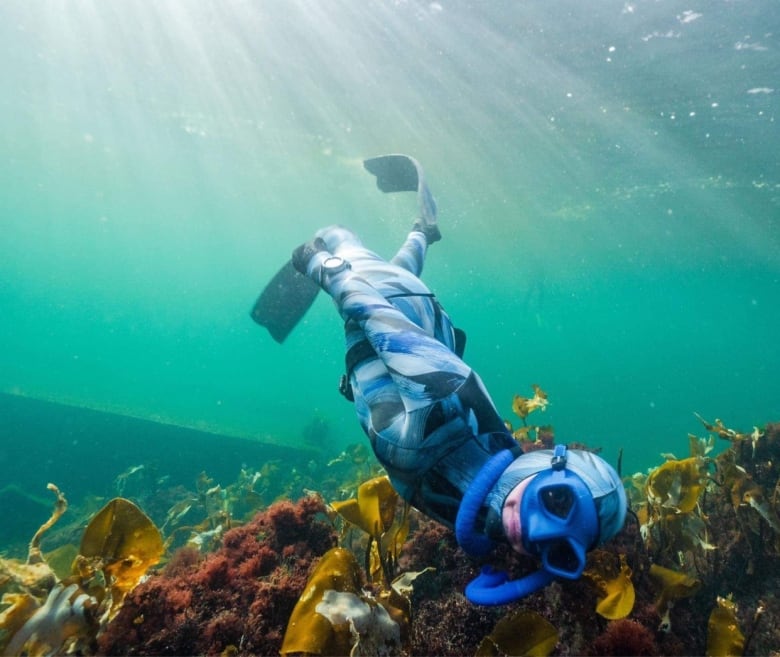 Tara Lapointe is a member of the Halifax Freediving Club. She thinks the chair will encourage people to explore the underwater world. (Nicolas Winkler)

Club member Tara Lapointe remembers the first picture she saw of the chair, which arrived without any sense of scale.

"I was imagining this huge, life-size lounge chair. And then I just thought, how are we going to manage to get this out into the ocean? And then I found how tiny it was and I found that just hilarious."

While the chair is small — about a metre tall — it's heavy. It took four freedivers and a float filled with air to move the sculpture to its new home just off Paddy's Head in March.

"We wanted it to be in an area where divers would frequent," Lapointe said. "And when we felt like we had the right area and our hands were numb enough, we decided to implant it."

The chair sits not far from a collection of concrete reef balls installed almost 20 years ago in the hopes of encouraging lobsters to take up residence. It hasn't been a great success as a lobster habitat, but it's a popular underwater destination for divers.

The reef balls are covered in seaweed as the ocean slowly takes over. The chair has only been in the water a few months, but organisms are already beginning to grow on it. 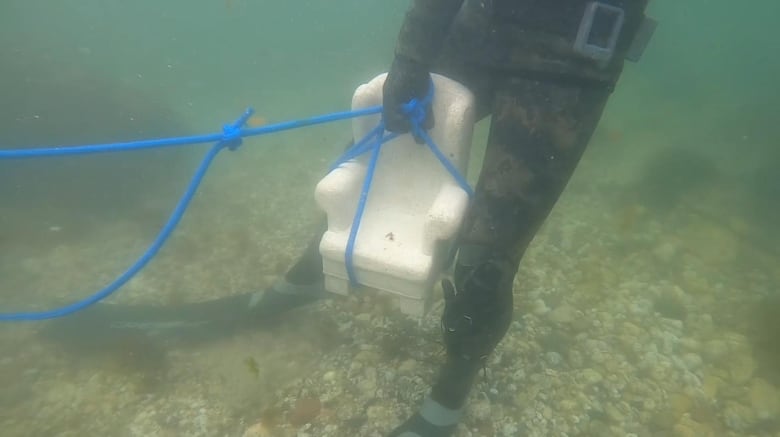 A team of freedivers sunk the sculpture to the bottom of the ocean floor. (Submitted by David Pate)

MacKintosh hasn't seen her chair underwater yet, but she's thrilled it is already being claimed by nature.

"An armchair makes you think of home. I feel like it expresses that the ocean is our home too. We have such an effect on the ocean. And we have so much responsibility to maintain its health. And I just hope people see that."

Lapointe agrees. She thinks the chair will encourage people to explore the underwater world. "It's going to be a living piece of art. From something inert and just stone, it hopefully will come to life as the years go on."

Both MacKintosh and Lapointe hope the tiny chair will inspire the creation of something much larger: an underwater sculpture park modelled on similar parks around the world that have proved to be popular destinations for travelling divers. "That would be a wonderful asset for Nova Scotia," Lapointe said. "We are Canada's ocean playground."

Above all, MacKintosh wants her work to inspire joy — and to keep her connected to a place she loves.