I have said many places that growing up Catholic, for me, was both a blessing and a curse.

A blessing in that my faith became a refuge for me, a retreat where my disordered thinking could latch unto practices and traditions that made me feel normal. Catholicism, with all of its rituals and faith objects, provided me a safe place to go for comfort and consolation, to hear I wasn’t alone, and that I would be taken care of. It was, and has been throughout my life, a source of hope.

But my fervent faith was also a curse in that, with all of its stuff (medals, rosaries, icons, statues), it dressed and disguised my illness as piety. So instead of taking me to the school psychologist or to a mental health professional, the adults in my life considered me a very holy child, a religious prodigy with a curiously intense faith.

For anyone prone to obsessive-compulsive disorder (OCD), religion can serve as a trap within a sanctuary.

Almost every anxiety and insecurity I felt as I kid fed into one fear: I was going to hell. Therefore I did everything in my power to prevent that. My bedtime prayers lasted longer than those recited by Benedictine monks; I read the Bible start to finish; I walked to daily Mass; and every Good Friday I spent five hours in the basement praying all the mysteries of the rosary. But it was never enough. Intrusive thoughts stalked me, telling me I was a horrible person.

What Is Scrupulosity?
Robert McCauley, Ph.D. offers a helpful definition of scrupulosity in his Psychology Today blog:

They exhibit all of the prominent patterns associated with OCD. Scrupulous individuals accord great moral and causal significance to their thoughts. They agonize about their inability to control their thoughts and, particularly, their problematic intrusive thoughts. That leads to constantly performing rituals and pursuing reassurance wherever it can be found.

​
David Clark and Christine Purdon write in their book Overcoming Obsessive Thoughts that “there is no evidence that religion causes OCD. However, your religious background and experience can influence the type of obsessional concerns that develop in people with OCD.” Their book is among the resources listed in a great overview of scrupulosity by The Apostolic Christian Counseling and Family Services called Scrupulosity: When OCD Gets Tangled in Religious and Moral Matters.

It makes sense that intrusive thoughts would hone in on morality issues and religion: It’s a kind of perfectionism, a means to meet the insatiable urge to feel good about who we are when our mood disorder is trying to convince us otherwise. Guilt is a hallmark symptom of depression. Different rites and rituals belonging to the world religions attempt to alleviate guilt. But when mixed with intrusive thoughts, they have the potential to generate even more shame.

What Scrupulosity Looks Like
I thought I was merely trying to be a good Catholic until I landed in therapy my freshman year at college. My counselor encouraged me to read the book The Boy Who Couldn’t Stop Washing: The Experience and Treatment of Obsessive-Compulsive Disorder by Judith L. Rapoport. After reading her pages, I breathed out a huge sigh of relief: I might not be headed towards the burning flames of hell, after all.


Sally, a bright, blonde sixth-grader, had looked forward to her Confirmation. Getting a new dress and having her aunt so proud of her outweighed all the hard work. But a few weeks before the big day she started having crying spells, couldn’t sleep, and lost ten pounds. It all began suddenly, when Sally was doing a class punishment assignment. She thought that she wasn’t doing it properly, that she was “sinning.” I’m always doing something wrong, she felt. The feeling stayed with her. Each day her symptoms became more intense. “If I touch the table, I’m really offending God,” she whispered. She folded her arms and withdrew into deep thought. Sally was terror-struck that she might have offended God by touching her hands. Did that mean that she was striking God? She wondered, retreating further into herself.

Daniel described how hundreds of times each day he would “get a feeling” that he had “done something wrong” and that it displeased God. To avoid possible punishment for these “wrongdoings” at God’s hands, he would punish himself in some way, thus reducing his concern about some more awful punishment occurring at some later time. He would also avoid any actions or thoughts that had accompanied these feelings. This led to the development of complex rules which, in Daniel’s mind, placed prohibitions on his behavior and thinking in virtually every situation of his life.

​
Scrupulosity and Triggers
How does a person continue to participate in his or her faith while staying clear of scrupulosity?

For example, I tend to avoid the sacrament of confession. In the second grade, my religion teacher explained that we enter the confessional as a caterpillar and exist as a butterfly. But that has never been my experience. My poor creature comes out limping, feeling horribly guilty, disgusted with myself, embarrassed, and every emotion they say you get rid of when the priest absolves you. For days afterward, I can’t stop obsessing about all my sins. I also stay away from fasting because I have a history of an eating disorder. Eating three meals a day is an important part of my recovery.

Don’t get me wrong. I think confession, fasting, and all the rites of the major religions can be beautiful, transformative actions that lead to a deeper faith and a sense of love and hope. However, for someone prone to OCD, who constantly beats herself up for every less-than-perfect thing she does, or thought she has, certain rites and rituals can become weapons used to further hack away at self-esteem.

Today I do my best to participate in rites and rituals that feed my soul — fill me with a sense of goodness and love — and refrain from those that contribute to self-deprecating and hurtful thoughts. It’s been a long journey of recognizing what healthy faith looks like as opposed to a form of OCD.

Morality and God’s Unconditional Love
For anyone who struggles with scrupulosity or intrusive thoughts related to morality, I think it’s extremely important to remember is that God loves us as we are. We don’t have to earn His love — not with actions (rosaries), behaviors (being good enough), or with thinking the right thoughts. God loves us unconditionally and forgives all of our sins, real or imaginary.

Most of us aren't Hitlers or animal abusers. Most of us are affected by a long Christian tradition that, in matters of moral import, equates thoughts with deeds; on some level we feel that to think something "bad" is equivalent to doing something bad. So we carry needless psychic baggage in the form of shame and guilt about ourselves. 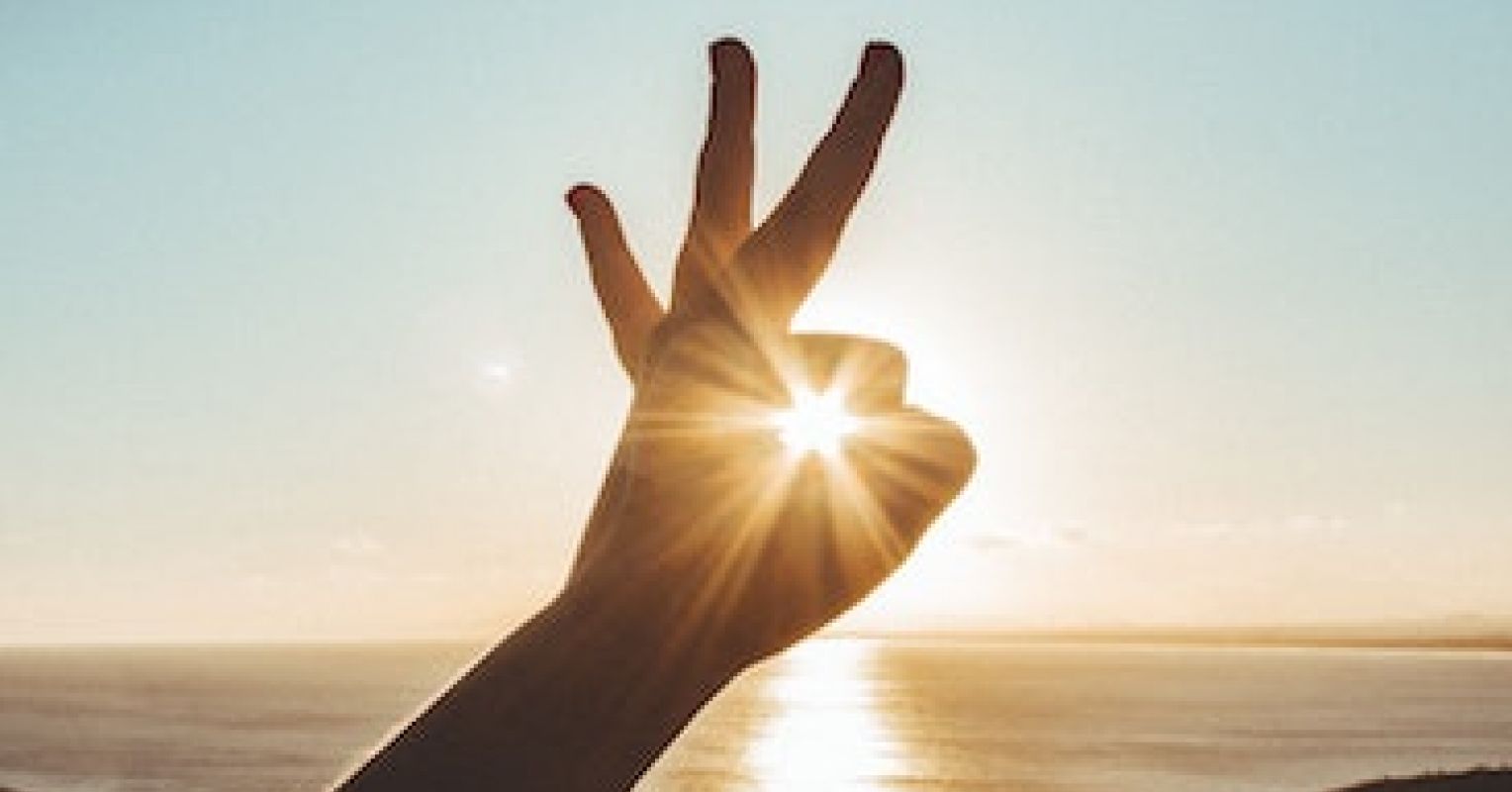 Stop Trying to Be Perfect and Start Being OK

Why being the OK-est version of you is the antidote to OCD.

Your goal, as a scrupulosity sufferer, is not to become the best person, or be the best practitioner of your faith but is to just be the world’s OK-est version of you. Not perfect; just, OK.

Spirituality and religion (S/R) commonly emerge as themes in obsessive-compulsive disorder (OCD), including intrusive thoughts about sin, blasphemous images, and excessive fears of punishment from God. To relieve the distress associated with these thoughts, individuals with OCD may pray, seek reassurance from clergy members, or engage in inappropriate confession behaviors in a manner that exceeds, and in some cases contravenes, their religious or cultural norms.

Research does not suggest that S/R causes or even predicts greater levels of OCD on the whole, rather when religious individuals develop OCD their symptoms tend to take on religious themes. However, research also suggests that the presence of religious obsessions and compulsions predicts poorer outcomes in OCD treatment. This may be explained by limited knowledge among clinicians about religious symptom presentations, as well as difficulty differentiating symptoms from normative religious practices.
You must log in or register to reply here.
Share:
Facebook Twitter Email Link