IS everyone safe and sound during this wicked storm? We are having ice pellets out here in the boonies and most surprising,something called Winter Lightening.Two HUGE flashes of blue light in the sky,,freaked us out but it can happen during blizzards

We are warm and toasty,but hubby and I have decided to invest in a stand alone natural gas generator..for future protection and peace of mind
R

How much accumulation do you have not counting the the snowbanks from the snowplows?

Have you had to clear off your roof?

Good idea on the generator. Do you have it configured so it automatically starts in the event of a power outage?

TSOW said:
How much accumulation do you have not counting the the snowbanks from the snowplows?

Have you had to clear off your roof?

Good idea on the generator. Do you have it configured so it automatically starts in the event of a power outage?
Click to expand...

We have had at least 30cm so far and still going,thats over the past two days.

We havent cleared off our roof,we had a couple of days of warm weather and it all melted and we have a good slope on our roof.

We haven't got the generator yet,but when we do it will have automatic start during a power outage and tests itself once a week.It will run off the natural gas line and provide power to either basics or the whole house depending on the size we get.They don't come cheap,and the village we are in has it's own substation,but it;s above ground

I have to add,I do not want to take part in what happened in this area in 1998

Casualties and Damage from the Ice Storm of 1998:

* 28 people died, many from hypothermia,

* Millions of trees fell, and more continued to break and fall for the rest of the winter.

* Freezing rain started on Monday, January 5, 1998 as Canadians were starting back to work after the Christmas holidays.

* The storm coated everything in glassy ice, making all forms of transportation treacherous.

* As the storm continued, layers of ice built up, weighing down power lines and poles, and causing massive power outages.

* At the height of the ice storm, 57 communities in Ontario and 200 in Quebec declared a disaster. More than 3 million people were without power in Quebec and 1.5 million in Eastern Ontario. About 100,000 people went into shelters.

* By Thursday, January 8, the military was brought in to help clear debris, provide medical assistance, evacuate residents, and canvass door-to-door to make sure people were safe. They also worked to restore power.

* Power was restored in most urban areas in a matter of days, but many rural communities suffered for much longer. Three weeks after the beginning of the storm, there were still 700,000 people without power.

* Farmers were especially hard hit. Nearly a quarter of Canada's dairy cows, a third of the crop land in Quebec and a quarter in Ontario were in the affected areas.

* Milk processing plants were shut, and about 10 million litres of milk had to be dumped.

* Much of the sugar bush used by Quebec maple syrup producers was permanently destroyed. It was estimated that it would take 30 to 40 years before syrup production could return to norma
Click to expand...

We have had to clear off our roof as it was just too much and it is a good thing that we did.

As Lallieth said it probably has been about 30cm of snow combined between yesterday and today but total for the winter I believe before yesterday's storm started we were at 355 cm. The record for the snowest winter is from 1971 set at 444 cm.

I honestly have never seen snowbanks this high in all my life...it is wicked

I use to live in North western Ontario - so I grew up with them. I really feel for you guys because I don't think I could handle it. I would be stuck indoors as I would skid in my chair.

I think the worst of it is over now...poor hubby has carpal tunnel in his right wrist from using the snow blower so much..3 times today!!

We took the dog out for a walk..she enjoyed it...we did not
R

I lived through the infamous ice storm when we lost power for two weeks. We lived using our fireplace, flashlights and meals provided by the army!

It was then I promised myself I would avoid winter if I could.

I am hearing numerous reports from friends here and by telephone about weather conditions in the Ottawa region, and I am sorry to hear the storm is so harsh.

Anyone have any pictures they could attach to postings in this thread to show the snow accumulation?
H

I have taken some photos of the snowbanks earlier today but I haven't downloaded them on my computer yet. When I do, I will post them for you
B

I remember the ice storm - the breeder I got my dog from lived in Vankleek Hill and was taking in pets from the area, so she unloaded all her dogs on me - I had something like 17 dogs in the house...I had also just had my tonsils out a couple weeks prior and was still recuperating...but thankfully was off work so I didn't have to travel or do anything.

That was an absolute mess...hopefully never to be repeated!!
R

I have taken some photos of the snowbanks earlier today but I haven't downloaded them on my computer yet
Click to expand...

I shall be looking forward to those photos with great anticipation. .hoto:

It would be fun if everyone on the Forum affected by this record breaking snowstorm of March 2008 would-- hoto2:--take a picture or two to show us just how tallthose snowbanks really are!!

a picture is worth,a thousand shovel fulls of snow...

PS I woke up to a very cold house..we had so much snow hubby had to go out and clear the vent for the gas,it was full of snow..thankfully we have heat now

From the big one 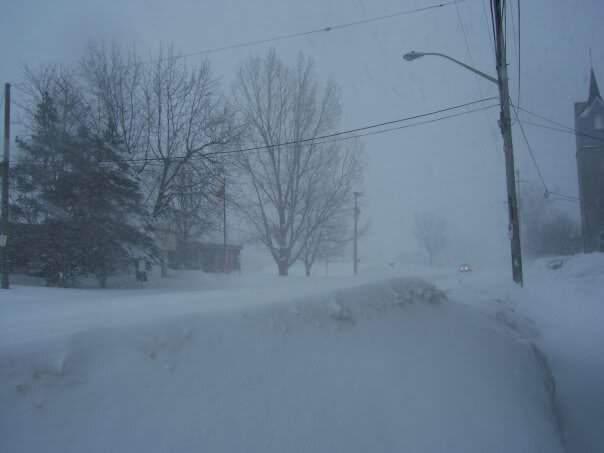 What's happening with schools, public transportation and road clearing in Ottawa after this past weekend?

TSOW said:
What's happening with schools, public transportation and road clearing in Ottawa after this past weekend?
Click to expand...

Well in Ontario its march break for all students,good thing too.Everything is running as it should be.The road crews literally worked around the clock to get the main roads cleared

Out in the country,the city of Ottawa(yesterday) sent out a pickup truck with a blade to clear our sts and the sidewalk guy was here today.

I am sure the airport may still have some delays as this was the biggest week for travel being march break,but other than that,all is running smooth again
R

I've been following the progress of the storm by viewing Ottawa Traffic cameras (requires Flash)..:vroom: