The neuroanatomy of a murderer

Exploring the neuroanatomy of a murderer
By Tim Newman, MedicalNewsToday.com
July 13, 2019

By scanning the brains of hundreds of convicted murderers, a recent study has zeroed in on significant differences in the gray matter of homicide offenders, compared with that of people who have carried out other violent crimes. 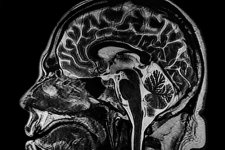 A new study examines the brains of killers.

Homicide, of course, has a devastating impact on individuals and society at large.

As such, it is essential to study the biological, psychological, and social basis of these terrible acts.

Although earlier studies have looked at how a murderer's brain might differ from that of a non-murderer, they have often been flawed.

A group of scientists recently set out to fill in some of the gaps, and they designed the largest study of its type, to date. The researchers have published their findings in the journal Brain Imaging and Behavior.

These include parts of the prefrontal cortex — which is a region that is important for moderating social behavior, among many other things — and the amygdala, which plays a vital role in processing emotions.

Although the findings were interesting, the researchers had exclusively enrolled participants who had been found "not guilty by reason of insanity." Therefore, any of the differences that the scientists measured could have been due to mental illness or brain injury, rather than homicidal tendencies.

Other, later studies have investigated the brains of violent individuals with conditions such as schizophrenia. These researchers have found changes in similar brain regions, but they face the same issues. As the authors of the new study explain:

"They are not sufficient to discriminate homicide from other violent outcomes or from other psychiatric disorders."

​
A new approach
Many of the earlier studies used non-incarcerated individuals as a control group, which is far from ideal. To remedy this, in their latest project, the authors only recruited inmates.

In total, the scientists took data from 808 adult male inmates; each participant fitted into one of three groups:

Importantly, they excluded individuals with a psychotic disorder and any who had lost consciousness for more than 2 hours as the result of a traumatic brain injury.

The scientists did not include any person who had been convicted of a crime that could have involved an accidental death. They also excluded participants who had not been directly involved in the offense.

Alongside MRI scans, the researchers considered other details, including information about substance use, participants' age, and how long they had been in prison. They also estimated each participant's IQ.

Compared with the violent and nonviolent offenders, the brains of the homicide offenders were significantly different; and this difference remained apparent, even after the scientists controlled for the factors mentioned above.

Interestingly, there were no significant differences between the brains of violent and nonviolent offenders. It seems that the neuroanatomy of a murderer is unique.

Where were the differences?
The scientists saw deficits in a range of brain regions, including the ventrolateral and dorsolateral prefrontal cortices, dorsomedial prefrontal cortex, insula, cerebellum, and posterior cingulate cortex. According to the authors:

"The reductions in gray matter among homicide offenders were evident in a number of brain areas important for affective processing, social cognition, and strategic behavioral control."

​
These latest results agree with some earlier studies and also extend previous findings.

Most regions identified in the new study appear to have roles that could be considered pertinent to homicide. For example, the authors explain that some of these regions are thought to play a role in empathy, regulating emotions, making moral decisions, assessing others' cognitive states, and experiencing regrets.

As ever, the study has certain limitations. For instance, although the analysis took a range of factors into account, there could be other parameters that the researchers did not measure. As the authors mention, they did not measure impulsivity — perhaps these neuroanatomical changes are simply a sign that people who murder are more impulsive than those who carry out less violent crimes.

Also, this study looked at brain scans at one point in time, so it cannot determine when these changes arose; were the convicted murdered born with deficiencies in these areas, or did they develop over time?

Concerns and the future
The current study invokes shadows of biological determinism — the theory that our genes define our behavior with little or no influence from our environment, and one that has historically been associated with eugenics and other damaging beliefs.

The authors are quick to distance themselves from these connotations, explaining that:

"[Our findings] should not be mistaken for the ability to identify individual homicide offenders using brain data alone, nor should this work be interpreted as predicting future homicidal behavior."

​
The study included a large sample size, making the conclusions robust, and more data will help to flesh out the details. The scientists plan to continue in this vein and build a more in depth map of the differences that they measured and the networks that connect them.

Others will need to investigate how and why these neuroanatomical changes occur, whether they can be reversed or prevented, and whether reversing or preventing them alters behavior. These are big questions that are unlikely to be answered quickly.

The authors conclude by explaining that their "work represents an incremental step in making our society safer by demonstrating the crucial role of brain health and development in the most extreme forms of violence represented among antisocial populations."

Another factor on top of (or along with) that is alcohol or drug abuse:

About 50 percent of the offenders were under the influence of alcohol at the time of the crime, similar to the rate found by other studies.

The news item mentions this

Alongside MRI scans, the researchers considered other details, including information about substance use, participants' age, and how long they had been in prison. They also estimated each participant's IQ.
Click to expand...

but does not report on whether that revealed anything useful.

From my own past research (many years ago), this doesn't surprise me. With only a few exceptions (e.g., PCP), the only drug I was able to find that was at all significantly correlated with violence was alcohol.

Since most research doesn't attempt to look at specific drugs being abused (and the data relating to that is not easily accessible in public records), typically studies like this just code for substance abuse/addiction as Yes or No. Rarely, they may look at whether substance use or abuse was identified as a factor in the crime. And with large numbers of offenders in the US, Canada, UK, and Europe being incarcerated for possession of cannabis, all of those would typically have been included.
You must log in or register to reply here.
Share:
Facebook Twitter Email Link