The Relationship between Interpersonal Self-Concept and Paranoia

A recent study published in Behavior Therapy examined the relationship between interpersonal self-concept and global self-worth, and psychotic and depressive symptoms in patients with psychosis. The participants consisted of 83 patients, all of whom had diagnoses on the schizophrenia spectrum, and 33 healthy individuals. The researchers measured each participant’s global self-worth, interpersonal self-concept, dysfunctional beliefs, positive and negative symptoms, delusions, paranoia, and depressive symptoms.

Results showed that (1) Global self-worth is related more to depression than it is to paranoia, (2) the perception of not being accepted by others is more related to psychotic symptoms, (3) individuals who believe that others evaluate them positively have lower levels of paranoia, regardless of their dysfunctional beliefs levels, and (4) negative self-concept (i.e., not being respected , trusted, loved, and accepted by others) is most closely related to positive symptoms, paranoia, and psychosis.

A multifactorial model of the formation and maintenance of persecutory delusions is presented. Persecutory delusions are conceptualized as threat beliefs. The beliefs are hypothesized to arise from a search for meaning for internal or external experiences that are unusual, anomalous, or... 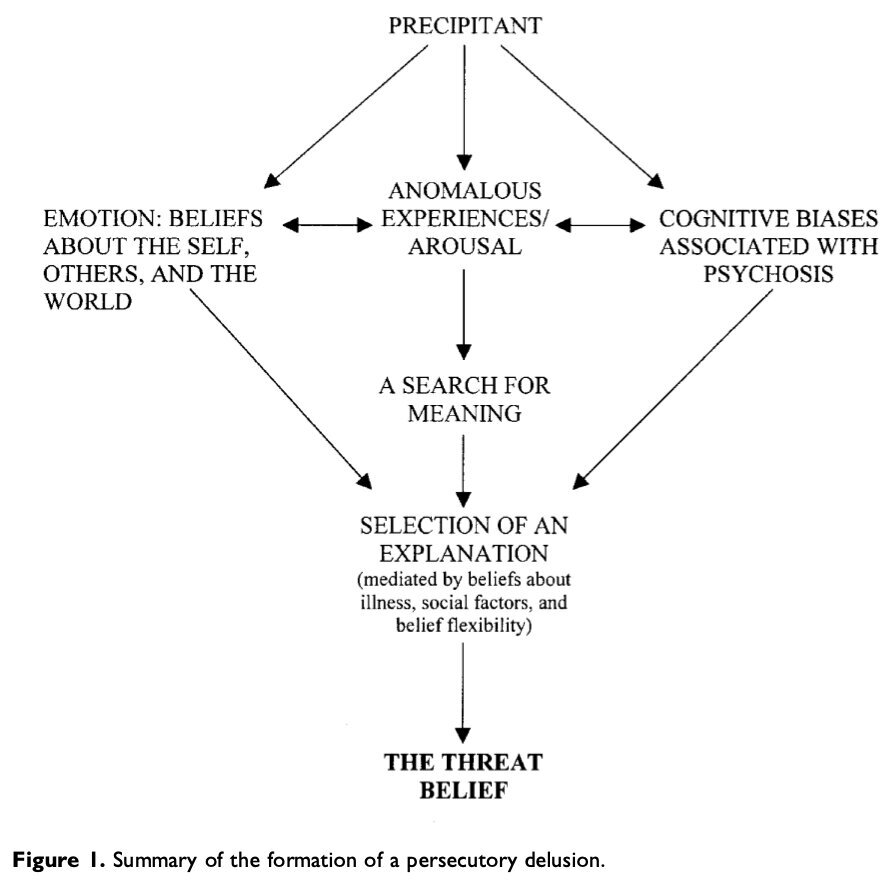 "Anxiety generated by a delusion is likely to alter the processing of the individual and therefore may play a part in the maintenance of the belief."
Last edited: Aug 13, 2022
You must log in or register to reply here.
Share:
Facebook Twitter Email Link