It's now confirmed: What you eat does affect your risk of developing colorectal cancer (CRC).

An umbrella review of studies and meta-analyses found "convincing evidence of an association between a lower CRC risk and higher intakes of dietary fiber, dietary calcium, and yogurt and lower intakes of alcohol and red meat."

However, more research is needed to address the link between CRC and other foods, including dairy products, whole grains, processed meat, and specific dietary patterns, the authors conclude.

"We can say that the existing recommendations for diet in the primary prevention of colorectal cancer is confirmed," commented lead author Nathorn Chaiyakunapruk, PharmD, PhD, a professor of pharmacology at the University of Utah College of Pharmacy, Salt Lake City, Utah.

"It makes sense to encourage healthy diet, including those rich in fruits, vegetables, grains, and low-fat dairy, and reducing red meat and alcohol intake," he told Medscape Medical News. "However, some of them may not yet have convincing evidence to fully support the claim."

Other lifestyle factors, including excess weight and physical inactivity, also play a role in cancer risk. Chaiyakunapruk pointed out that their review was focused only on diet and that they had set out to confirm factors for which there was strong and convincing evidence.

The review was published online in JAMA Network Open.

The umbrella review of 45 meta-analyses found 109 associations. Overall, 35 of these 109 associations (32.1%) were nominally statistically significant, as determined on the basis of random-effects meta-analysis models, the researchers explain.

Convincing evidence was found for an increase in the risk for CRC with higher vs lower red meat consumption and with heavy alcohol intake (defined as more than four drinks per day, compared with no drinks per day or occasional drinks).

In addition, convincing evidence was found for three inverse associations: a decrease in the risk for CRC was associated with higher vs lower intake of total dietary fiber, calcium, and yogurt.

The researchers note that, although not completely convincing, there was highly suggestive evidence for another association: a link between diet and CRC incidence. A higher intake of total dairy products (eg, milk, cheese, and yogurt) was associated with significant risk reduction, in comparison with lower intake. A moderate intake of alcohol (from one to three drinks but not more than four per day) was associated with an increase in incidence in comparison with no drinks or an occasional drink.

Evidence suggested a reduced risk in association with several lifestyle behaviors, including adherence to a Mediterranean diet, a healthy diet, a pesco-vegetarian or semivegetarian diet, and the intake of whole grains, nonfermented milk, and supplemental calcium.

The evidence suggested that adherence to a Western diet and intake of processed meat were associated with an increased risk for CRC.

There was weak or no evidence for the remaining associations.

Patel added that the AICR's report also indicated that there was strong evidence that eating large amounts of red and processed meat, drinking alcohol excessively, and carrying extra body weight increased the risk for CRC.

Many previous studies have suggested a link between diet and CRC risk. One recent study suggested that among all cancers, CRC has the highest proportion of diet-related cases (38.3%). The next highest were cancers of the mouth, pharynx, and larynx, for which almost 26% of cases were linked to diet, followed by endometrial cancer, postmenopausal breast cancer, and cancers of the kidney, stomach, liver, pancreas, and esophagus.

Evidence suggested a reduced risk in association with several lifestyle behaviors, including adherence to a Mediterranean diet, a healthy diet, a pesco-vegetarian or semivegetarian diet, and the intake of whole grains, nonfermented milk, and supplemental calcium.
Click to expand... 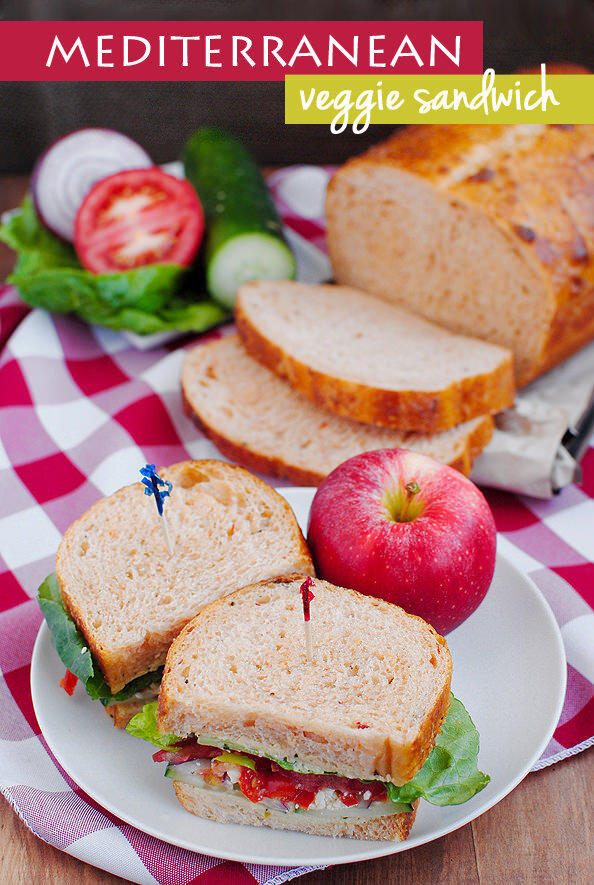 The “Med Veg”, as I like to call it, starts with Panera’s incredible Tomato Basil bread, which is stuffed with layers of thinly sliced fresh veggies, jalapeno-cilantro hummus, feta cheese, and a surprise ingredient – peppadew peppers. This is a surprise because I HATE peppers, but I LOVE these peppers. They’re a little bit sweet, a little bit spicy, and totally make this sandwich!
Click to expand...

I still eat beef occasionally but not a lot of it - mostly chicken and pork and pasta.

David Baxter said:
I still eat beef occasionally but not a lot of it - mostly chicken and pork and pasta.
Click to expand...