Wouldn't that be great for all non disruptive (non threatening) disorders, if people would just ignore and accept people for who they are. Sure would screw up the Dr. Phil show. You all get Dr. Phil in Canada, don't you? Don't know about Australia. Perhaps LIT and I are the only privileged.


Clancey said:
You all get Dr. Phil in Canada, don't you?
Click to expand... 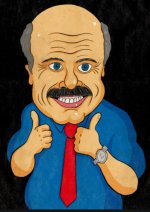 Has Dr Phil done problematic stuff? I've seen him do really good work before, but I haven't gone and looked at anything of him recently.

He's basically a game show host. It's hard to take him seriously.
C

Hey now, you are talking about one of our National treasures. He's a step up above Jerry Springer, what do you want? He's now selling skin care products on his show. I'm waiting for Ivanka's clothing line to be offered.

Jo, I think when the show started it was done with the best intensions, but how a person can do a psychological profile of a family, diagnose and recommend treatment in a hours time is truly amazing. Phil is like a lot of people, I think his success has changed his core values. For some reason it reminds me of the old snake oil salesmen. 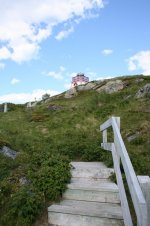 ...Except there are no mosquitoes where I live...

Interesting... I'll have to check out what the show's like these days...

It's funny... I've never personally thought of the commercial thing as being *automatically* negating of a person doing good or being a medium of directing people towards good and useful things or new ideas.

When I was young I had had zero contact with the idea of psychology or compassion + actual useful ideas and hope existing for people with problems. In my family I grew up with attitudes of blame and negativity and stigma towards mental health problems, and an extremely nonexistent knowledge of self-help skills and learning skills that exist, or how change can occur, and extremely skeptical ideas towards "hope" existing for people.

Dr Phil was one of my first points of contact in learning how change can occur and in what is actually happening in a dysfunctional family, a dysfunctional relationship, etc.... sone of the dynamics of what is sometimes happening. I have also found his books to be very good, useful, healing stuff that he has been able to get a very large number of people to learn the existence of. In my experience of the show which I watched a whole lot of in the early years, it was never suggested that he is ever diagnosing or treating anyone in one hour. Rather, that countless hours pre-show have been put in by other professionals working along with him followed by countless hours of treatment being offered after the show to the people who have chosen to appear, if they want it. (and often they are people who have no other access to treatment and are receiving a lot of benefit through this free offer of help). He just happens to televise a tiny bit of the long-term work in the part where one aspect of an unhealthy dynamic is presented. I can't tell you how many things I have been able to understand better because of what has been presented on the show.

I don't know... I guess I just wouldn't want to see his work completely negated if it has definitely helped to increase an attitude of curiosity and hope in a big number of people that its commercialism has allowed it to reach. It was certainly very, very, very instrumental in me being the first person in my family to actually take an attitude of curiosity and hope, and eventually being able to change attitudes and increase knowledge in my family, and in fact was pretty lifesaving for me in feeling a small initial amount of empowerment and self-esteem and an alternative to the hateful and extremely toxic attitudes that had been around me my whole life and that were hurting me and others in my family a great deal. And this was pre-internet days where his medium had allowed these different ideas to reach me when no other medium had.

I wonder though if he has moved more and more towards products and stuff over the years. I do remember those days similarly when I'd look forward to Oprah when she would present a topic I knew very little about, important things I wanted to understand better, but you never knew if the show was going to be that or be one of the more "fun" shows. I never thought of the 'fun' shows as necessarily negating the other important educational stuff she did, though. But yeah I dunno, maybe thats just me...

If he's selling moustache conditioner that should do well - and justifiably so.

I agree Clancey - he used to come across as more genuine and well-intentioned - or maybe I was just naive about it then. Then I hadn't seen it for ages and just saw things about the show that made me really uncomfortable, like doing interventions on incredibly vulnerable people with big intrusive camera teams there.Sometimes feels like the world is turning into a game show/ reality show *bitter cynical sigh*

Sorry MHealthJo - my message just crossed with yours - and definitely wouldn't want to negate anyone who's been helped by his show, and probably lots of people have. That's great it started you on a journey of curiosity and hope. I did find it helpful in the earlier days and even if I went off it later it still helped at the time.

Oh it didn't cross with your message, it showed up after it. I'm easily confused sometimes.)

Thanks Harebells... Hmm, I'll definitely have to look sometime at what he's up to now. It's definitely a shame when a medium that was doing some good changes too much into something else.
C

Jo and Harebells, you both make some strong points. When Dr. Phil first came out I think people realized it was okay to talk about psychological issues. Fast forward a few years and it's a big production that has attracted a lot of money. It's a far cry from going into see a mental health professional and working one on one, it's like it is commercialized. I have seen Phil bringing guests in from "The Doctors," show, which in a sense is overlapping physical medicine with mental medicine, the point I was trying to make during my rant on the General Store thread. Perhaps that will spark more understanding of a shared type science.

As much as it's fun to make fun of Dr. Phil, as you both have shared, perhaps he has acted as a catalyst to bring about personal change and growth. He has just done some stupid things to keep the ratings up on his show.

Harebells, so what is St. Patrick's Day like in Ireland? Here it's about corned beef, cabbage and lots of green colored beer.

Yes it's probably sowed some positive seeds whatever else. I do worry that some of the actual guests could be harmed by the experience though. I've read some worrying things but I don't really know about their veracity.

So...St Patrick's Day here. There are lots of parades, on very varying scales, (and unfortunately it's already raining today!) Otherwise lots and lots of drinking, to a bacchanalian degree - guinness, not green beer (I don't think we have green beer but I could very well be mistaken.) Cabbage and bacon would be a traditional dish here but not especially on Paddy's day. Lots of music in pubs etc. So anyway, happy paddy's day! Will you be celebrating? (I'll probably be hiding until it's over to be honest!)
C

Harebells, my neighbor will encourage me to go to mass, but I'll focus my religious obligation on Easter. My days of making a complete fool of myself in a public drunken celebration, have long passed. I may wear something green so I can blend. Happy Paddy's Day to you and thank you for sharing about that. Isn't there a particular style of dance associated with Ireland? My family history includes Scotland, but I am embarrassed to say I don't know much about that Country either, just bits and pieces.
B

Many many years ago, when he was good, I went to see the Dr Phil show in person. It was interesting, and I think he does some good work, but he is a celebrity first and not even a real psychologist, so his number one priority is ratings, as we've seen with the decline in the quality of the show with each passing season.
R


Clancey said:
Harebells, my neighbor will encourage me to go to mass, but I'll focus my religious obligation on Easter. My days of making a complete fool of myself in a public drunken celebration, have long passed. I may wear something green so I can blend. Happy Paddy's Day to you and thank you for sharing about that. Isn't there a particular style of dance associated with Ireland? My family history includes Scotland, but I am embarrassed to say I don't know much about that Country either, just bits and pieces.
Click to expand...

Yes a dance with lots of leg movement and no arm movement.There is also 'sean nos' dancing (that just means 'old style') which is a bit looser and more improvisational and you can move your arms- hoorah. Enjoy the day anyway and we can both enjoy not having hangovers later!


Harebells said:
Yes a dance with lots of leg movement and no arm movement.There is also 'sean nos' dancing (that just means 'old style') which is a bit looser and more improvisational and you can move your arms- hoorah. Enjoy the day anyway and we can both enjoy not having hangovers later!
Click to expand...

There's Irish Dancing which is rather like stylized ballet and Irish Step Dancing (think Riverdance):

Well what's referred to as Irish dancing is actually Irish step dancing - they're one and the same thing. Riverdance etc are the Dr Phils of Irish dance! (See how I nearly got us back on topic for a second there!) It's a more jazzed up version of step dancing. There is also set dancing - just to confuse things!

This is Sean n?s dancing. But everyone has their own style so might be different with someone else:

And then there's Irish Toddler Dancing: