Should You Worry About Wheat?
Berkeley Wellness
August 1, 2012

Wheat has long been a dietary pariah for the millions of people who have jumped on the low-carb-diet bandwagon or who think they’re allergic (or at least sensitive) to the grain. Now even more people are hesitating about eating wheat after reading the claims made by William Davis, M.D., a cardiologist and author of the bestseller Wheat Belly, which is subtitled “Lose the Wheat, Lose the Weight, and Find Your Path Back to Health.”

Not only does wheat make us fat, Dr. Davis says, it is addictive and causes everything from heart disease, diabetes and obesity to arthritis, osteoporosis, cognitive problems and cataracts. In fact, he claims, it has caused “more harm than any foreign terrorist can inflict on us.”

Wouldn’t it be great if there was a single villain behind the chronic health problems plaguing us, and if all it took to reverse them was to stop eating wheat? It's true that those with celiac disease, which causes symptoms such as diarrhea, bloating, cramps, weight loss, fatigue and more, do have good reason to avoid wheat (see "Celiac Disease" box, below). But for the rest of us, there doesn't appear to be one sole dietary scoundrel.

Myth: Most grains are bad, but modern wheat is the worst because it has been altered over the years via selective breeding and is now a virtual “Frankengrain.” It is loaded with amylopectin A (a starch unique to wheat), which is “worse than table sugar,” Dr. Davis says, boosting blood sugar dramatically and stimulating appetite. Modern wheat also contains other components with adverse effects, and its gluten, a protein, is more likely to trigger reactions than that in older wheat.

Fact: For well over a century, food scientists have developed hybrid varieties of wheat to be sturdier and have higher yields, better quality and greater resistance to disease and insects. That’s true of most food crops. There’s no clinical evidence that differences between today’s wheat and older varieties have adverse effects on our health. It’s all supposition on Dr. Davis’s part, and feeds into pervasive fears of modern agricultural methods. We think this particular fear is unfounded.

Myth: Wheat is the main culprit behind the obesity epidemic.

Fact: Wheat is a staple in most parts of the world, and there’s little or no correlation between regional intakes (as a proportion of daily calories) and rates of obesity. Per capita wheat consumption in the U.S. has actually dropped since 2000, but there’s no sign that that is slowing the expansion of our waistlines.

In fact, a century ago Americans ate much more wheat than we do today, and very few were obese (granted, diets and lifestyles differed in many ways then). In any case, the obesity epidemic certainly can’t be attributed to any single factor.

What about Dr. Davis’s claims that when he told his patients to avoid wheat they lost weight and become healthier? As with nearly all diet books, this is only anecdotal evidence, but it’s not surprising. Had he told his patients to cut out all meat or all sugary snacks, for instance, they might have done as well or better. Nearly all diets work for a while, especially in supervised settings, usually by getting people to avoid whole categories of foods and thus tricking them into cutting calories. Keep in mind, too, that Dr. Davis basically recommends a low-carb diet, and well-designed studies have found that such diets work no better than other diets in the long term.

Myth: Wheat has played an outsized role in surging rates of diabetes, heart disease and other chronic disorders.

Fact: There’s no evidence that wheat bears special blame for these. Blood sugar does rise after eating bread, pasta and other wheat products. But that’s true of any foods containing carbohydrates — even those in gluten-free products — especially if the grains are refined.

The effect of carbohydrate-rich foods on blood sugar, which is ranked by the “glycemic index” (GI), depends on many factors, including how much fiber is in the food, how the food is processed and prepared and what else is in the meal. Wheat ranks moderately high on the GI. But research looking at the effect of a high-GI diet on weight control and the risk of diabetes and heart disease has had inconsistent results.

Refined wheat, like other starchy or sugary foods, can also have adverse effects on blood cholesterol and triglycerides — for instance, increasing levels of the small, dense LDL cholesterol particles that are most damaging. To avoid this, you needn’t avoid all wheat or go on a very-low-carb diet. Just choose healthier wheat products that are minimally refined or unrefined, and don’t go overboard.

Myth: Whole wheat isn’t much better than refined wheat, so overweight people and those with chronic diseases should avoid it as well.

Fact: Many studies have linked higher intakes of whole grains, including whole wheat, with a reduced risk of diabetes, heart disease and stroke, as well as improvements in blood cholesterol, blood pressure and blood sugar control. Other studies have found that whole wheat can help people control their weight and/or lose body fat, especially when they eat it in place of refined-wheat products. Thus, the Dietary Guidelines for Americans, American Heart Association, American Diabetes Association and most nutrition experts recommend foods made from 100 percent whole grains.

Bottom line
Unless you have celiac disease (see below) or another type of gluten intolerance or sensitivity, there’s no reason to avoid wheat. No doubt many Americans eat too much refined wheat, usually in the form of cakes, cookies, pizza and other foods loaded with added sugar and/or fat (which can double or triple the calorie count), as well as lots of sodium.

Cutting down on such wheat products can help people lose weight and improve their overall diet, provided they substitute lower-calorie foods. But 100 percent whole-wheat and other whole-grain products can fit well into a healthy diet, as can many refined-wheat dishes that include nutritious ingredients, such as pasta with vegetables. As with so many dietary matters, moderation is the key.

Celiac Disease: When to Avoid Wheat
There’s one very good reason to avoid wheat: if you have celiac disease, also known as gluten-sensitive enteropathy or nontropical sprue. Gluten is a protein in wheat that makes dough elastic and smooth; it’s also in rye, barley and certain other grains.

In people with this genetic disorder, gluten provokes an autoimmune response that damages the small intestine and may cause symptoms such as diarrhea, bloating, cramps, abdominal pain, weight loss, fatigue and loss of appetite. Celiac disease has become more common in the past 50 years for largely unknown reasons. It’s now estimated that about 1 in 100 people in the U.S. and Canada have it. If you have a parent or sibling with the disease, your risk rises to 1 in 22; having an aunt, uncle or grandparent with it increases your risk to 1 in 39.

Celiac disease can begin at any age and occurs more often in people of European descent and in women. Many people with it go undiagnosed or are misdiagnosed, however, because there may be no gastrointestinal symptoms—and when there are symptoms, they’re often nonspecific (that is, they could be caused by many disorders). Celiac disease causes malabsorption of key nutrients, notably calcium and iron, so it can lead to osteoporosis, anemia and other serious health problems. People with it are also more likely to have other autoimmune disorders, such as psoriasis, lupus, Crohn’s disease and certain types of thyroid disease.

Confusing matters, about 6 percent of Americans are thought to be gluten-sensitive but don’t have celiac disease, according to the Center for Celiac Research at the University of Maryland. There’s much debate about this condition, sometimes called “nonceliac gluten sensitivity,” and about how prevalent it is. Because so many people now believe they are sensitive to gluten, rightly or wrongly, “gluten-free” has become one of the fastest growing sectors of the food industry.

If you have chronic indigestion or other symptoms suggestive of gluten sensitivity, consult your doctor and get tested for celiac disease before going on a gluten-free diet. (Long-term avoidance of gluten can interfere with the diagnostic tests for celiac disease.) A positive result on the blood test should be followed by a biopsy of the small intestine to confirm the diagnosis. If celiac disease is ruled out and you continue to have problems, you can be tested for nonceliac gluten sensitivity via an “elimination and provocation” diet.

If you have a family member with celiac disease, you should be tested even if you have no symptoms, since diagnosing and treating the disease can help prevent intestinal damage and serious complications. Many gastroenterologists advise initially having a simple genetic test for predisposition to celiac disease.

Few people are properly diagnosed for gluten problems, however, according to a paper in the Annals of Internal Medicine earlier this year, which warned that many are undoubtedly going on highly restrictive diets unnecessarily. It’s best to consult an experienced registered dietitian if you have celiac disease. You can — and should — eat other healthy grains, including corn, rice, oats, buckwheat, quinoa and amaranth. Look for “certified gluten-free” on labels, since products can be cross-contaminated with gluten. Keep in mind, most gluten-free packaged products are made from refined flour (albeit gluten-free flour) and are not particularly nutritious — and many are junk food.

For more information, you can contact the Celiac Disease Foundation or the Celiac Sprue Association. To improve the nutritional profile of pizza, use half whole-wheat and half all-purpose flour, which yields a light crust with a distinctive nutty taste. Quick-rising yeast shortens rising time to just 10 minutes, making homemade pizza a possibility for busy weeknights. Use a food processor... 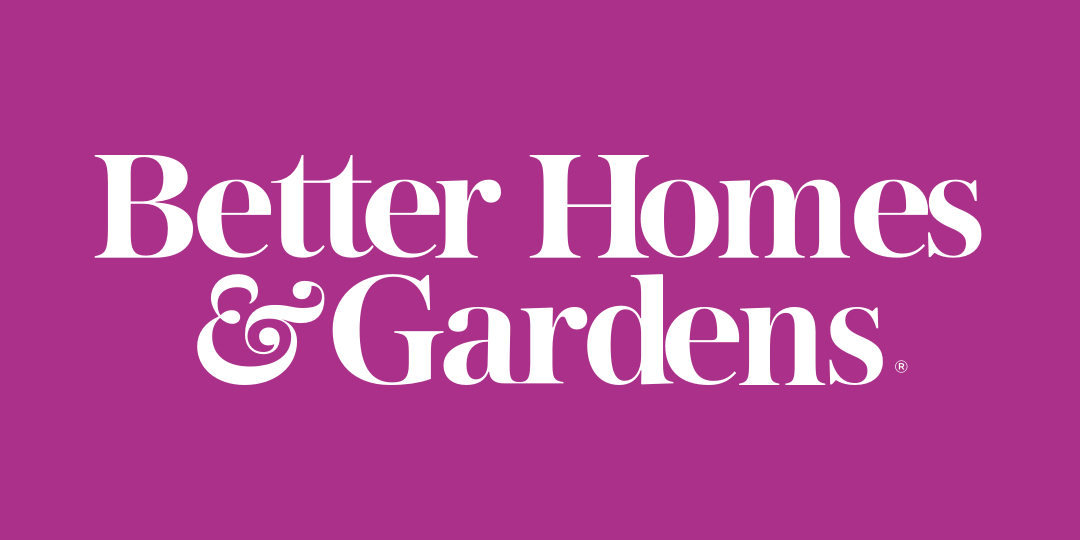 When I used to make bread from scratch, I did something similar. I used the hard bread flours from a specialty store rather than what you find in a grocery store. The whole wheat can be a bit dry for daily use so after some experimenting I settled on one-third whole wheat and two-thirds white flour. For extra nutrition, I added eggs and honey. Best bread I've ever eaten.
You must log in or register to reply here.
Share:
Facebook Twitter Email Link