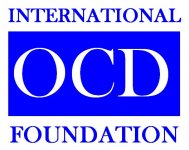 
People with skin picking disorder can (and often do) have other psychological symptoms, like depression and anxiety.

Do all people who pick their skin have skin picking disorder?
No. Research has shown that many people pick at their skin from time to time. It is not uncommon for a healthy person to occasionally pick at pimples, scabs, or even healthy skin. Skin picking is not considered a disorder unless it is often and/or bad enough to cause significant distress or problems in other areas of life. Also, other types of health problems like skin conditions, mental retardation, and even drug use/withdrawal may cause people to pick at their skin at times. However, people with primary skin picking disorder do not pick at their skin only because they have these other problems.

What is a typical skin picking disorder episode like?
Where, when, and how people pick at skin varies. People can pick skin from one or more parts of the body. Common areas include: face, head, cuticles, back, arms and legs, and hands and feet. People most often pick skin with fingers and fingernails, but people also remove skin in other ways, e.g., by biting, or picking with tools like tweezers or scissors.

People pick for different reasons. People may pick out of habit or boredom, and, at times, may not even be aware that they are picking. People may also pick in an attempt to cope with negative emotions (e.g., anxiety, sadness, anger) and/or in response to feelings of mounting stress and tension. While picking, people may feel relief. However, feelings of relief are often followed by feelings of shame or guilt. After picking, people discard their skin in different ways. Some people discard the removed skin in the trash or on the floor. Some people eat skin after they have picked it.

I haven't been able to determine whether what I do is within the realm of normal or not. I'm told that I should be embarrassed, but I'd only be embarrassed if someone saw or knew what I do, but there's no way to know if they know (obviously other than the person who outright says that I should be ashamed of it)... I tried stopping a few weeks ago but let my efforts slip away entirely.
I guess to me the fact sheet suggests that what I do isn't a problem because I'm not significantly distressed by it.

Gooblax, Your guess is most likely correct. Similar to nail biting.....if it causes tissue damage and significant distress then it's a problem but many people have various levels of nail biting that would not be considered a problem.

I have a friend I have known for a few years. While on a long driving trip he kept reaching down to his leg. When I asked him if he was okay (because he did this so often with one hand on the wheel) he pulled up his pant leg and showed me significant tissue damage saying it's nothing really just some itching. The damage to the skin was significant so I asked if we needed to stop at a pharmacy and get something? I was concerned but he reassured me that it was nothing and after a few weeks told me this was something that he did during anxious times of his life. He never did get treatment for it but I did send him the link from above. Does it cause him significant distress? I don't know but the damage to his legs was significant.

Yeah, I guess so. I know that I'm not in the "significant damage" category. But I do it lots, both with and without thinking about it. The only times I feel bad about it are when I end up making something worse, when I prevent a reasonable sized area from healing, and when I catch it happening at work (or if I do it when I'm consciously trying not to).