The disarming case to act right now on climate change

In this passionate call to action, 16-year-old climate activist Greta Thunberg explains why, in August 2018, she walked out of school and organized a strike to raise awareness of global warming, protesting outside the Swedish parliament and grabbing the world's attention. "The climate crisis has already been solved. We already have all the facts and solutions," Thunberg says. "All we have to do is to wake up and change."

A vast region of the western United States, extending from California, Arizona and New Mexico north to Oregon and Idaho, is in the grips of the first climate change-induced megadrought observed in the past 1,200 years, a study shows. The finding means the phenomenon is no longer a threat for millions to worry about in the future, but is already here.

The megadrought has emerged while thirsty, expanding cities are on a collision course with the water demands of farmers and with environmental interests, posing nightmare scenarios for water managers in fast-growing states.

A megadrought is broadly defined as a severe drought that occurs across a broad region for a long duration, typically multiple decades.

Unlike historical megadroughts triggered by natural climate cycles, emissions of heat-trapping gases from human activities have contributed to the current one, the study finds. Warming temperatures and increasing evaporation, along with earlier spring snowmelt, have pushed the Southwest into its second-worst drought in more than a millennium of observations... 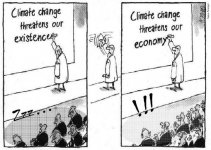 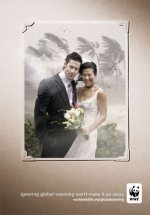 Bill Gates warns climate change could be worse than the coronavirus - CNET
Aug. 5, 2020

Microsoft co-founder Bill Gates has warned that while COVID-19 is "awful," the climate change crisis could be even worse. While conceding it's hard to focus on anything other than the coronavirus pandemic at the moment, Gates said Wednesday that we must accelerate efforts to deal with climate change now to avoid a climate disaster.

"If you want to understand the kind of damage that climate change will inflict, look at COVID-19 and spread the pain out over a much longer period of time," Gates wrote on his blog. "The loss of life and economic misery caused by this pandemic are on par with what will happen regularly if we do not eliminate the world's carbon emissions."

Based on the current number of COVID-19 deaths, Gates says around 14 per 100,000 people have died of the coronavirus. Within 40 years, he said, increases in temperature are predicted to raise global mortality rates by that same figure, but it could be responsible for as many as 73 deaths per 100,000 people by the year 2100.

Innovations involving how to produce electricity, manufacture products, grow food, heat and cool buildings, and ship products globally in a zero-carbon way are needed as much as COVID-19 tests, treatments and vaccines, Gates said.

This is officially Phoenix's hottest summer on record since 1895

The record stands for as far back as records have been kept on Phoenix weather, which is 1895.

"When it comes to Phoenix, it's not simply global warning, but that is a factor."

July 2020 record heat: It was one of the hottest months ever recorded

Last month was a scorcher worldwide.

July 2020 tied with July 2016 as the second-hottest month ever recorded for the planet Earth, according to a report released Thursday by the National Oceanic and Atmospheric Administration.

Experts say this is a sure sign of human-caused climate change: "The trend of record heat continues – a trend which we’ve shown in past publications can only be explained by the warming impact of fossil fuel burning," said Penn State University meteorologist Michael Mann...

July 2020 is 2nd hottest on record for Ottawa

This July in Ottawa was almost hot enough to break a 99-year record for the warmest July since record keeping began.

Gerald Cheng, a meteorologist for Environment Canada, said Ottawa experienced three heat waves this past month where days got hot and temperatures didn't cool down much in the evening.

"I think the big story for July has been the heat waves," he said. "It really made July feel like it was the hottest."

I honestly do not understand how there are people who still deny climate change. The evidence for it as a real and clearly observable phenomenon is everywhere, globally.

The ice caps are melting. Both at the north pole and at the south pole. The ocean temperature and the ocean currents currents have changed radically. And it's not just the heat - it's the rainfall and coastal and lakes and rivers flooding. It's the effect globally on crops and farmers' ability to plant their crops in the spring and harvest their crops in the fall.

Typically, such blazing heat records fall during July, which is the Northern Hemisphere’s hottest month.

In the midst of a historic heat wave in the West, the mercury in Death Valley, Calif., surged to a searing 130 degrees [54.4°C] on Sunday afternoon, possibly setting a world record for the highest temperature ever observed during the month of August.

If the temperature is valid, it would also rank among the top-three highest temperatures ever reliably measured on the planet at any time and may, in fact, be the highest.

The temperature in Death Valley hit 130 degrees at 3:41 p.m. Pacific time on Sunday, according to the National Weather Service. If verified, the reading would break Death Valley's previous August record by three degrees, the Weather Service tweeted...

The scorching temperature occurred amid a suffocating heat wave that has gripped the western United States since late last week, and is forecast to continue into the coming week.

Sydney has reported its hottest November night on record, with the official start of summer still days away.

The city recorded a minimum overnight temperature of 25.4C [78F] and then hit 40C [104F] during the daytime on Sunday.

The states of Victoria and South Australia also reported soaring heat over the weekend.

"November has been quite unusual in many ways. We have only seen about half our normal rainfall and it is quite possible it will be one of our hottest Novembers on record," Andrew Watkins, of the Bureau of Meteorology (BOM) noted on Friday...

BOM has predicted a five- or six-day heatwave in parts of northern NSW and south-east Queensland.

And the Rural Fire Service (RFS) has warned of a "very high to severe fire danger forecast" in eastern and north-eastern parts of New South Wales. On Sunday the RFS reported 62 bush and grass fires.

It is the first weekend of significant bushfire activity since the end of last summer, which saw Australia's most intense bushfire season on record, though not its most deadly. The bushfire season of 2019-20 saw fires sweep across 24 million hectares of land.

The blazes affected every Australian state, destroyed over 3,000 homes, and killed or displaced nearly three billion animals. At least 33 people were killed.