This 10-Minute Ab Workout Will Fire Up Your Entire Core

All you need is an exercise mat to get started.

"By adding a 10-minute ab workout to your training a few times a week, you’ll be able to build a strong core..."

"You can never have too much lower abdominal activation, especially when riding a bike. These all-important muscles work with the hip flexors to help generate power.”
Last edited: Aug 5, 2022

In 1982, a price war that began between Commodore and Texas Instruments led to home computers becoming as inexpensive as video-game consoles;[21] after Commodore cut the retail price of the 64 to $300 in June 1983, some stores began selling it for as little as $199.[13] Dan Gutman, founder in 1982 of Video Games Player magazine in an article in 1987, recalled in 1983 that "People asked themselves, 'Why should I buy a video game system when I can buy a computer that will play games and do so much more?'"[22] The Boston Phoenix stated in September 1983 about the cancellation of the Intellivision III, "Who was going to pay $200-plus for a machine that could only play games?"[13]

Commodore explicitly targeted video game players. Spokesman William Shatner asked in VIC-20 commercials "Why buy just a video game from Atari or Intellivision?", stating that "unlike games, it has a real computer keyboard" yet "plays great games too".[23] Commodore's ownership of chip fabricator MOS Technology allowed manufacture of integrated circuits in-house, so the VIC-20 and C64 sold for much lower prices than competing home computers. In addition, both Commodore computers were designed to utilize the ubiquitous Atari controllers so they could tap into the existing controller market.

"I've been in retailing 30 years and I have never seen any category of goods get on a self-destruct pattern like this", a Service Merchandise executive told The New York Times in June 1983.[21] The price war was so severe that in September Coleco CEO Arnold Greenberg welcomed rumors of an IBM 'Peanut' home computer because although IBM was a competitor, it "is a company that knows how to make money". "I look back a year or two in the videogame field, or the home-computer field", Greenberg added, "how much better everyone was, when most people were making money, rather than very few".[24] 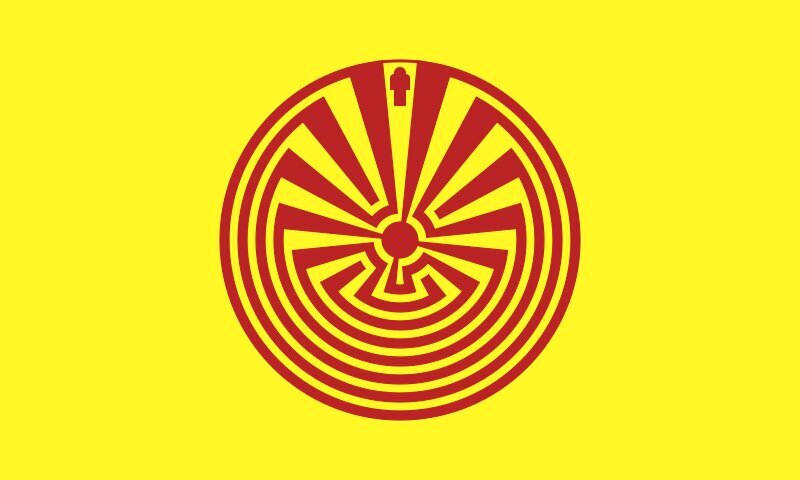 I'itoi, the Man in the Maze


Man in the Maze - We R Native

“The maze is a symbol of life … happiness, sadness … and you reach your goal … there’s a dream there, and you reach that dream when you get to the middle of the maze … that’s how I was told, my grandparents told me that’s how the maze is.”

This figure is called Se:he or I’itoi (“Big Brother”) in the Tohono O’odham language. He is shown at the top of a labyrinth, or maze, and is often referred to as the “Man in the Maze”. For the Tohono O’odham, the symbol represents a person’s journey through life. The twists and turns represent choices made in life; with each turn, man becomes more understanding and stronger as a person.

In the middle of the maze, a person finds their dreams and goals. At the center (the last turn in the design), man has a final opportunity to look back upon his or her choices and path before they pass into the next world. Several other tribes related to the Tohono O’odham use the same or similar symbol, sometimes with a slightly different interpretation.

Here is how Alfreda Antone, a Tohono O’odham tribal citizen, sees Se:he and the labyrinth:

“But in real life … when you look at the maze you start from the top and go into the maze … your life, you go down and then you reach a place where you have to turn around … maybe in your own life you fall, something happens in your home, you are sad, you pick yourself up and you go on through the maze … you go on and on and on … so many places in there you might … maybe your child died … or maybe somebody died, or you stop, you fall and you feel bad … you get up, turn around and go again … when you reach that middle of the maze … that’s when you see the Sun God and the Sun God blesses you and says you have made it … that’s where you die.

The maze is a symbol of life…happiness, sadness…and you reach your goal…there’s a dream there, and you reach that dream when you get to the middle of the maze…that’s how I was told, my grandparents told me that’s how the maze is.”
Last edited: Aug 6, 2022

Here you will fill details of having Pigs As Pets at Goodheart Animal Sanctuaries. Click to find out more information about having pigs as pets.

"Food can cause friction between pet pigs and their human housemates, as their drive to forage can lead them to overturn bins and other containers, and they are intelligent enough to open fridges, cupboards and pantries in order to reach the food inside."

Not a fan of pet pigs. I mean they can be pets in the barn - they don't need to sleep on your couch.

Couple share home with 17-stone Vietnamese pot-bellied pigs - and they even hog the sofa!

Janey and Dave Bryne spend £100 a month on pig food, plus £350 to cut their trotters every three months 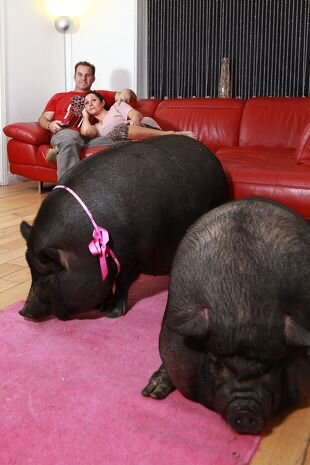 Some animals are born to be outside. 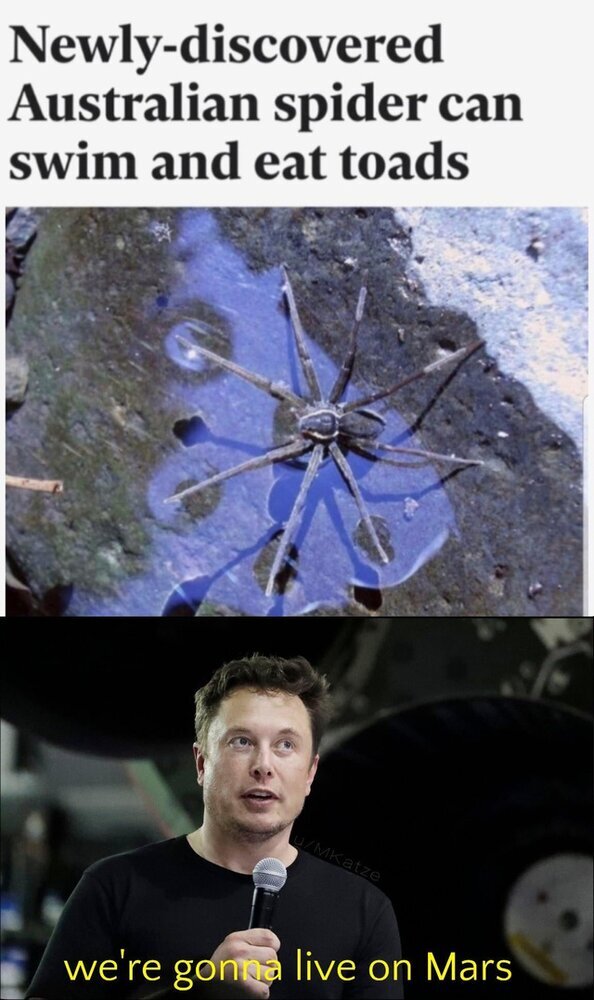 Candies to soothe the throat date back to 1000 BC in Egypt's Twentieth Dynasty, when they were made from honey flavored with citrus, herbs, and spices. In the 19th century, physicians discovered morphine and heroin, which suppress coughing at its source—the brain. Popular formulations of that era included Smith Brothers Cough Drops, first advertised in 1852, and Luden's, created in 1879. Concern over the risk of opioid dependence led to the development of alternative medications.

"Created on Instagram in 2020 by Annie Rauwerda, a college student at the University of Michigan, the account shares excerpts from various Wikipedia articles on humorous or absurd topics." 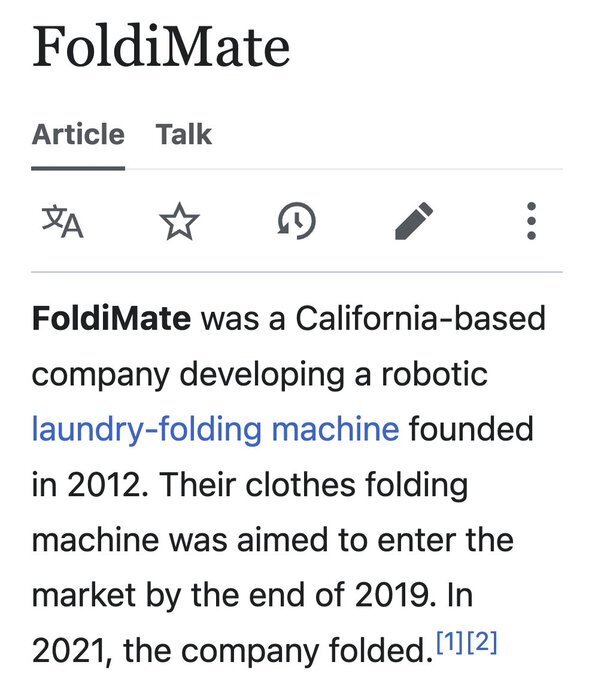 Just How Dumb Was the Average Dinosaur?

Did all dinosaurs have a brain the size of a walnut, or might some of them have been as smart as very small mammals? Here's a look.

"If you met a live Velociraptor today, it would probably strike you as slightly dumber than a chicken." 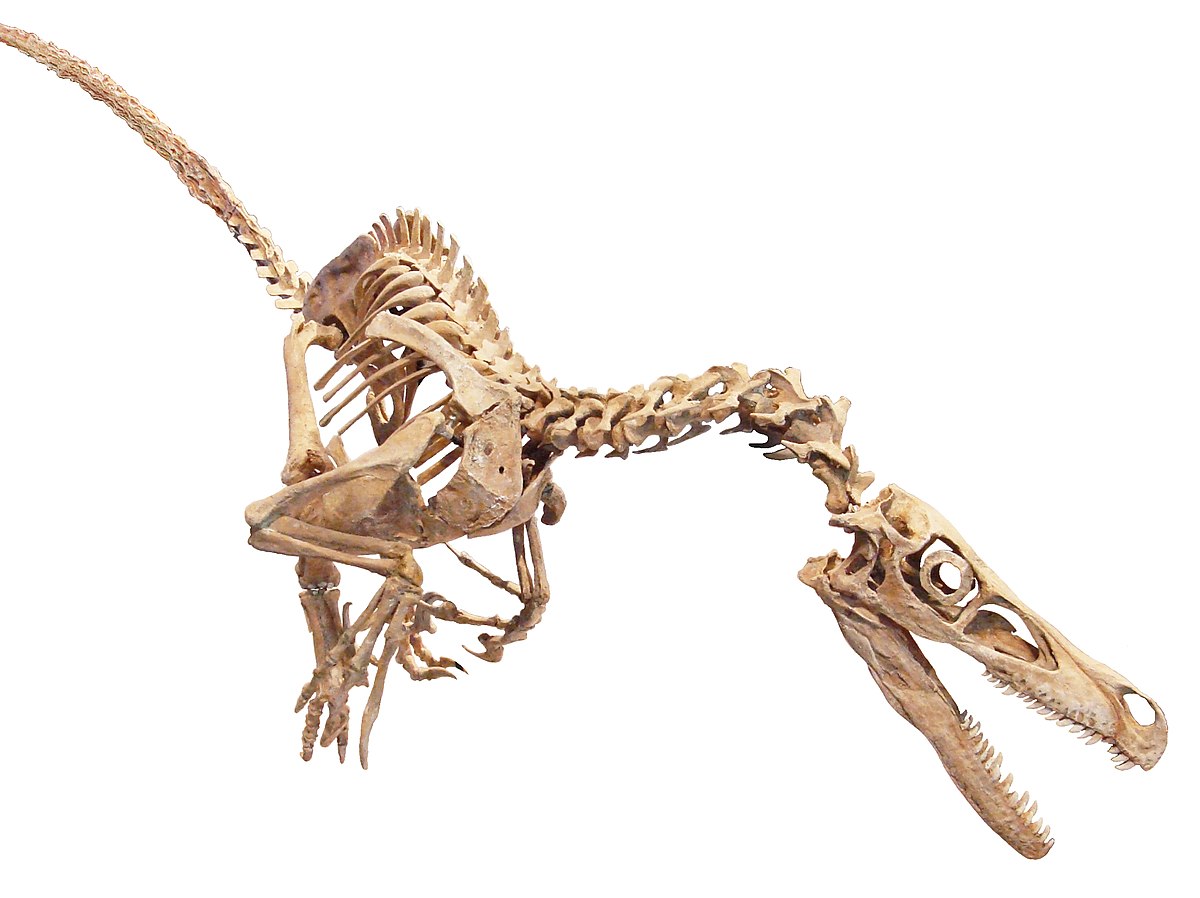 Velociraptor (commonly shortened to "raptor") is one of the dinosaur genera most familiar to the general public due to its prominent role in the Jurassic Park films. In real life, however, Velociraptor was roughly the size of a turkey, considerably smaller than the approximately 2 m (6+1⁄2 ft) tall and 90 kg (200 lb) reptiles seen in the novels and films (which were based on members of the related genus Deinonychus).

"If animals like velociraptor were alive today our first impression would be that they were just very unusual looking birds." 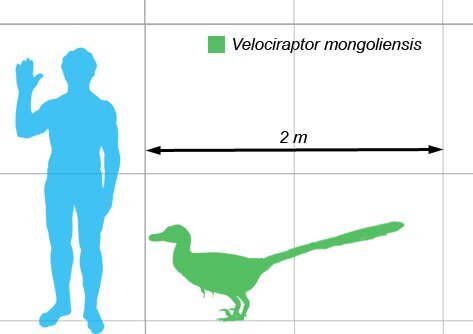