If a person went to his primary care physician and complained of symptoms of fatigue, guilt, worthlessness, irritability, insomnia, decreased appetite, loss of interest in regular activities, persistent sadness, anxiety, and thoughts of suicide, I am pretty sure he would leave that office with a diagnosis of Major Depressive Disorder (MDD) and a prescription for Zoloft, Prozac, or another popular selective serotonin reuptake inhibitor (SSRI). After all, the guy has just cataloged the classic symptoms of clinical depression.

However, those same symptoms belong to a variety of other conditions that require treatments other than antidepressants and psychotherapy, the two pillars of conventional psychiatric recovery today. They may certainly look and feel like clinical depression to the outsider, but they may require just a small tweak in diet or hormones. Here are six conditions that fall under that category.

1. Vitamin D deficiency.
A good doctor will order bloodwork to see if a patient is low on vitamin D before sending him off with a prescription for Prozac because so many of us are lacking adequate amounts of this critical vitamin. In fact, according to a 2009 study publishing in the Archives of Internal Medicine, as many as three-quarters of U.S. teens and adults are deficient.

Last year Canadian researchers performed a systematic review and analysis of 14 studies that revealed a close association between vitamin D levels and depression. Researchers found that low levels of vitamin D corresponded to depression and increased risk of depression.

The best source of vitamin D is sunshine, but for those of us with family histories of skin cancer, we have to get it in small pieces because sunscreens prohibit the body from making vitamin D. Supplements are easy to find, but make sure they are third-party tested. Good brands are Prothera, Pure Encapsulations, Douglas Labs, and Vital Nutrients. I take drops of liquid vitamin D because it is absorbed more easily that way.

2. Hypothyroidism.
Hypothyroidism also is easily mistaken for clinical depression. You feel exhausted, worthless, irritable, and incapable of making a decision. Getting through each day without naps is a major accomplishment.1

This one is especially tricky because you can get your thyroid levels checked by an endocrinologist or primary care physician, as I have done for eight years, and walk away believing your thyroid is just fine. Dena Trentini writes a brilliant blog about this on her site, Hypothyroid Mom.

One of the problems, she explains, is that mainstream medicine relies on only one blood test, TSH, to diagnose thyroid dysfunction and that can’t provide an accurate picture. Both she and I were told our thyroids were fine by conventional doctors, which is probably why the Thyroid Federal International estimates there are up to 300 million people worldwide suffering from thyroid dysfunction, but only half are aware of their condition. Dena writes, “Hypothyroidism, an underactive thyroid, is one of the most undiagnosed, misdiagnosed, and unrecognized health problems in the world.”

3. Low blood sugar.
The best marriage advice I ever received was this: When you are about to say something unkind to your spouse, first check to see if you’re hungry. Naturopathic doctor Peter Bongiorno explains the mood-blood sugar connection in his informative blog post, “Is There a Sugar Monster Lurking Within You?”

Hunger, he says, is a primitive signal known to set off the stress response in us. For people who are predisposed to anxiety and depression, that stress manifests itself as mood changes.

“Triggered by drops and fluctuations in blood sugar,” writes Bongiorno, “anxiety and depression can manifest in people who are very sensitive and can become chronic if food intake isn’t consistent. Humans are built like all the other animals — and animals get very unhappy when blood sugar is low.” Folks who experience yo-yo blood sugar levels on a daily basis are usually insulin-resistant, a precursor to Type 2 diabetes.

4. Dehydration.
I forgot about this one until my son exhibited some bizarre behavior last night and my husband and I realized he was dehydrated. We go through this every summer. The problem with him (and with most human beings) is that he waits until he is thirsty to drink. By then dehydration has already set in.

According to a two studies conducted at the University of Connecticut’s Human Performance Laboratory, even mild dehydration can alter a person’s mood. “Our thirst sensation doesn’t really appear until we are 1 [percent] or 2 percent dehydrated. By then dehydration is already setting in and starting to impact how our mind and body perform,” explained Lawrence E. Armstrong, one of the study’s lead scientists and an international expert on hydration. Apparently it didn’t matter if a person had just walked for 40 minutes on a treadmill or was sitting at rest, the cognitive effects from mild dehydration were the same.

5. Food intolerances.
Like most people, I used to think that food intolerance caused unpleasant reactions like diarrhea, hives or swelling. I would never have associated a turkey sandwich with my suicidal thoughts. However, now I catalog the questionable items that I eat or drink (those containing traces of gluten or dairy) in my mood journal in case I have a reaction.

After reading best-selling books Grain Brain by David Perlmutter, M.D. and The Ultramind Solution by Mark Hyman, M.D., I realized that certain foods can trigger inflammation in our bodies just like toxins from the environment. And while some people like my husband break out in hives, other folks like me get sad and anxious and start making plans to exit this earth. According to Hyman, these delayed reactions to food or hidden allergens lead to “brain allergies,” allergic reactions in the body that cause inflammation in the brain.

6. Caffeine withdrawal.
I’ll always remember my sister’s advice last summer when I showed up to her Michigan farm shaking, crying, and unable to focus on a conversation. I was in the midst of a severe depressive episode.

One morning was especially bad. I tried to bring my coffee cup to my lips, but my hands were quivering so much even that was difficult. “The first thing I’d do is stop drinking that,” my sister said, matter-of-factly, pointing to my coffee. “Even one cup is enough to give me a panic attack,” she said. Since she was my twin, with biogenetic similarities, I paid attention.

Then I read Caffeine Blues by Stephen Cherniske, M.S., who has certainly done his homework on the matter and offers a compelling case for quitting “America’s number one drug” for good. It’s basic physics, really. What goes up must come down. So that high you get after a shot of espresso isn’t without its consequences.

You just don’t associate the anxiety and depression you feel three hours later because you’re on to other things. However, your body going through withdrawal, and for those of us like my sister and me who are chemically sensitive to all amphetamine-like substances that raise dopamine levels, that withdrawal translates to tears, shaking, panic attacks, and other forms of suffering.
Hakuna Matata — no worries, no trouble, take it easy

1 By the way, the opposite condition — hyperthyroidism — mimics the symptoms of bipolar disorder, as in an autoimmune system context.

This sometimes occurs during pregnancy or postpartum but it can also be the result of certain other medical conditions.

In order to safely carry the baby to term, the mother's body needs to inhibit or shut down certain parts of the immune system so that it doesn't attack and reject the developing foetus as a foreign entity. It is not uncommon for this to go awry in pregnancy, so that the immune system starts attacking the mother's own organs. The two most common targets are the pancreas (gestational diabetes) and the thyroid. In the case of the thyroid, the postpartum mother may go through a "burning out" phase preceding hypothyroidism which can mimic agitated rapid-cycling bipolar disorder. I witnessed this directly following the birth of my first son.
Hakuna Matata — no worries, no trouble, take it easy 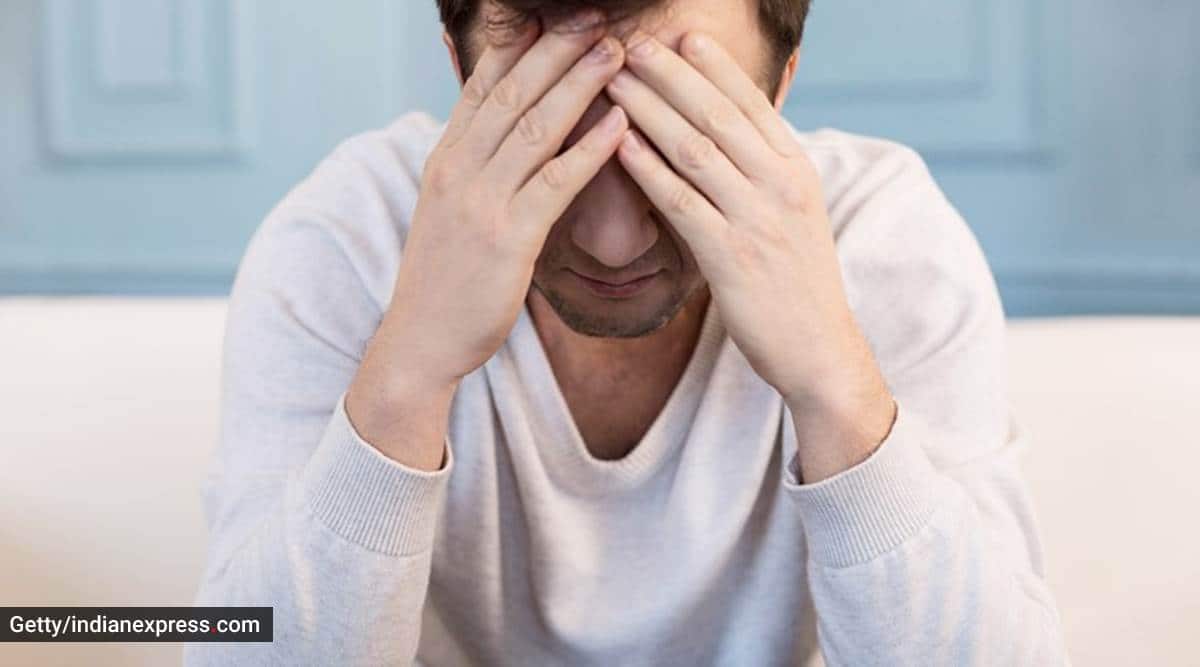 While it is natural to feel stressed out at the moment, little dietary changes can make a world of difference
indianexpress.com

“On a population level, vitamin D insufficiency has been estimated at 77% in the US, making low vitamin D levels a hormonal epidemic. Low levels of vitamin D are associated with multiple mental disorders, including schizophrenia, depression, and anxiety.”

Low-fat does not necessarily mean good fat By Tim Darragh, The Morning Call January 17, 2012 It may not be on the level of Frankenstein, but it turns out that efforts to help American diets by making "low-fat" products might be more harmful than the products they replaced. That's the...
forum.psychlinks.ca

Milk and oily fish, including tuna, salmon and sardines, are good sources of vitamin D, as are (to a lesser extent) eggs and mushrooms. Look for vitamin D-fortified foods, including some cereals and orange juice.

If you think you need vitamin D supplements, check with your doctor before proceeding.

For millions of Americans who are obese and living with diabetes or prediabetes, feelings of sadness, anger and anxiety are often part of daily life. A new study suggests those negative feelings may stem from problems regulating blood sugar levels that influence emotional response in the brain.
www.sciencedaily.com

"People with higher levels of insulin resistance were more startled by negative pictures. By extension, they may be more reactive to negative things in life. It is one piece of evidence to suggest that these metabolic problems are related to issues with how we perceive and deal with things that stress all of us out."
Replying is not possible. This forum is only available as an archive.

Could probiotics play a role in the treatment of urinary incontinence conditions?

Infrared saunas are not authorized to treat any medical conditions