Body Image Isn't Just A Woman's Problem
November 2, 2001
(British Medical Journal) -- Body dysmorphic disorder - a severe form of body image disturbance - affects as many men as women, yet it remains under-recognized and under-diagnosed, according to an editorial in this week's British Medical Journal.

Men with body dysmorphic disorder are most commonly preoccupied with their skin (for example, with acne or scarring), hair (thinning), nose (size or shape), or genitals. A recently recognized form of body dysmorphic disorder that occurs almost exclusively in men is muscle dysmorphia, a preoccupation that one's body is too small, "puny", and inadequately muscular, which may lead to potentially dangerous abuse of anabolic steroids.

Patients with body dysmorphic disorder can be challenging to treat, say the authors. Many require admission to hospital, become housebound, and attempt suicide. However, recent research suggests that drug treatment and cognitive behavioural therapy are effective. Surgical or other non-psychiatric treatments appear to usually be ineffective.
Body image isn't just a women's problem, say the authors. The challenge is to enhance both physicians' and the public's awareness of body dysmorphic disorder so that effective treatments can be offered and unnecessary suffering and morbidity avoided, they conclude.
Hakuna Matata — no worries, no trouble, take it easy 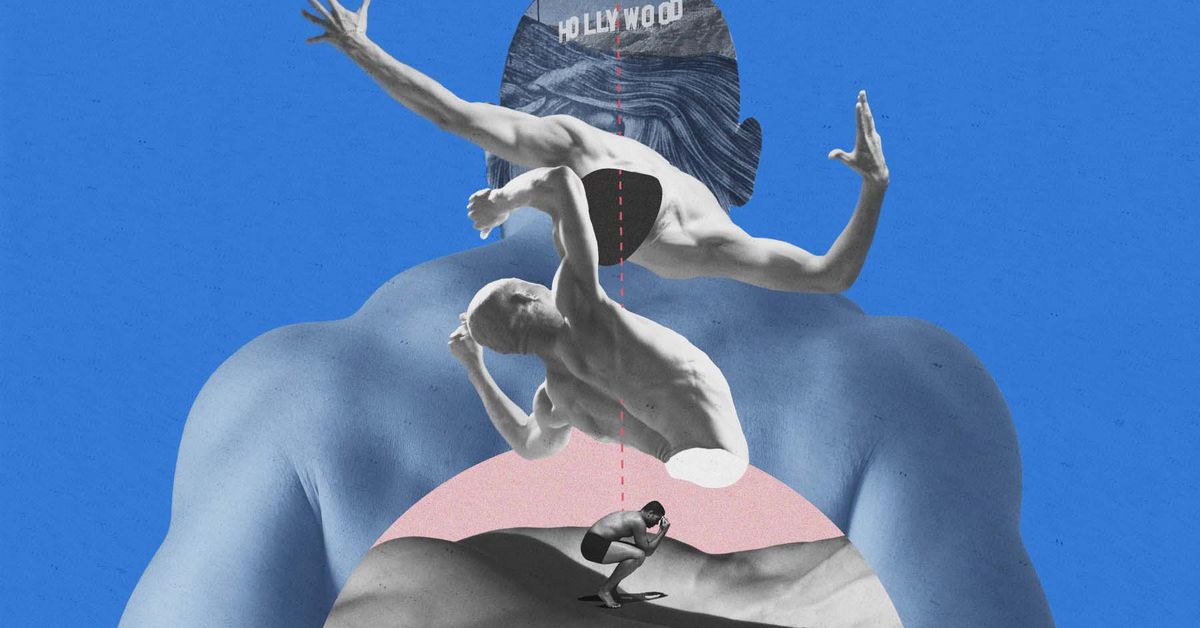 ...PEDs [performance-enhancing drugs] have already suffused our culture. We see their effects on the action heroes of mainstream movies, on the fitness influencers of Instagram, maybe even on the people lifting next to us at the gym. PEDs are becoming mainstream...

Steroids and other PEDs have skewed our sense of what’s normal and attractive. What’s desirable might not be realistic or safe, and there are already many men out there willing to risk their health to achieve it...

“There are a number of people that I’ve worked with in Hollywood who have said steroids and PEDs are a little secret, but they see it as a necessary component of their jobs,” he said. “A lot of these young boys and young men look at this imagery, and they’re frustrated as to why they can’t look like that. They’re not taking into consideration all those factors.”

A barrier to this is that the framework to talk about mens’ and boys’ body issues doesn’t exist. There’s a lack of attention to problems like body dysmorphia and eating disorders in men and boys. Coupled with the lack of transparency around steroids and other PEDs, it raises the question of what we all think the male body is supposed to look like.

“For people who are within gym culture, it becomes very obvious what is and is not achievable without help,” Michael Collins, a bodybuilder and podcaster, told me. “These are unnatural bodies; these are not the way humans are meant by nature to look like. I don’t see a problem with that — Botox is unnatural. If you want to get Botox, go ahead. But let’s be clear, in terms of our biology, we have this trick in order to look like that.”
Last edited: Nov 8, 2021

Body satisfaction examined in American study of men: Results of national study examining how men feel about their bodies, attractiveness

A psychologist has just published the results of a national study examining how men feel about their bodies and their attractiveness. Long thought to be an issue primarily faced by women, body dissatisfaction was identified as a common issue among men -- gay and heterosexual -- in the largest...
www.sciencedaily.com

"Between 20 and 40 percent of men reported feeling dissatisfied with their overall physical appearance, weight, and/or muscle tone and size. The majority of men also felt that they were judged based on their appearance and reported that they compared their appearance to that of others at social events."

Working out and looking good: Body image and men

Does Your Daughter Have a Positive Body Image?

Body Image and the Media: Does this model look plus-sized to you?