Coffee Drinkers, Even Those With a Sweet Tooth, Live Longer 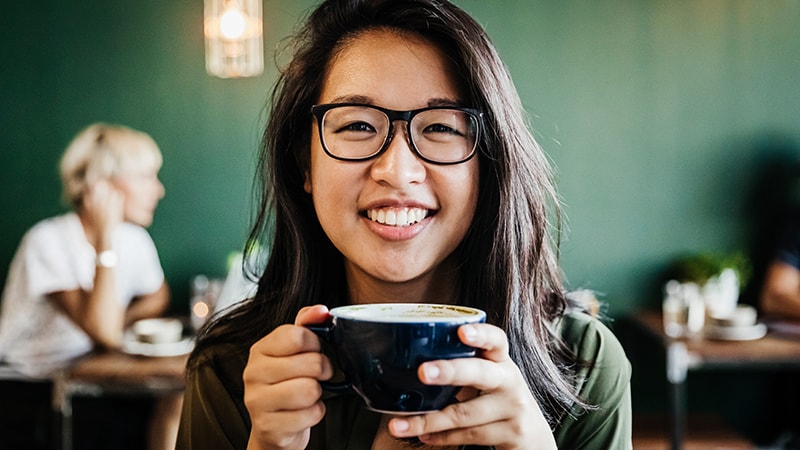 Coffee Drinkers — Even Those With a Sweet Tooth — Live Longer

Among people who drank about two to four cups of coffee a day, with or without sugar, the rate of death was lower than among those who didn't drink the beverage.
www.medscape.com
By Will Pass, Medscape
May 31, 2022

Moderate consumption of coffee, with or without sugar, is associated with a reduced risk of death, according to prospective cohort study.

Among more than 170,000 people in the United Kingdom, those who drank about two to four cups of coffee a day, with or without sugar, had a lower rate of death than those who didn't drink coffee, reported lead author Dan Liu, MD, of the department of epidemiology at Southern Medical University, Guangzhou, China.

"Previous observational studies have suggested an association between coffee intake and reduced risk for death, but they did not distinguish between coffee consumed with sugar or artificial sweeteners and coffee consumed without," Liu, who is also of the department of public health and preventive medicine, Jinan University, Guangzhou, China, and colleagues wrote in Annals of Internal Medicine.

To learn more, the investigators turned to the UK Biobank, which recruited approximately half a million participants in the United Kingdom between 2006 and 2010 to undergo a variety of questionnaires, interviews, physical measurements, and medical tests. Out of this group, 171,616 participants completed at least one dietary questionnaire and met the criteria for the present study, including lack of cancer or cardiovascular disease upon enrolment.

After accounting for other factors that might impact risk of death, like lifestyle choices, the investigators found that coffee drinkers were significantly less likely to die from any cause, cardiovascular disease, or cancer, than those who didn't drink coffee at all. This benefit was observed across types of coffee, including ground, instant, and decaffeinated varieties. The protective effects of coffee were most apparent in people who drank about two to four cups a day, among whom death was about 30% less likely, regardless of whether they added sugar to their coffee or not. Individuals who drank coffee with artificial sweetener did not live significantly longer than those who drank no coffee at all; however, the investigators suggested that this result may have been skewed by higher rates of negative health factors, such as obesity and hypertension, in the artificial sweetener group.

Although the present findings suggested that adding sugar did not eliminate the health benefits of coffee, Liu and colleagues still cautioned against sweetened beverages, citing widely known associations between sugar consumption and poor health.

Coffee Drinkers Were Significantly Less Likely To Die From Any Cause: Experts Caution Against Drinking Sweetened Beverages Despite New Findings​

Toledo, who previously published a study showing a link between coffee and extended survival, noted that moderate coffee consumption has "repeatedly" been associated with lower rates of "several chronic diseases" and death, but there still isn't enough evidence to recommend coffee for those who don't already drink it.

More long-term research is needed, Toledo said, ideally with studies comparing changes in coffee consumption and health outcomes over time. These may not be forthcoming, however, as such trials are "not easy and feasible to conduct."

David Kao, MD, assistant professor of medicine-cardiology and medical director of the school of medicine at the University of Colorado at Denver, Aurora, said that the study conducted by Liu and colleagues is a "very well-executed analysis" that strengthens our confidence in the safety of long-term coffee consumption, even for patients with heart disease.

Kao, who recently published an analysis showing that higher coffee intake is associated with a lower risk of heart failure, refrained from advising anyone to up their coffee quota.

"I remain cautious about stating too strongly that people should increase coffee intake purely to improve survival," Kao said in a written comment. "That said, it does not appear harmful to increase it some, until you drink consistently more than six to seven cups per day."
Hakuna Matata — no worries, no trouble, take it easy
Replying is not possible. This forum is only available as an archive.

Drinking coffee before shopping can lead to impulse buying

How to Calm Morning Anxiety by Mindfully Drinking Tea/Coffee