Metacognitive Therapy for Anxiety and Depression

The excerpts below are from the first chapter

of Metacognitive Therapy for Anxiety and Depression by Adrian Wells.
Copyright ? 2009, Guilford Publications.

METACOGNITIVE THERAPY FOR ANXIETY AND DEPRESSION

Thoughts don’t matter but your response to them does.

This book offers an answer to this question. It proposes that metacognitions are responsible for healthy and unhealthy control of the mind. Furthermore, it is based on the principle that it is not merely what a person thinks but how he or she thinks that determines emotions and the control one has over them.

Thinking can be likened to the activity of a large orchestra involving many players and instruments. To produce an acceptable overture there must be a music score and a conductor. Metacognition is the score and the conductor behind thinking. Metacognition is cognition applied to cognition. It monitors, controls, and appraises the products and process of awareness.

For most of us, emotional discomfort is transitory because we learn ways of flexibly dealing with the negative ideas (i.e., thoughts and beliefs) that our minds construct. The metacognitive approach is based on the idea that people become trapped in emotional disturbance because their metacognitions cause a particular pattern of responding to inner experiences that maintains emotion and strengthens negative ideas. The pattern in question is called the cognitive attentional syndrome (CAS) which consists of worry, rumination, fixated attention, and unhelpful self-regulatory strategies or coping behaviors.

A hint of this toxic pattern can be seen in the response of a recent patient. I asked this person, “What is the main thing you have learned during metacognitive therapy for your depression?” She replied, “The problem isn’t really that I have negative thoughts about myself, it’s how I’ve been reacting to them. I’ve discovered that I’ve been pouring coal on the fire. I just didn’t see that process before.” This patient discovered that her responses to negative thoughts had inadvertently developed into an unhelpful thinking style that reinforced her negative self-view. We will return to the nature of this process later in this chapter.

Metacognitive therapy (MCT) is based on the principle that metacognition is vitally important in understanding how cognition operates and how it generates the conscious experiences that we have of ourselves and the world around us. Metacognition shapes what we pay attention to and the factors that enter consciousness. It also shapes appraisals and influences the types of strategies that we use to regulate thoughts and feelings. The argument developed and illustrated throughout this book proposes metacognition as a crucial influence on what we believe and think and as the basis of normal and abnormal emotional and conscious experiences.

A basic premise of traditional cognitive-behavioral therapy (CBT), such as Beck’s schema theory and Ellis’s rational-emotive behavior therapy is that disturbances or biases in thinking cause psychological disorder. Both of these approaches give a central role to dysfunctional beliefs. MCT is in agreement with this view as a general principle, making it a type of cognitive therapy. Where it differs from previous approaches is in identifying a particular style of thinking and types of beliefs not emphasized by these other theories as the cause of disorder. The style of thinking emphasized is not about cognitive distortions such as absolutistic standards or black-and-white thinking. The style of interest in MCT is the CAS [cognitive attentional syndrome], which is marked by engaging in excessive amounts of sustained verbal thinking and dwelling in the form of worry and rumination. This is accompanied by a specific attentional bias in which attention is locked onto threat. The beliefs of importance in MCT are not the ordinary cognitions of CBT and REBT concerning the world and the social and physical self, but are beliefs about thinking (metacognitive beliefs)...

The “threat-monitoring” component of the CAS [cognitive attentional syndrome] fixates attention on sources of potential threat. This is a problem because (1) it inflates the sense of subjective danger, thereby increasing or maintaining emotional activation; (2) it strengthens a plan or program for guiding cognition that leads the individual to become a skilled and more sensitive threat detector; (3) in cases such as PTSD or trauma, in which cognition needs to retune to the normal threat-free environment, the strategy prevents this process; and (4) threat monitoring may bias fear-processing networks responsible for generating intrusions of stimuli into consciousness. Thus, threat moni- toring may increase intrusive mental experiences...

Examples include:
On the surface these beliefs may seem reasonable. However, in order to show their erroneous and distorted nature, they are repeated below with some useful questions (printed in italics) that the metacognitive therapist uses to reframe them:

“Focusing on danger will keep me safe.”
How do you know which danger to focus on? Is it the danger you see or the one you don’t see that will catch you out? Could focusing on danger make you less safe because you forget the usual things?

“If I analyze why I feel this way I’ll find answers.”
How long have you been doing this? How much longer will it take? What if the answer is stopping your analysis? What if there is no answer other than changing the way you think?

“I must control my thoughts.”
How do you know which ones to control? Is it possible to control all of your thoughts? Could controlling your thoughts stop you from finding out the truth about
them?

The second domain of metacognitive belief concerns the negative significance and meaning of internal cognitive events such as thoughts and ordinary beliefs. There are two broad subsets of negative meta-beliefs: those that concern the uncontrollability of thoughts and those that concern the danger, importance, and meaning of them. These meta-beliefs lead to a persistence of the CAS because of a failure to attempt control and because they lead to negative and threatening interpretations of mental events. These beliefs can also be extended to emotional experiences or feeling states.

Examples include:
...In traditional CBT for depression the therapist focuses on questioning the evidence for negative thoughts and beliefs about the self, the world, and the future. This is exemplified by therapist questions such as “What is the cognitive distortion in your thought?” and “What is your counterevidence?” However, in MCT the therapist aims to reduce the extent of rumination, modifies negative beliefs about the uncontrollability of this process, and challenges positive metacognitive beliefs about the need to engage this process in response to sadness. The metacognitive level of intervention is exemplified by questions such as “Can you postpone your rumination in response to your thought?” and “What are the disadvantages of dwelling on that thought?”...

A central concept in MCT is that it is necessary to alter cognitive processes, namely, the style of thinking, the process of paying attention, and the particular strategies of using internal information to form judgments... 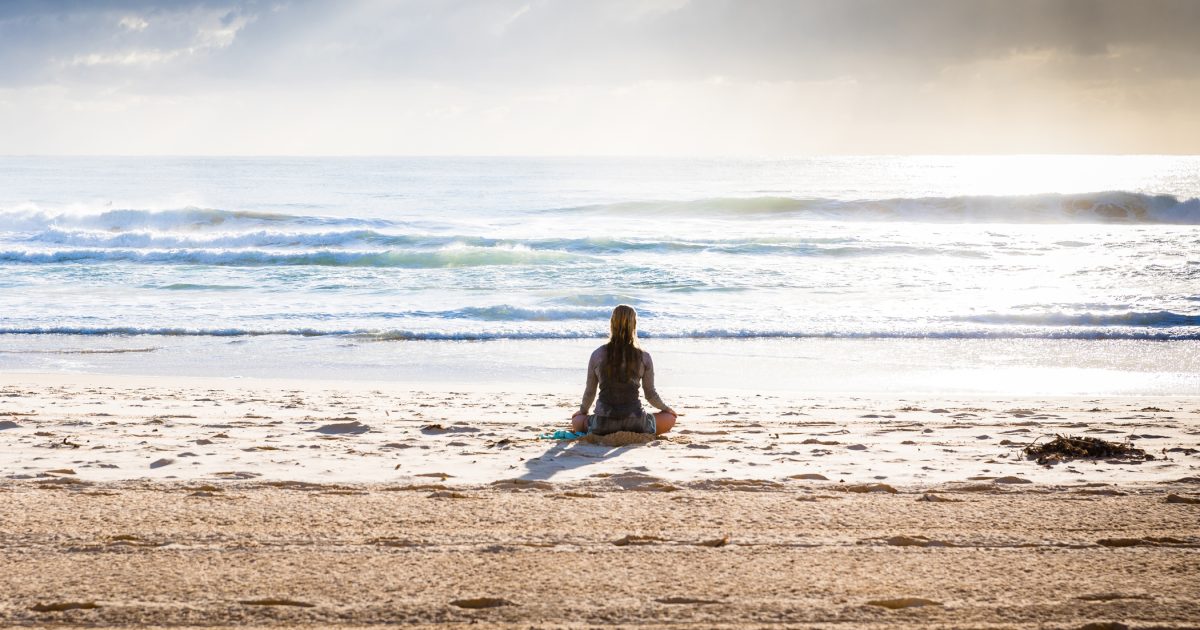 Get Stupid Quick: Advice On Overthinking From A Zen Master

If we wish to live a simple, peace-filled life, it is necessary to free ourselves of clutter, both inner and outer.

Most of our overthinking happens on autopilot. The first step to freeing yourself is to notice when you are doing it. When you catch yourself fretting about the future or agonizing over a simple decision, stop for a moment, take a breath and gently acknowledge, “OK. This is what is happening just now.” Bringing your thought patterns into the light of awareness is an important first step.

Metacognitive therapy (MCT) has been shown to be a promising treatment approach for obsessive-compulsive disorder (OCD). The changeability of metacognitions by (metacognitive) treatment and its relevance to treatment outcome is, however, still unclear. The current study investigates, (1) if...

“People talk about human intelligence as the greatest adaptation in the history of the planet. It is an amazing and marvelous thing, but in evolutionary terms, it is as likely to do us in as to help us along.”