Misdiagnosis Common for Women with Autism

Misdiagnosis All Too Common for Women with Autism
by Lucia Chiara Limanni, Contributing Writer, The Trauma and Mental Health Report
July 27, 2018
After twenty-eight years of being “dragged through the system,” Emily Swiatek was finally diagnosed with Asperger’s, a branch of Autism Spectrum Disorder (ASD). For Emily, receiving the diagnosis felt like “coming home to a version of yourself that you have been denied of.”

Research shows that Autism Spectrum Disorder is more prevalent in males than females by a ratio of three to one. But there is increasing evidence that this gender difference may be slimmer than we think, and that autism symptoms in women and girls are frequently overlooked and misdiagnosed.

In an interview with the Trauma and Mental Health Report, Emily explains her frustration with being shuffled from one specialist to another for years, without receiving an adequate explanation for her symptoms:

“I’ve been through quite a long journey, being given about 10 mental health diagnoses along the way. It was getting to that point where it felt like I was caught in the middle of a guessing game. I kept coming up against the same response of ‘we don’t really understand let’s keep throwing the labels and see what sticks’.”

​
The National Autistic Society survey conducted in the United Kingdom found that compared to males, women and girls are more likely to be misdiagnosed, with 42% of females diagnosed with a mental disorder other than autism when being assessed, as opposed to 30% of males.

Emily’s experience is not unique. Hannah Belcher, who was diagnosed with Asperger’s Syndrome at 23, shares her experience:

“Throughout my life, I’ve been diagnosed with Anxiety, Depression, Bipolar, traits of Borderline Personality Disorder, and ADHD. Some correct and comorbid, some incorrect and misdiagnosed.”

​
There is no clear explanation as to why women with autism are often misdiagnosed. Child psychiatrist Meng-Chuan Lai, a clinician-scientist at the Centre for Addiction and Mental Health says that while there is a range of different reasons why women receive a diagnosis of ASD later in life, one possibility is that autism characteristics aren’t so evident in females:

“Girls and women may be more able to master ‘camouflaging’, so ‘typical’ autistic characteristics could be masked when they learn social skills.”

In the foreword for Safety Skills for Asperger Women by Liane Holliday Willey, Tony Atwood describes this “camouflaging” phenomenon, reporting that young girls mask the symptoms of autism by socializing and interacting with their peers, causing a delay in diagnosis.

“I’m not a part of that traditional profile of autism… It never even occurred to anyone who was assessing me that somebody who looks like me, somebody who presents like me, could be autistic because I’m smiley, I’m eloquent, I can probably make eye contact if I have to, even though I don’t like it. I’m a very strong mimicker and that masking and mimicking profile is true for me. I think I very much fit that ‘well behaved little girl’ image—very intelligent, liked reading, very quiet, maybe they’d say I was shy.”
​
Lai notes that another possible reason for the misdiagnosis is that women and girls tend to have restricted and repetitive behaviours that are less likely to be recognized:

“The issue is that some of these narrow interests of autism in males, if you only look at the content, are more traditionally male-typical such as trains, dinosaurs, trucks, and they are most easily recognized by clinicians because of our own stereotypes of autism. For girls, their restricted and repetitive behaviours might not be captured by standardized instruments as they are deemed as less noticeable.”

​
Recent research has touched on the idea of bias in the way autism is diagnosed. One study showed that girls are more likely to be diagnosed if they had an additional intellectual disability or behavioural issues. However, without these, many women are receiving incorrect diagnoses, or none at all. Hannah agrees:

“Sometimes you might feel like you don’t fit in anywhere, everything everyone thinks about autism is male biased. However, as slow and painful as the journey is, there is always a light at the end of the tunnel. It takes us a little bit longer to get to it, but it is worth the journey.

​
In a study looking at sex differences between children with autism, researchers recommend new strategies for improving autism recognition in females. In fact, Australia is the first country to form new national guidelines to help increase early diagnosis of women with autism. Considerations of social camouflaging, anxiety, sensory overload, and depression are being included in these new guidelines.

If these guidelines are implemented, it will be possible to decrease the number of misdiagnoses in women and girls who have autism, leading to less frustration for these women and more time to learn how to manage their diagnosis. Emily says that since she received her diagnosis, her life has changed for the better:

“It was instant relief the minute I got my diagnosis. It just made sense. It was right. It was instantaneous the difference it made. My general well-being just went up and up and up, and is still on an upward trajectory.” 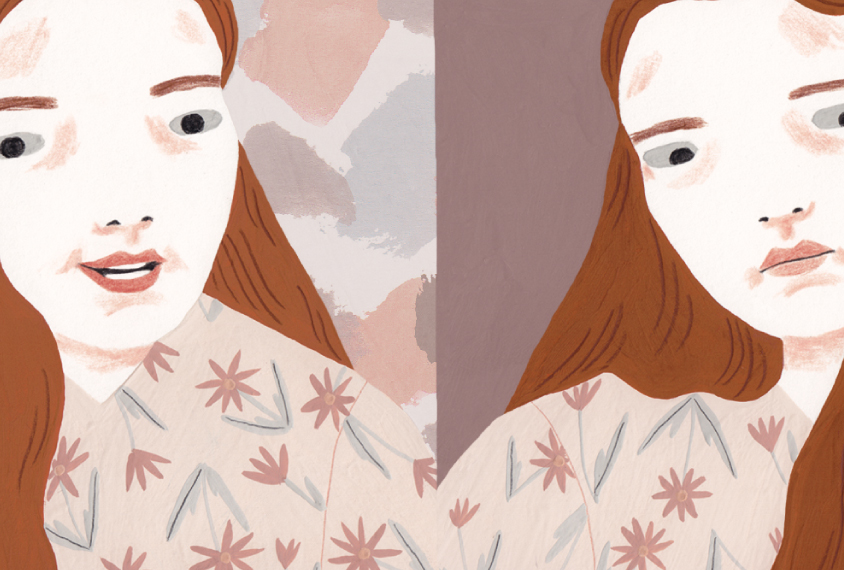 The costs of camouflaging autism

Many girls hide their autism, sometimes evading diagnosis well into adulthood. These efforts can help women on the spectrum socially and professionally, but they can also do serious harm.

...Nearly everyone makes small adjustments to fit in better or conform to social norms, but camouflaging calls for constant and elaborate effort. It can help women with autism maintain their relationships and careers, but those gains often come at a heavy cost, including physical exhaustion and extreme anxiety.

“Camouflaging is often about a desperate and sometimes subconscious survival battle,” says Kajsa Igelström, assistant professor of neuroscience at Linköping University in Sweden. “And this is an important point, I think — that camouflaging often develops as a natural adaptation strategy to navigate reality,” she says. “For many women, it’s not until they get properly diagnosed, recognized and accepted that they can fully map out who they are.”

Even so, not all women who camouflage say they would have wanted to know about their autism earlier — and researchers acknowledge that the issue is fraught with complexities. Receiving a formal diagnosis often helps women understand themselves better and tap greater support, but some women say it comes with its own burdens, such as a stigmatizing label and lower expectations for achievement.

Interesting. And not something I knew or thought much about previously.

One thing I have noticed recently though (like in the past year) is women posting a photo of themselves inside a frame that says, "I love someone with autism: It's me", or variations on that statement. I don't know the origin of that and I haven't seen a single case yet where a man posted that, although in some cases a woman may post a similar photo-frame combination referring to a child or spouse/partner.

This seems especially poignant since women are generally having a worse time in the recession now:

"It wasn't too many years ago that therapists thought women shouldn't go into the workplace."

(Of course, Jeffrey Masson is prone to overgeneralization. But it reminds me of the environment that some people grew up in and, in any case, the continual need for feminism, etc. I remember reading in my early teens that homosexuality was still considered a mental illness in the decade of my birth.)

On the positive side, COVID-19 is putting a spotlight on the importance of inclusion, e.g. Black Lives Matter, for mental health.
Last edited: Mar 11, 2021

That's sadly factual. Most people today probably don't realize how recently that occurred, or how the negative perceptions of homosexual patients continued to linger even after that date..


Out of DSM: Depathologizing Homosexuality

In 1973, the American Psychiatric Association (APA) removed the diagnosis of “homosexuality” from the second edition of its Diagnostic and Statistical Manual (DSM). This resulted after comparing competing theories, those that pathologized homosexuality and those that viewed it as normal. In an effort to explain how that decision came about, this paper reviews some historical scientific theories and arguments that first led to the placement of homosexuality in DSM-I and DSM-II as well as alternative theories that eventually led to its removal from DSM III and subsequent editions of the manual. The paper concludes with a discussion of the sociocultural aftermath of that 1973 decision.
Click to expand...

When Gay Was Not Okay with the APA: A Historical Overview of Homosexuality and its Status as Mental Disorder - viewcontent.cgi

The American Psychiatric Association (APA) voted, in 1973, to remove "Ego-syntonic Homosexuality" from the Diagnostic and Statistical Manual of Mental Disorders (DSM). The present study investigates the influence of the patient's sexual orientation on the therapist's perception of the former's mental health. Four hundred and seventeen Israeli therapists (psychiatrists, clinical psychologists, and social workers) participated in the study, representing a cross-section of professionals in the mental health services in Israel. The measures included a demographic questionnaire and a perceived-severity scale of rating. Participants were assigned case histories where a hypothetical patient was heterosexual or ego-syntonic homosexual. Attributions of severity of mental status were found to differ as a function of sexual orientation of patient. Results are discussed in terms of the latent function of psychotherapy, considering the contrast between the liberal political attitudes and the secular way of life of the therapists on the one hand and their conservatism in the clinical domain on the other hand.
Click to expand...

When Gay Was Not Okay with the APA: A Historical Overview of Homosexuality and its Status as Mental Disorder - viewcontent.cgi

What a great title for a paper though: "When Gay Was Not Okay with the APA."