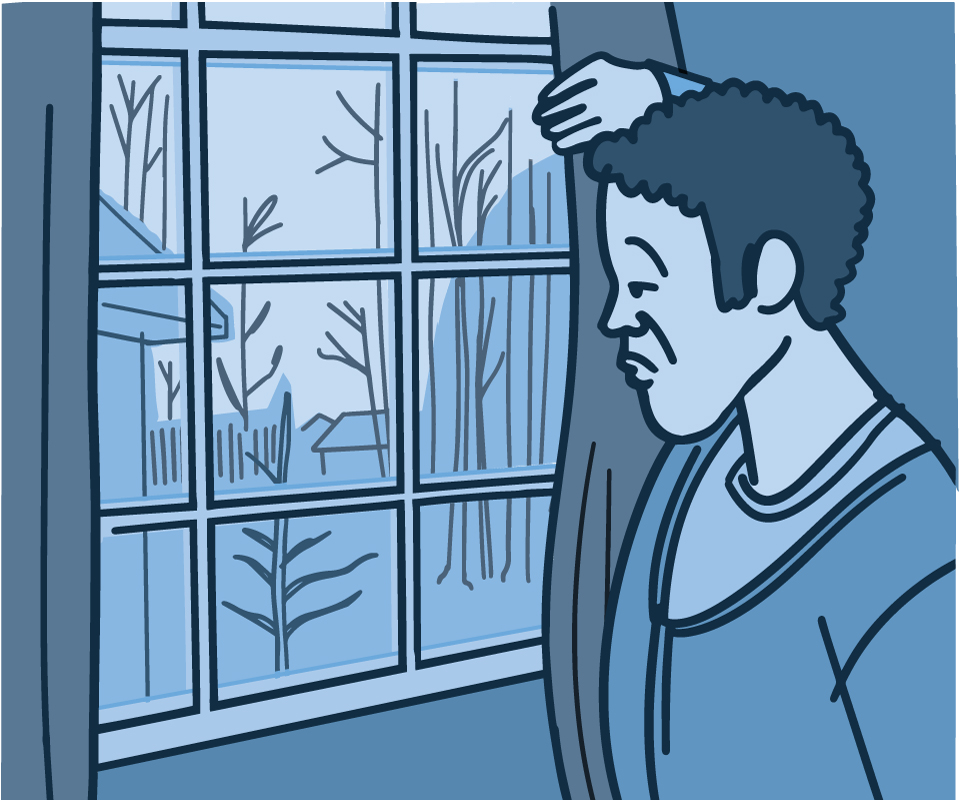 It’s normal to feel sad, down, or low at times. But these feelings can sometimes linger. Find out what to do if you've been feeling down for a while. 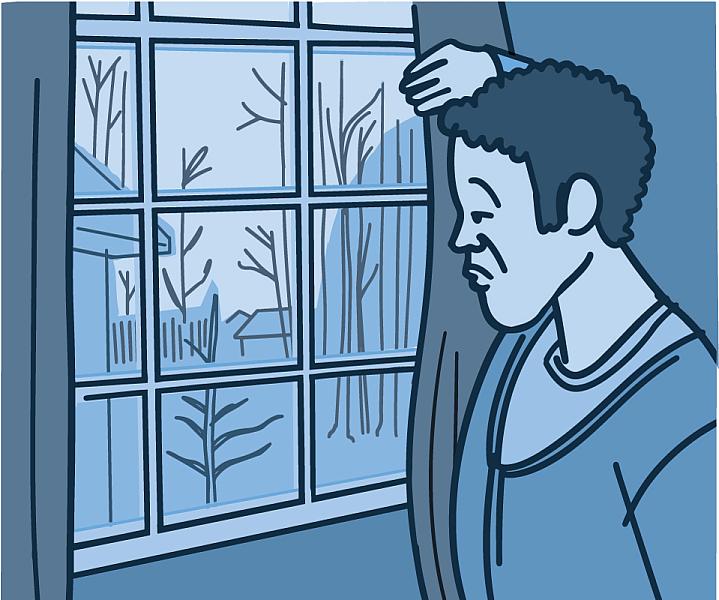 It’s normal to feel sad, down, or low at times. But these feelings can sometimes linger. They can get worse, too, eventually making it hard to do basic daily tasks. If you’ve had a depressed mood or a loss of interest or pleasure in most activities for at least two weeks, you may be experiencing depression.

Depression is a serious disorder. “It’s not some-thing that you can just ‘push through,’ or get through without help,” says Dr. Kymberly Young, a mental health researcher at the University of Pittsburgh.

Depression isn’t caused by a single thing. Some people’s genes put them at risk for depression. Stressful situations may trigger depression. Examples include money problems, the loss of a loved one, or major life changes. Having a serious illness like cancer or heart disease can also lead to depression. And depression can make such illnesses worse.

People may experience depression during pregnancy or after giving birth. This is called perinatal depression. Others feel depressed during certain seasons, most often in winter. This is called seasonal affective disorder, or SAD. Regardless of what’s causing depression, treatments are available that can help many people feel better. And researchers are working on new options for those who need them.

Depression can look different for different people. But there are some common symptoms (see the Wise Choices box). If you think you may be depressed, talk with your health care provider. Some infections or medical conditions can cause similar symptoms. Your provider can perform a physical exam and blood tests to look for possible causes.

If you have mild depression, your provider may recommend you first try counseling or talk therapy. “Therapy helps people learn how to get out of a hopeless state by viewing the world and themselves differently,” says Dr. Michelle Craske, who studies depression at the University of California, Los Angeles.

Some lifestyle changes may help you feel better during treatment. Try to get some physical activity every day and eat regular, healthy meals. Avoid alcohol, nicotine, and drugs. Keep a regular sleep schedule. And stay connected to people who support you.

People with more severe depression may benefit from medication as well as therapy. “We have drugs that, in many people, work really well,” says Dr. Todd Gould, who tests new treatments for depression at the University of Maryland School of Medicine. Depression-fighting drugs and therapy sometimes work better together.

However, these drugs, called antidepressants, can take many weeks to start working. And there’s no way to know if they’ll work ahead of time. You may have to try more than one drug, or a combination of drugs, to find something that will work for you. For some people, these types of drugs can have serious side effects that may require close monitoring.

For certain people, depression persists despite counseling and medication. This is called treatment-resistant depression.

Brain stimulation therapies may help some people with treatment-resistant depression. These use electricity or magnets to directly change brain activity.

For people who don’t feel better after trying at least two standard drugs, a drug called ketamine may be an option. Ketamine is usually injected into a vein. A type of ketamine that’s been approved by the U.S. Food and Drug Administration to treat depression, called esketamine, is sprayed into the nose.

“There are two exciting aspects of ketamine treatment,” says Gould. “One is that it’s fast acting.” It can make people feel better within hours. “The other is that it works in some people who don’t respond to any other medications.”

The downside of ketamine treatment is its side effects, Gould says. You may feel strange, woozy, or spacey during treatment. Some people can even experience dissociation, which is an out-of-body experience.

Gould is testing compounds made by the body when it breaks down ketamine as potential new treatments. “Our hope is that these compounds will have the same rapid antidepressant effect that ketamine does, but without the side effects,” he says.

Researchers have also been working on new types of talk therapy for depression. Craske’s team is testing a type of therapy designed to help people focus on joy, excitement, and other positive moods.

“Standard treatments are better at reducing negative emotions than increasing positive emotions,” she says. But people with depression often have the most trouble feeling positive things.

“We’re trying to build your capacity to focus on and appreciate positive parts of your life,” Craske says. “And in our early studies it’s been remarkably effective.”

Young and her team are using a technique called neurofeedback to help people with depression try to enjoy positive emotions and memories. The technique teaches people to directly control activity in different parts of their brain.

“Activity in certain brain areas is what allows you to use positive memories in a healthy way,” Young says. Real-time imaging lets you watch blood flow to different brain areas. “We then teach you to make part of the brain more active when you’re recalling positive memories.” This activity makes the memories feel positive.

Craske and others are also interested in preventing depression before it develops. “That would mean starting at a very young age. But preventing the onset of depressed mood would have far more impact than treatment,” she says.

Studies suggest that teaching skills like mindfulness may help prevent depression in kids at high risk. Mindfulness helps you focus on the present and on what’s going on inside and around you without judgment. Craske’s team is testing an app to teach teens such skills to manage intense negative emotions.

If you’re struggling with depression, don’t be ashamed or embarrassed to seek help, says Young. “We’ve moved past the days of ‘we don’t talk about depression.’”
Last edited: Dec 2, 2022
Replying is not possible. This forum is only available as an archive.

In children and teens, depression doesn’t always look like sadness

May the stars carry your sadness away