But if the latest outbreak here gets big, AZ would've been better than nothing. Plus I'd probably be able to get the 2nd dose of AZ around the same time as 1st dose of Pfizer, given how long it'll likely be until they get stock of Pfizer to open up to under 40's.
My brother (in Sydney where they're having a much bigger outbreak) is concerned about the heart inflammation side effect of Pfizer so I think his plans are AZ.

gooblax said:
But if the latest outbreak here gets big, AZ would've been better than nothing. Plus I'd probably be able to get the 2nd dose of AZ around the same time as 1st dose of Pfizer, given how long it'll likely be until they get stock of Pfizer to open up to under 40's.
My brother (in Sydney where they're having a much bigger outbreak) is concerned about the heart inflammation side effect of Pfizer so I think his plans are AZ.
Click to expand...

True enough. And I definitely would have taken the A-Z vaccine if I didn't have a choice.

Do you know if Australia has any supplies of the Pfizer or Moderna vaccines? Do you have a family doctor who might be able to help in that regard?

David Baxter said:
Do you know if Australia has any supplies of the Pfizer or Moderna vaccines? Do you have a family doctor who might be able to help in that regard?
Click to expand...

We're gradually getting more Pfizer supplied but they're forecasting opening it up to under 40's around late September. As it is, 40-60's (eligible for Pfizer at the moment) are having trouble booking appointments before September. No one in Australia has Moderna yet - first shipments come next month. Looks like they're ramping down AZ in proportion to the new supply of Pfizer.
Seeing a GP wouldn't help at all, aside from if I wanted to discuss with them the risks of getting AZ now vs. waiting around.

The risks associated with the A-Z vaccine are still pretty small unless you have other medical conditions.

If there are no other medical conditions, and that's the only option available to you, and you don't want to wait for September, it's still a viable option.

Then again, September isn't that far away.

How quickly is COVID spreading near you and do you know which variant is predominantly active (original, alpha, delta)?

Yeah, if I was in Sydney which is getting ~200 Delta cases per day even with lockdown I'd get the AZ due to the risk of catching COVID.

In Bris we're just at the start of a Delta outbreak - from 2 cases earlier in the week at a highschool to 6 new ones announced today, prompting a 3 day lockdown to try and stop it from getting bigger.

I guess the thing about September for Pfizer is that I see it turning into November. We're very far behind schedule, and if over 40s are still trying to make bookings in September then I wonder when they'll actually open it up to younger people. And from there they'll probably just say free for all 17+ so it'll be first in best dressed and good luck making a booking. With my limited means of transport I won't have the luxury of calling around to a whole bunch of places. I can't imagine the govt getting their act together to make the end of the rollout any better than the start.

I guess it's a matter of wait and see for you then? If case numbers start rising quickly in your area, the A-Z vaccine would be recommended.

Yeah I guess so. But if it rises here then I imagine more people will just decide to get the AZ too, making that more difficult. Honestly I'm surprised they were offering it at the mass vaccination clinic today because our state's chief health officer is still against under 60's having AZ.
We've had to wear masks for the last 3 weeks so hopefully that'll limit the spread from this outbreak.
Maybe I should go with AZ regardless to avoid the so-called Pfizer 'boob job'.
Last edited: Jul 31, 2021

I don't know what is meant by the "Pfizer boob job".

David Baxter said:
I don't know what is meant by the "Pfizer boob job".
Click to expand...

Apparently the swollen lymph nodes cause a bit of a temporary size increase for some women as a side effect.

It turned out to be a really good session. Now I just have to magically absorb the positive bits and not start doubting whether it's true or getting worried about "but if xyz changed then it wouldn't be true anymore" etc.

For Q1: No he wouldn't have pretended to care more because he doesn't "pretend" to care because he doesn't think that's therapeutically helpful. But he thinks that as he gradually helps someone and they show some vulnerability he starts to care more about them (although emotionally-limited by being a professional therapist) as he sees that he can help the person. So he said that back in 2008/2009 we didn't really get to a point where he saw a way to help and that he'd considered referring me to someone else but I'd said I didn't want to talk to someone else, so he figured at least seeing him was better than nothing. He also said that now that I've expressed how hard things were then and he understands more he feels a bit sad and wishes that he could've done more at the time, but pointed out how my low self worth was very much in the way and agreed that it was a self-reinforcing loop. And then focused on how I'm not always stuck as much as I used to be, and that it'd be better to look forward to things I can change now rather than the hurt of the past.

For Q3: I rephrased and asked if he saw being emotionally expressive or saying that I'm hurt about something or struggling with something as being weak, pathetic and disgusting. He said he doesn't, and he's pleased when I share about how I'm feeling with him, and sees it as a good thing that I'm getting better at sharing my hurt with him.

He gave me homework to try and challenge my critic when it starts being negative or making me worry about things, because the critic causes me to shut down and not be open about stuff and so then I don't get to find out that it's wrong etc.

Yeah, and we got through it without anything insensitive or unintentionally upsetting too. So it's miles from where we used to be, both in terms of how I talk about stuff and how he responds.

I don't even know what I'm making myself upset about this time. Just thinking how unhelpful the counselling help chats usually were whenever I needed help. But there were a couple of times when I made myself phone and it was usually better although hard to talk. The first time I called it was option A with the phone in one hand or option B in the other and the counsellor helped me calm down enough to put down option B.
Something to counter the "I'm not worth it" thoughts maybe.

I still don't like that I'm trusting my therapist more. It leads to conversations that feel a lot better than older ones, but how can I know if it's ok to trust those feelings? Or if I can really trust him not to change his mind/attitude towards things or respond differently?

Perhaps it would help to focus more on the process -- e.g. being open -- and less on the outcome? In other words, having a more internal locus of control.
Last edited: Aug 10, 2021

Daniel said:
Perhaps it would help to focus more on the process -- e.g. being open -- and less on the outcome? In other words, having a more internal locus of control.
Click to expand...

The only reason for doing anything is to achieve some outcome, so I don't see how that would make sense. I don't want to be open for the sake of it. 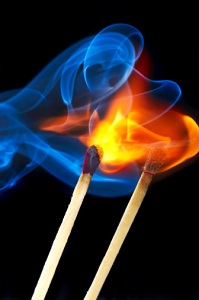 "Psychotherapy, almost by definition, helps people to better regulate their internal processing and focus on developing a stronger internal locus of control."

Life is a LOT easier if you assume that people can be trusted unless or until they give you a reason to not trust them.

That doesn't mean that you shouldn't be alert to red flags. It simply means that you don't assume the flags are actual indicators of a threat before you have any objective evidence for that.

I guess when it comes down to it, I only have a pretty surface level trust of people. Part of the issue with people generally is that I don't feel like I can assert boundaries, so I have no defence against things and everything seems intrusive. That's something that I should probably work on at some stage.

But more specifically I also don't really trust people with info about things I have feelings about. I don't see that as really being a problem generally, but it makes things hard in therapy even though I've given a lot of 'feelings information' to my psych now.

It was quite the giant sized red flag when I first brought up the 'thinking he doesn't care' issue, considering his response. But he's apologised (for being "confusing" which seems to be his code word for "saying something really insensitive that came across differently than he'd intended" but it's ok, he can keep his code words for now) and apparently now I'm somewhere further up the caring-about hierarchy than I used to be. It's counterintuitive to me that I have to be more open about what I'm feeling to get a more supportive/helpful response. I probably shouldn't be surprised by that because more information usually leads to better decisions (to a point) but I dunno. I'm kind of used to being shamed for feelings so it seems like giving more info is inviting more shaming.
You must log in or register to reply here.
Share:
Facebook Twitter Email Link