Back in college, I switched from being an astrophysics major to computational neuroscience. The reasons are complicated, but suffice it to say that I found the human brain to be as big of a mystery as black holes. I’ve worked as an engineer for two decades on applications ranging from medical devices, to digital music recognition, to high speed chip design. Writing science fiction is the second act of my life, and I love drawing on my science background to inform my stories. I especially love taking cutting-edge technology and thinking about how it could impact future society, from the global to the individual. 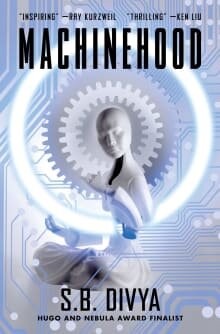 What is my book about?​

It’s 2095, and humanity is entirely dependent on pills that not only help them stay alive but allow them to compete with artificial intelligence in a ubiquitous gig economy. Welga Ramirez, executive bodyguard and ex-special forces, is about to retire early when her client is killed by the Machinehood, a new and mysterious terrorist group. Their operatives seem to be part human, part machine, something the world has never seen. They issue an ultimatum: stop all pill production in one week.
Welga, determined to take down the Machinehood, is pulled back into intelligence work by the government that betrayed her. But who are the Machinehood, and what do they really want? A thrilling and thought-provoking novel that asks: if we won’t see machines as human, will we instead see humans as machines?

The books I picked & why​ 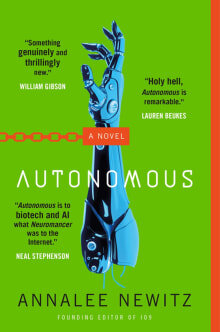 Annalee Newitz is the founding editor of io9 and a science writer who knows their stuff. In Autonomous, they’ve created a believable world that’s neither dystopian nor utopian. This is the book I might’ve written had I set Machinehood another 50 years in the future. Autonomous came out two years before my book, and when I started reading it, I got worried that my novel (in progress at the time) was obsolete. Luckily, we take some different twists and turns, and this book focuses more on biotech and less on A.I., while my novel does the inverse. It’s a fun, fast-paced thriller that asks questions about sentience, free will, humanity, and identity – everything I love in a story.

Infomocracy: Book One of the Centenal Cycle​ 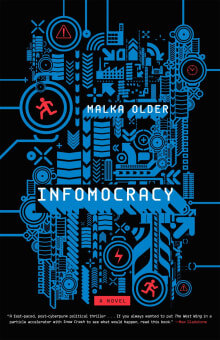 Infomocracy has one of the most original science fiction concepts that I’ve read in in a very long time. It’s set in a grounded near future with a radically different, but still democratic, global governance system. The story and characters are engaging, but what really stood out for me is how well Older has thought through this new form of geopolitics. It’s a fascinating read, and if you’re like me, you’ll be thinking about whether this is a good and workable solution long after you’ve finished the book. 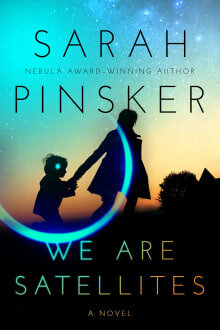 I love pretty much anything that Sarah Pinsker writes. We Are Satellites is no exception. Her prose goes down like butter – simple but smooth and rich in flavor. Her characters are engaging and very real. They’re ordinary folks dealing with small problems that sometimes grow into having wider repercussions. This novel presents a near future with a believable core technology (a brain implant), and follows a family as it deals with the ramifications of acquiring this new device. It’s a slice of life story that has some fun turns and a heartwarming conclusion. If there was a subgenre called “cozy sci-fi,” this book would qualify. 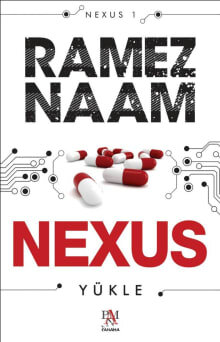 Nexus explores the idea of collective consciousness via technology in a way that has similarities to my own writing and ideas. For one, people use drugs to modify their brains, which I find is the most likely way to get people to accept biotech. Surgery is fraught with perils, but pills are easy to swallow. The plot features plenty of action, geeks, and technology, all of which I love, and the story incorporates elements of eastern philosophy that crop up in my own work, as well. 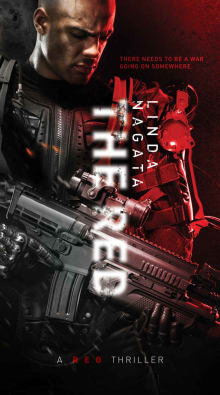 First Light is another interesting exploration of artificial intelligence and brain/body modification. The story focuses on a soldier and has a good amount of techno-thriller type action. It keeps the pace nice and quick, and I found the main character and his squad to be full of fun, sympathetic characters. Nagata has written some excellent far-future worlds (e.g. The Bohr Maker), but in this novel, she sticks to the upcoming decades, and along the way, she raises some great questions about morality and humanity.

Administrator
The book with the highest Amazon rating is free with Kindle Unlimited: 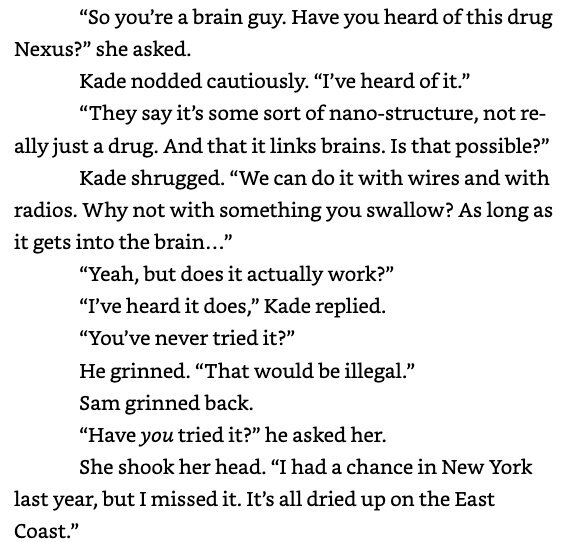