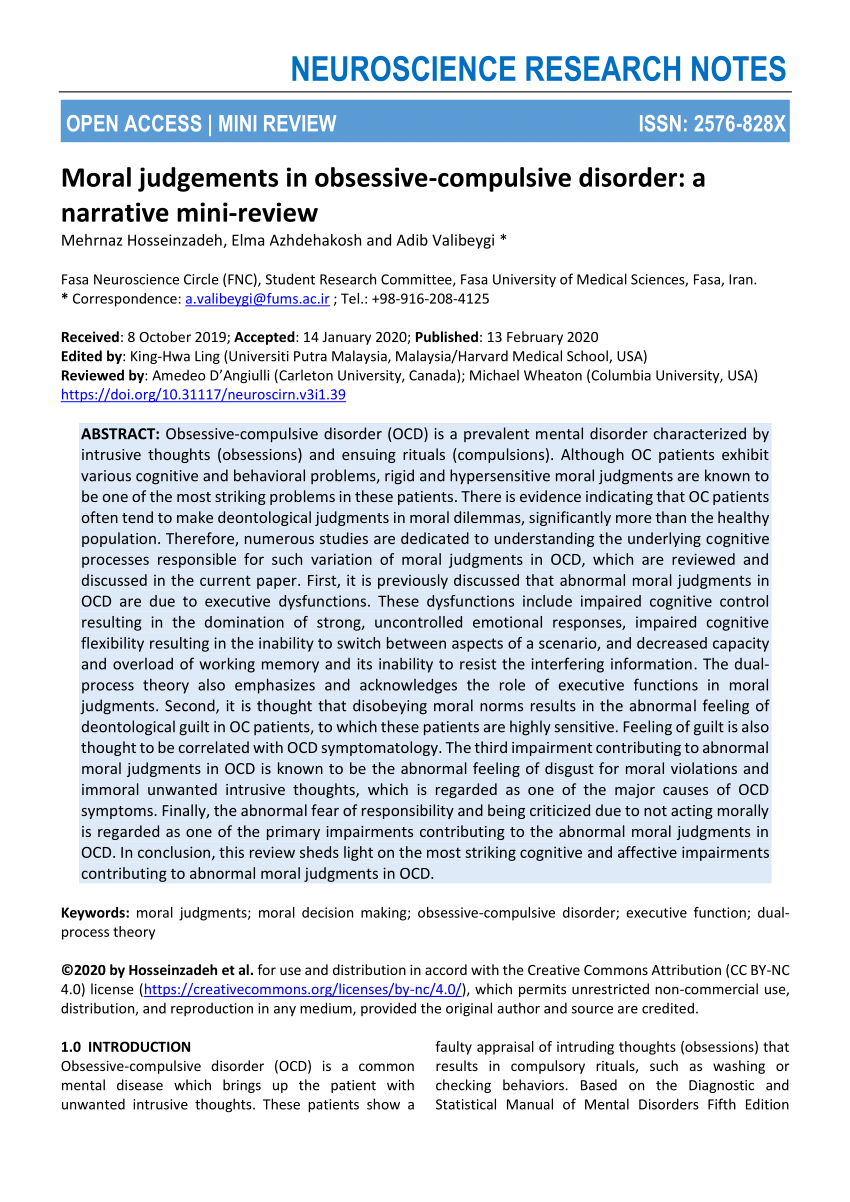 PDF | Obsessive-compulsive disorder (OCD) is a prevalent mental disorder characterized by intrusive thoughts (obsessions) and ensuing rituals... | Find, read and cite all the research you need on ResearchGate

Abnormal moral judgments in OCD are due to executive dysfunctions. These dysfunctions include impaired cognitive control resulting in the domination of strong, uncontrolled emotional responses, impaired cognitive flexibility resulting in the inability to switch between aspects of a scenario, and decreased capacity and overload of working memory and its inability to resist the interfering information...

Disobeying moral norms results in the abnormal feeling of deontological guilt ["guilt originating from the violation of a rule"] in OC patients, to which these patients are highly sensitive... 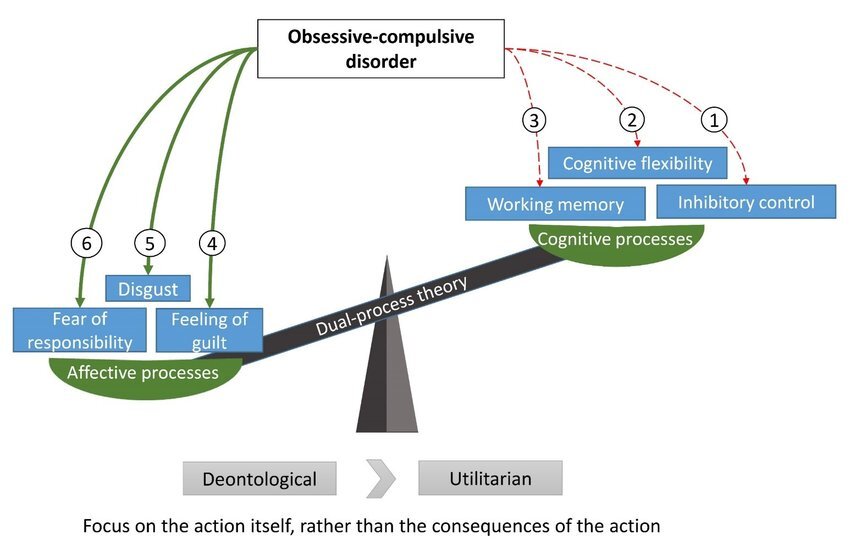 en.wikipedia.org
Morita therapy directs one's attention receptively to what reality brings in each moment—a focus on the present, avoiding intellectualising. Simple seeing what is (without judging), allows for active responding to what needs doing. Morita therapy is effective for OCD patients who reject exposure and who are inclined to intellectualize their emotions.

Morita Therapy is both a practical and deeply spiritual approach to human wellbeing. It offers new insights into anxiety and sensitivity.

According to Sartre, we must always choose, notwithstanding the ambiguity and uncertainty of the future. If we waited to be sure about what to do about the problems of everyday living, we would never act. Moreover, according to Sartre, there are no hard-and-fast standards that can save us from the inevitability of having to choose in the face of uncertainty. If we are stuck in ‘analysis- paralysis,' we would have decided by indecision, and we give up our creative power as intelligent humans.
Last edited: Nov 7, 2021

“The chief danger in life is that you may take too many precautions.”

"The courage to be happy also includes the courage to be disliked. When you have gained that courage, your interpersonal relationships will all at once change into things of lightness."

“Suppose you have placed “doubt” at the foundation of your interpersonal relations. That you live your life doubting other people—doubting your friends and even your family and those you love. What sort of relationship could possibly arise from that? The other person will detect the doubt in your eyes in an instant. He or she will have an instinctive understanding that “this person does not have confidence in me.” Do you think one would be able to build some kind of positive relationship from that point? It is precisely because we lay a foundation of unconditional confidence that it is possible for us to build a deep relationship.”

Daniel said:
"The courage to be happy also includes the courage to be disliked. When you have gained that courage, your interpersonal relationships will all at once change into things of lightness."
Click to expand...

Interestingly, this is one of the great advantages of getting older. For me, I still want to make efforts to understand and comfort other people and I do try not to offend them unnecessarily but at the same time I'm not going to take any crap from anyone. I honestly don't care any more whether or not people dislike me — I would prefer that they like me but I know that not everyone will and I am honestly not disturbed or upset when someone doesn't like me. In my youth, I would have pretended not to care; now I really don't care.

The integrated fear of self model proposes that threat to self-concept, along with other cognitive factors, may be an active generator of intrusions through hypervigilance to self-threats. The impact of fear of self contrasts with the traditional concepts of cognitive appraisal models of vulnerability to OCD, in which one has passive weak spots for misappraising spontaneous intrusive content in certain sensitive areas (Doron & Kyrios, 2005; Doron et al., 2007).
Last edited: Dec 1, 2021
You must log in or register to reply here.
Share:
Facebook Twitter Email Link